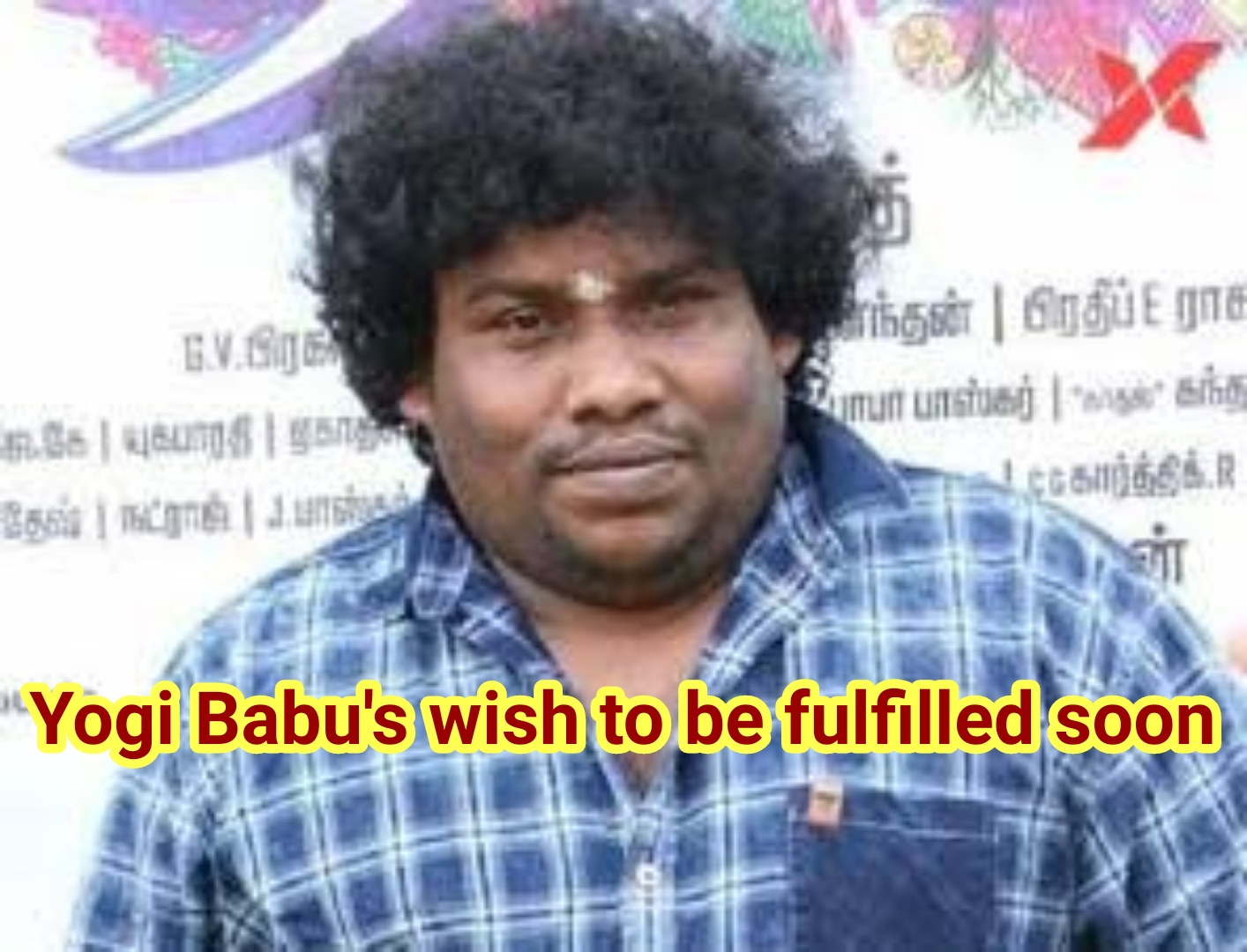 Yogi Babu is one of the actor on great demand in Kollywood. Director Vijay Sree G debuted as a director through Charuhassan starring “Dha Dha 87” which released in 2019. The movie was critically acclaimed by journalists and audience.

Vijay Sree G next started working on “PUBG” in which actor Vikram’s nephew Arjuman is debuting as a hero in the movie. The movie talking portions have 95% completed and songs shoot is pending in it. The balance shoot is getting delayed since Arjuman has few getup changes in the movie.

In the mean time, few weeks ago Vijay Sree G had made an announcement about his fifth project titled “HARAA”, in which Silver Jubilee star Mohan is playing the lead role. The title poster released during the announcement of the movie created a buzz in Kollywood industry and among the fans of Mohan.

Recently Yogi Babu celebrated his son’s first birthday in Chennai. Many celebrities were invited for the birthday party. Actors Sivakarthikeyan, Udhayanidhi, Mohan, Directors Sundar.C, Mari Selvaraj, Businessman Legend Saravana, and many celebrities graced the function. It is said that Yogi Babu is a fan of Mohan and during the birthday party he had been speaking to actor Mohan and wished him for his new movie titled “HARAA” to kick-start soon.
Sources add that Yogi Babu while conversing with Mohan had expressed his interest to act along with Mohan in “HARAA”. Sources also adds that actor Mohan had spoken regarding this to director Vijay Sree G and Vijay Sree G has also expressed his interest and accepted to cast Yogi Babu in “HARAA”. To confirm about this news speculation, our reporter contacted Vijay Sree G and enquired regarding this speculation. Vijay Sree G accepted that he met Yogi Babu recently, but did not wish to reveal the reason of his meeting with him. Vijay Sree G said that soon there would be an announcement about the other artistes who would be casted in “HARAA”.