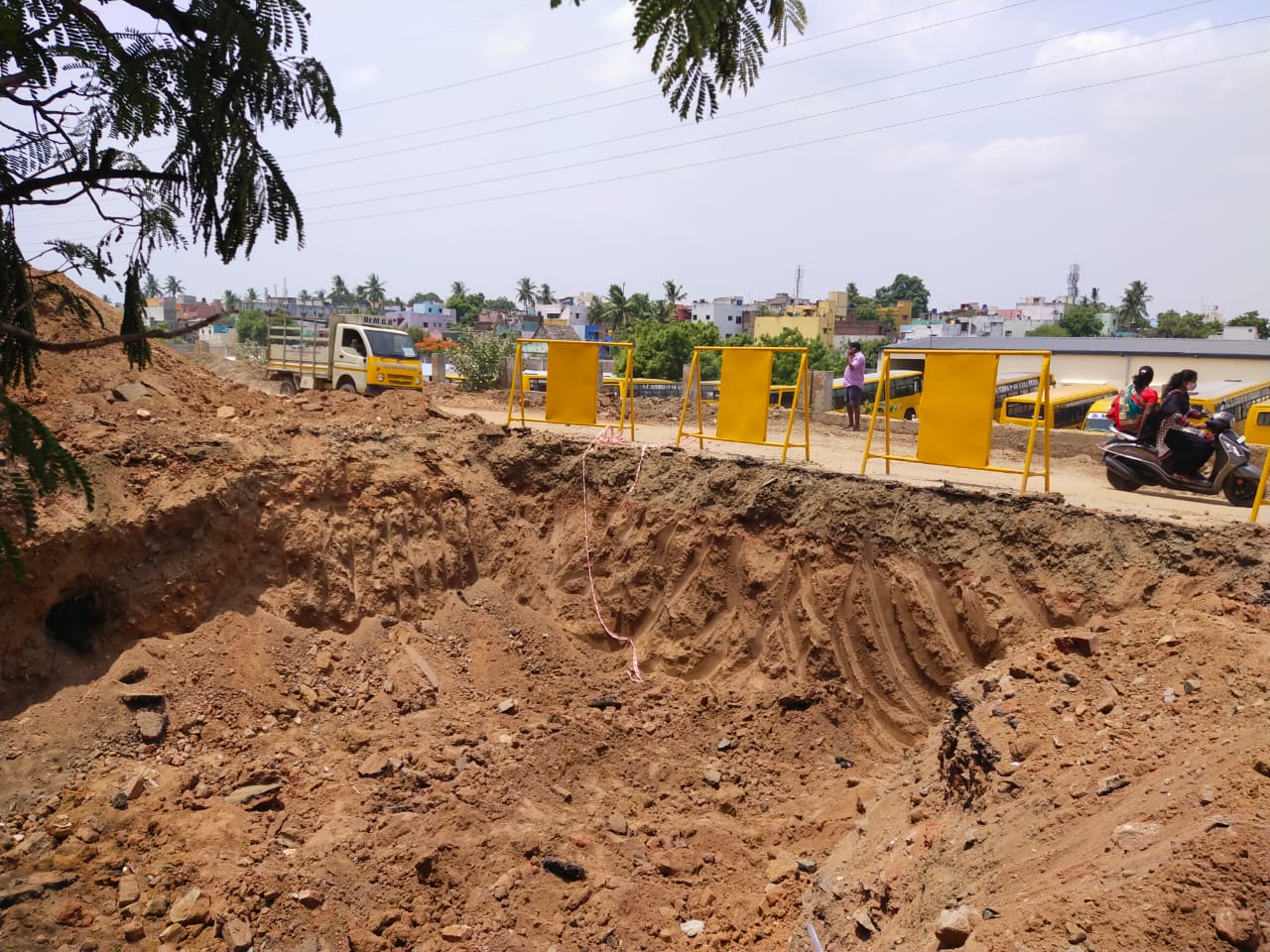 ACS Educational institutions was founded by A.C.Shanmugam an ExM.L.A and Ex-MP during the early AIADMK period. Later he quit AIADMK and floated a new party named ‘New Justice Party’ a decade ago.

In the 2019 Parliamentary Election New Justice Party joined hands with with AIADMK-BJP alliance and A.C.Shanmugam contested from Vellore constituency and lost.

In 2006 when Late.J.Jayalalitha was the Chief Minister of Tamil Nadu, she ordered to demolish the illegal buildings constructed on Couam river banks encroached by M.G.R. Engineering College and Thai Moogambigai Dental College owned by A.C.Shanmugam and their family members. It is said that many properties belonging to A.C.Shanmugam and his Educational Institutions were constructed on Poromboke lands and many complaints have been made against them.

An open land adjacent to the Maduravoyal ring road is said to be belonging to A.C.S Educational Trust. In-between the open land and Rajareshwari Engineering College is a 40 feet Panchayat road. Few days ago, the college management has started doing deep excavation work. The local residents around the college area complain that the college is planning to construct a sub-way connecting Rajarajeshwari Engineering College premises and the open land belonging to A.C.S.Educational Trust. 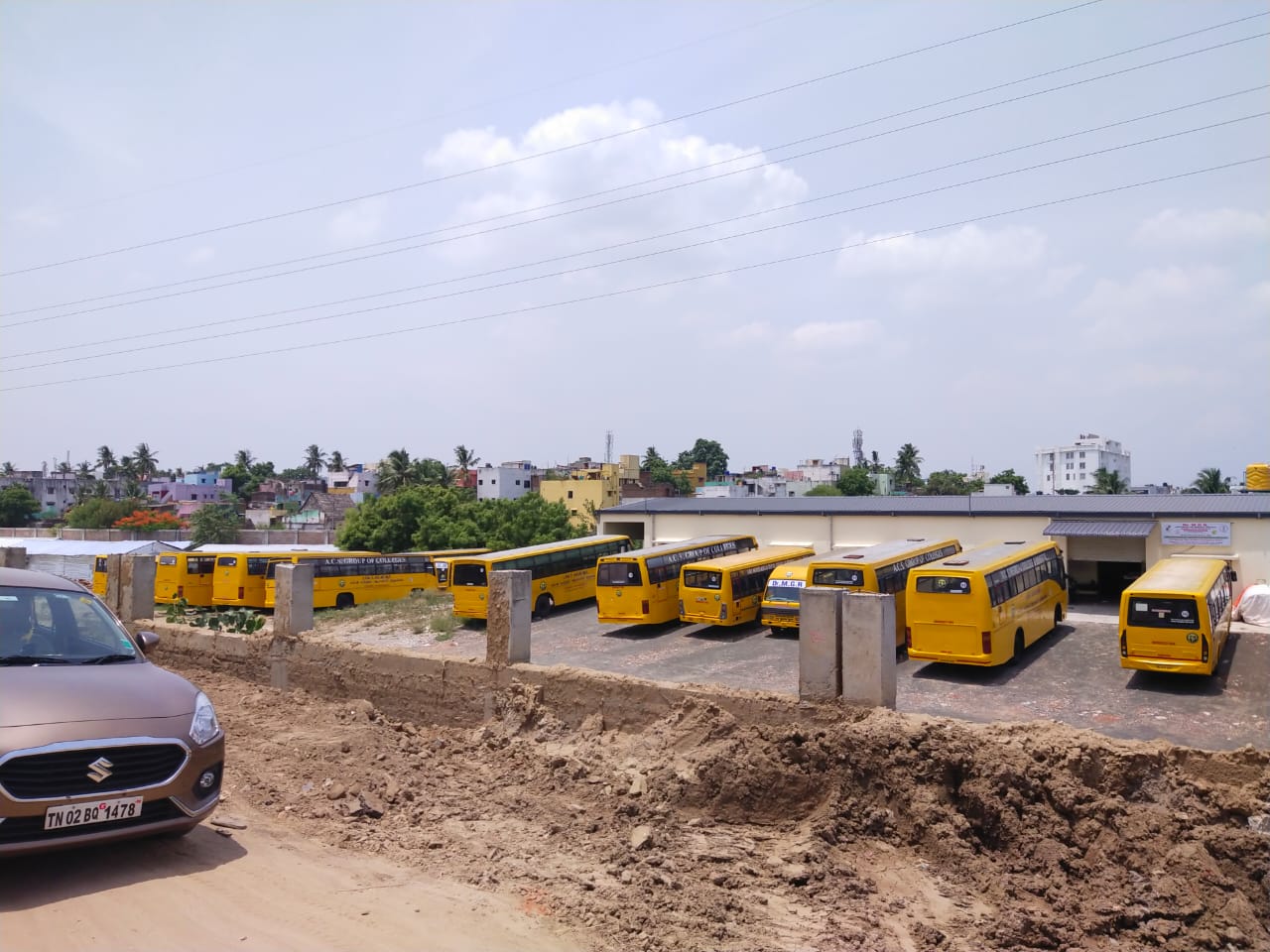 Our reporter contacted the Block Development Officer (BDO) Balasubramaniam and enquired about it. Balasubramaniam replied that there was no budget in their Villivakkam Town Panchayat to construct a sub-way in the said location. Few minutes later Balasubramaniam called our reported and conveyed that he was new to this panchayat and was not aware about the sub-way work. He added that his sources says that a lady who was earlier the BDO of Villivakkam Town Panchayat had given approval to A.C.S.Educational Trust to construct the sub-way and would confirm it’s authenticity only after checking out the papers related to the sub-way mentioned. 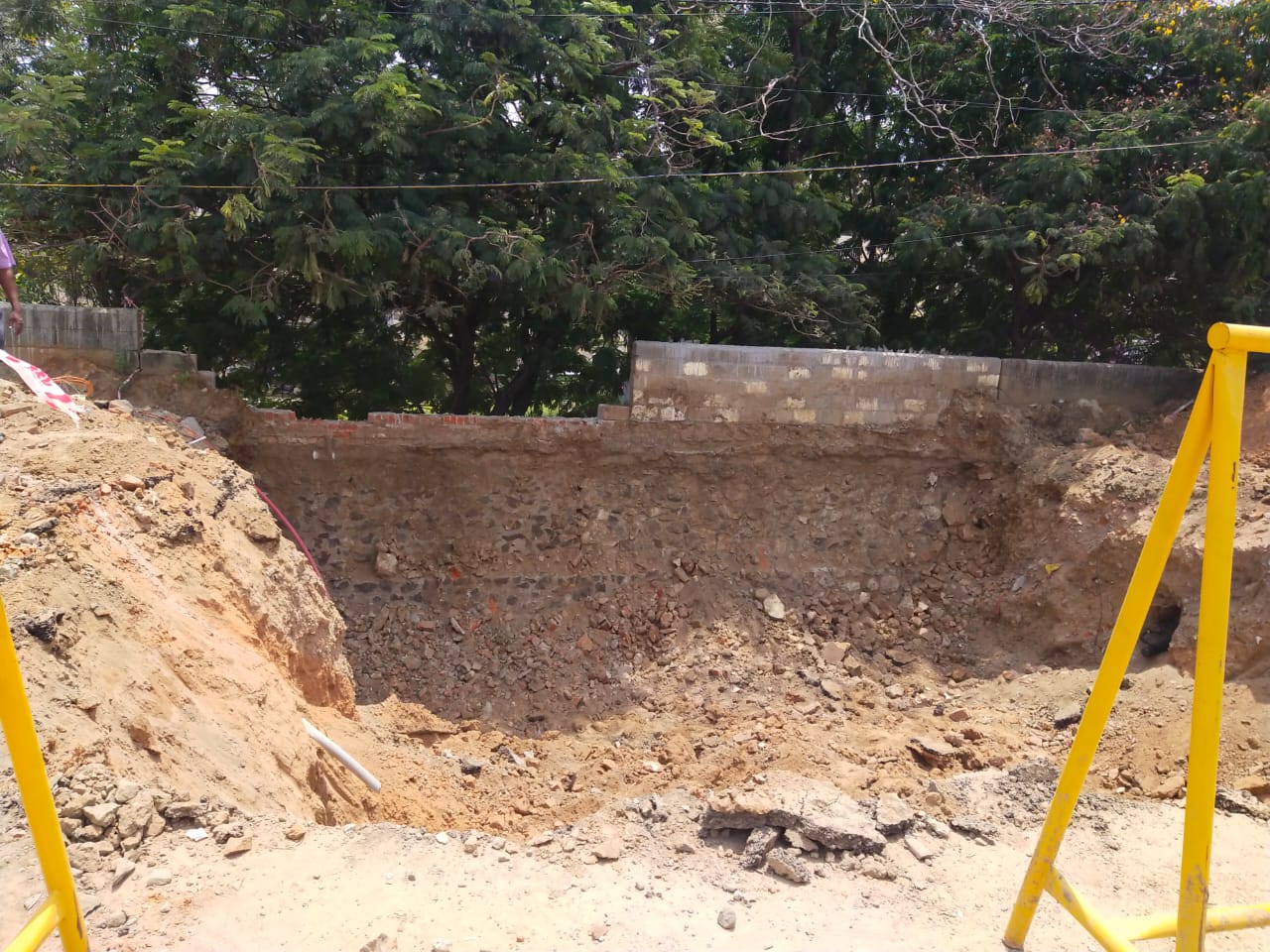 Our reporter after visiting the sub-way excavation area confirms that the proposed sub-way is very close by to the Couam river and construction of this sub-way would surely be a hazard to the surrounding areas during heavy rain or floods.

Our reliable sources confirm that the location is not advisable to construct a sub-way. If at all permission had been granted by the earlier BDO and other officers, no proper procedure has been carried out to check the condition of the soil to construct a sub-way. Our investigation raises doubt that corruption would have played a major role and A.C.S Educational Trust is dare enough in constructing an illegal sub-way without carrying out proper norms and standards.

It is now the Collector of Thiruvallur District, Public Works Department and vigilance who need to investigate and stop construction of this illegal sub-way.