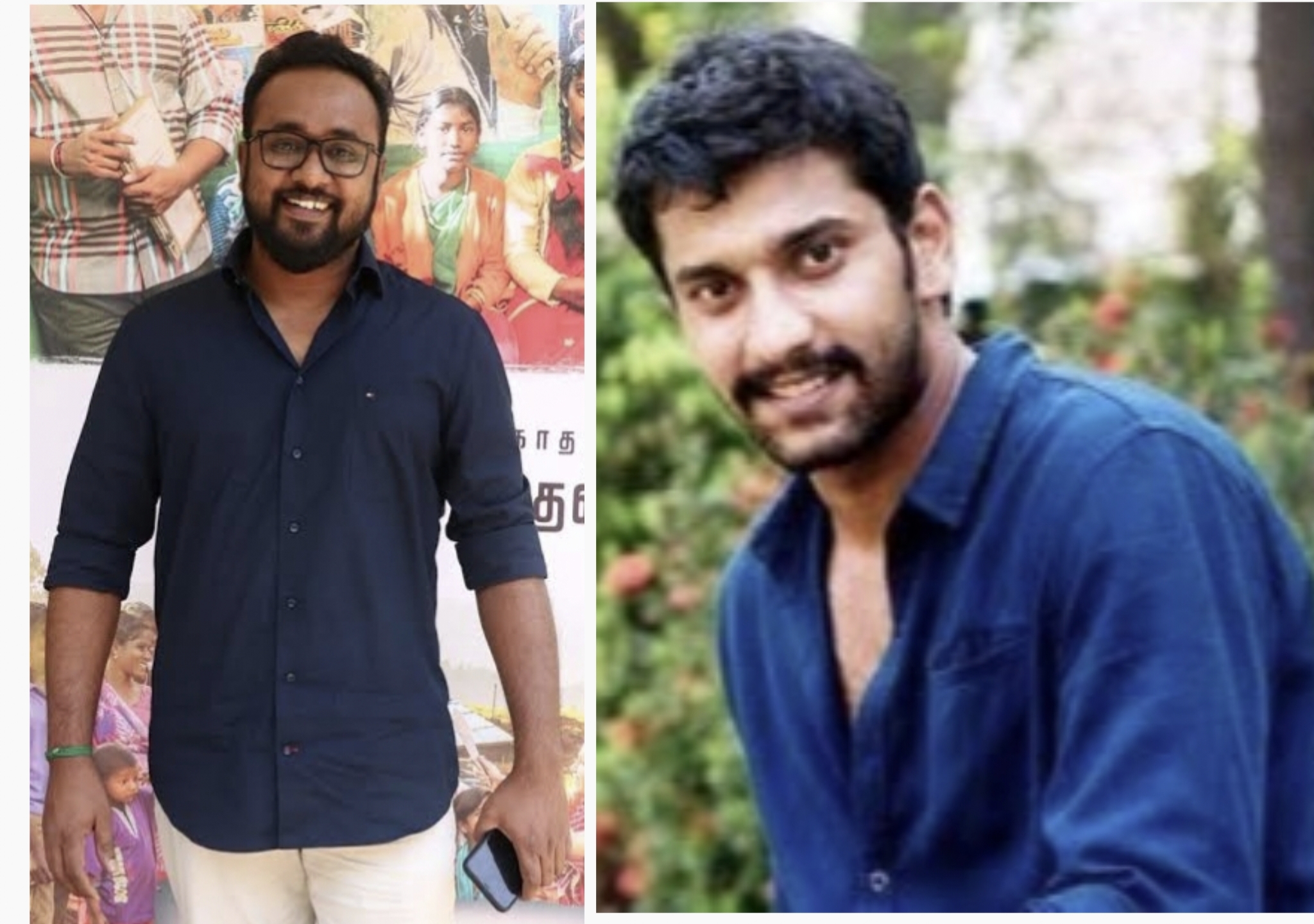 B.Sakthivelan of Sakthi Film Factory is said to be one of the leading and disciplined distributor in Tamil Film Industry. He started distributing films produced by actor Sivakumar’s family in which Suriya and Karthi were the lead star-casts. Later he moved into distributing films of other producers and various other artistes. Sakthivelan is an easy going person who is passionate on films. His guess about most of the films he plans to distribute have really worked out with success. Most of the films distributed by Sakthi Film Factory have made commercial successes and many were Blockbuster.

Sakthi Film Factory is now embarking on a new journey in showbiz by acquiring the complete outright purchase of a movie for the first time. The movie has been tentatively titled as ‘Arulnithi 15’ and is directed by debutante Vijay Kumar Rajendran. The movie is produced by cinematographer Aravinnd Singh on behalf of MNM Films. 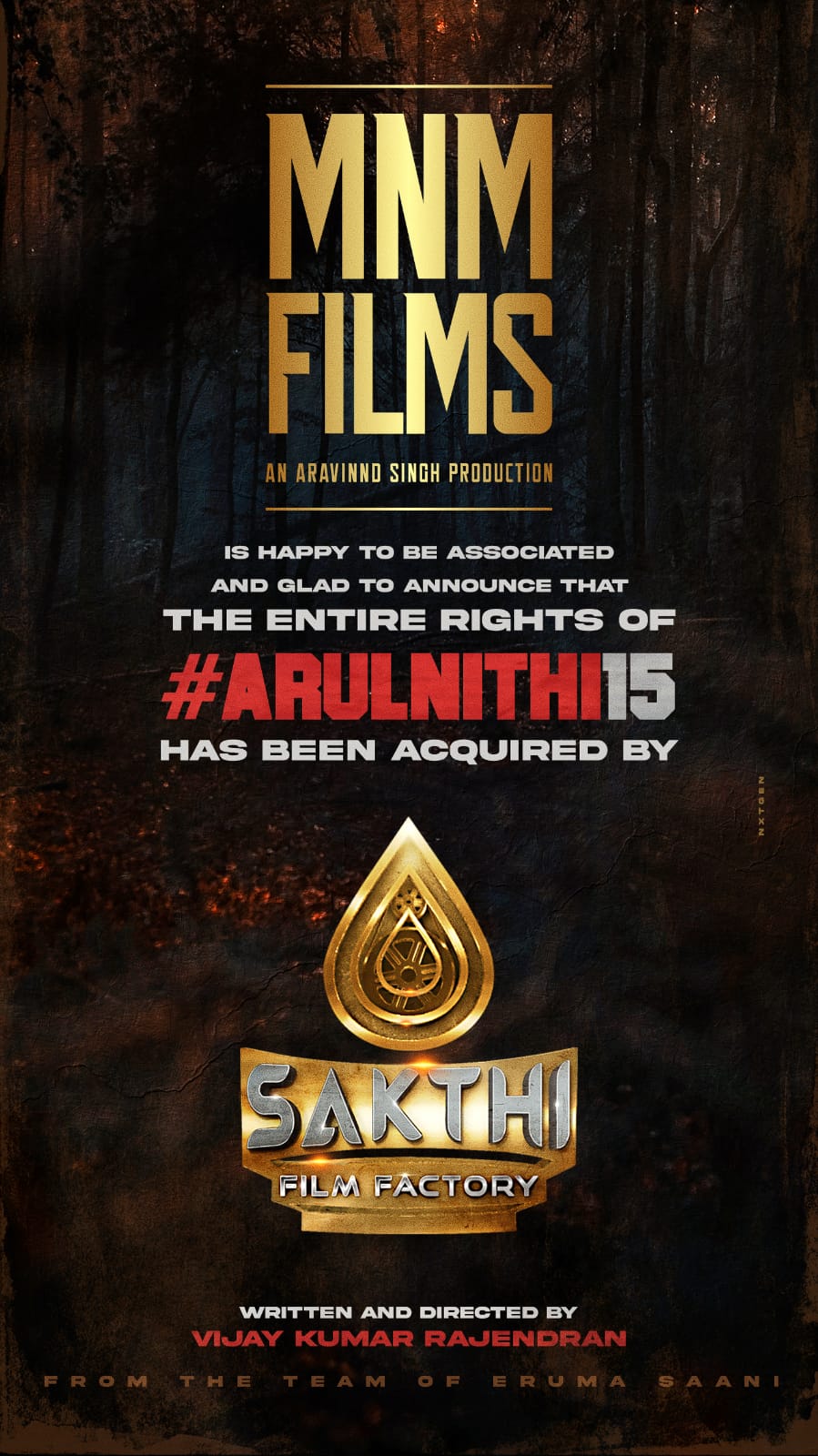 B. Sakthivelan of Sakthi Film Factory says, “Arulnithi has consistently proved his success by being a part of movies based on unique contents and family entertainers. Significantly, the success of his previous release Kalathil Sandhipoam has escalated his graph in the industry. I happened to watch the movie through a common friend’s reference. To be frank, I had no clue about how the movie is going to be. However, I got amused watching it and strongly felt it owns the potentials to grab the attention of all kinds of audiences. Besides, the extraordinary performance of Arulnithi has intensified the premise of the story, and he will land upon a bigger league of stardom after this movie release. Soon after the show, I was irresistibly inquisitive towards acquiring the complete rights of the movie. The word ‘Proudly Presents’ is a common term used in many movies, but it’s emotionally relevant with this project for the entire team of Sakthi Film Factory as I am confident that it will be a delightful experience for the audience in theatres. We are happy to unveil the first look on (July 21,2021).

Producer Aravinnd Singh of MNM Films says, “I am elated to see the complete rights of my maiden production acquired by a well-esteemed brand like Sakthi Film Factory. It has instilled in me, a lease of high-level confidence that content-driven movies with the right team will yield the finest results. I thank Arulnithi for his phenomenal efforts in ensuring that the movie turns to be a remarkable feat of accomplishment for everyone in the team. It feels good to deliver a good content and later the content getting support from a brand like Sakthi Film Factory.”

Director Vijay Kumar Rajendran says, “When I got an opportunity to make my directorial debut with this movie, I strongly felt that it isn’t just proving my potentials, but setting a benchmark of inspiration for other YouTubers, who are ambitious on embarking on their directorial journey in the industry. And now, to have a reputed brand like Sakthi Film Factory recognizing the project and taking forward it to a bigger release has endowed me with sheer happiness. This movie will be great for all audiences, especially youngsters as the story is set against the college backdrops. We are planning up for a wider stretch of promotions for this movie and will be commencing them soon.”