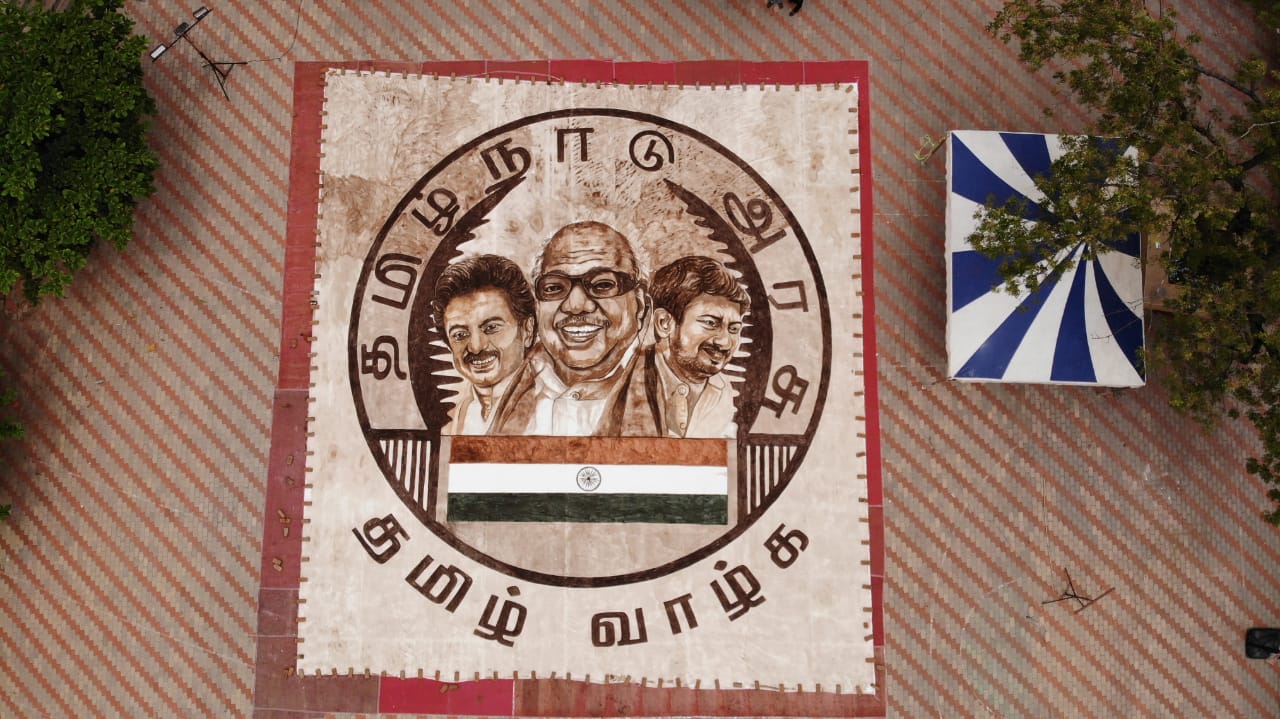 Sivaraman is a painting artist aged 35. He hails from Kanyakumari district. He says that he is passionate on art & painting. He adds that he is very much particular in breaking earlier guinness records through his painting art.

Sivaraman decided to attempt doing a Coffee Painting to break the earlier guinness record. As decided, Sivaraman made his Coffee Painting on the occasion of the 2021 Indian Independence Day. The Coffee Painting of Sivaraman was performed at St. Ann’s Matriculation & Higher Secondary School located at Madhanandapuram on the outskirts of Chennai city.

Sivaraman in his attempt made a Coffee Painting for a measurement of 2500 square feet. The painting had the busts of a generation from a political family, i.e., Ex-Chief Minister Late. M.Karunanidhi, Present Chief Minister M.K.Stalin and his son Udhayanidhi Stalin. 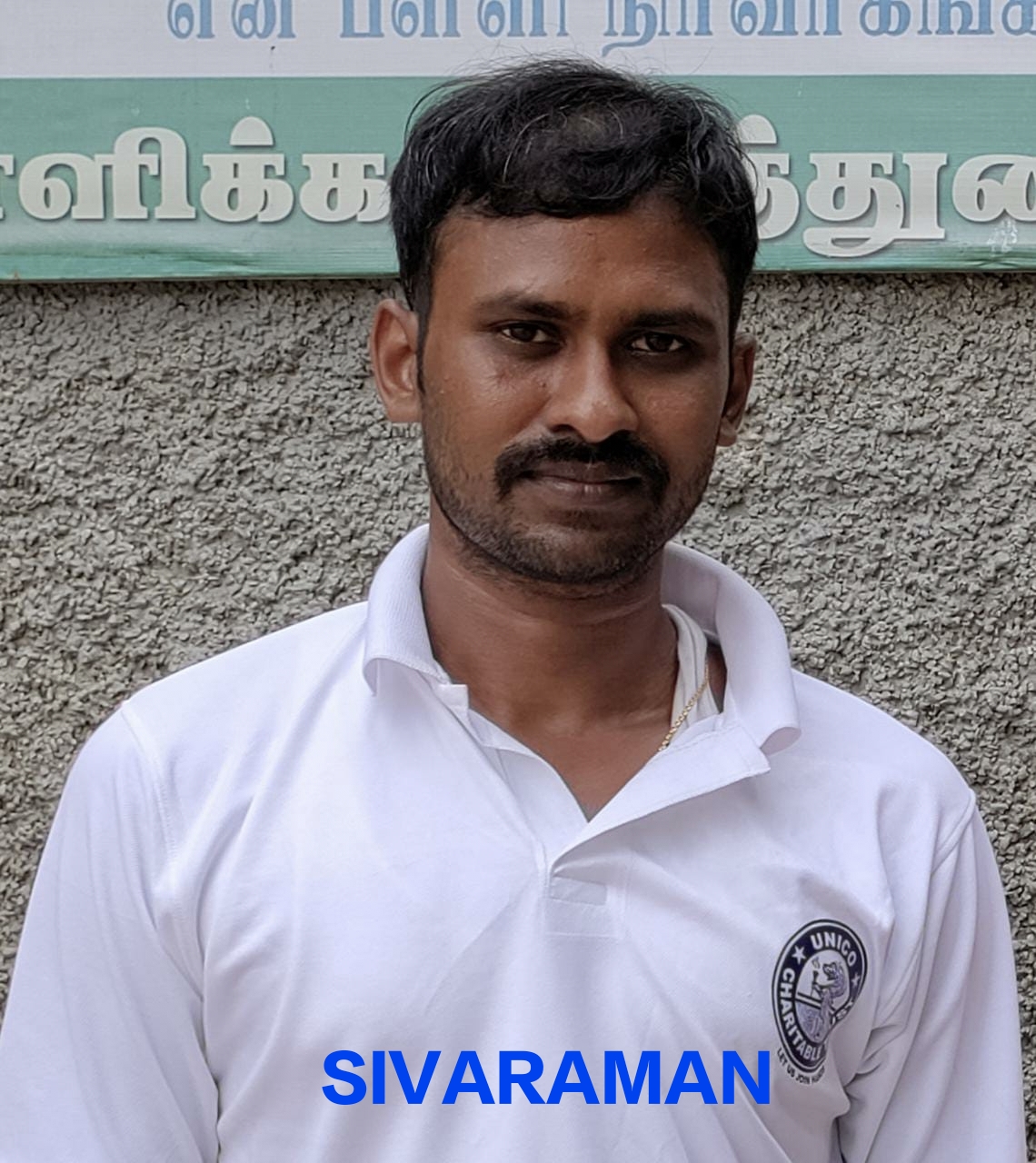 The painting was made with 12 kilograms of Coffee powder and water mixed in it. It is said that it took around 24 hours to complete this painting. Saudi Arabian artist Ohud Abdullah Almalki is the current guinness record holder who had done a Coffee painting with a measurement of 2378 square feet in 46 days.

The Coffee Painting was sponsored and organised by a 28 year old youngster Arivunidhi Selvaseeman of Chennai. 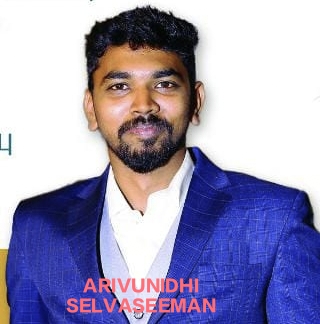 Click the below link to watch the Coffee Painting video of Sivaraman: