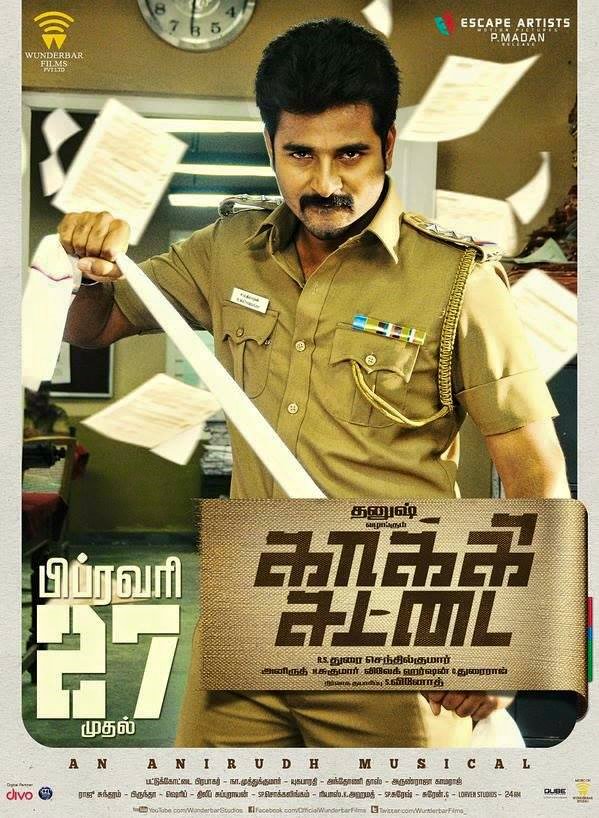 Sivakarthikeyan performance as a Hero made Box office collection and this tempted Dhanush to produce an another film “Kakki Sattai” with Sivakarthikeyan, Sridivya and few others from “Ethir Neechal” team. Since Sivakarthikeyan’s market in the film industry grew up, automatically the salary for his films elevated drastically. Along with his salary elevation his mannerism and attitude grew worse says Kollywood.

Sources say that in few circumstances Dhanush had decided to drop the movie and accepted to bear the loss. But Dhanush who had a soft corner on the director of the movie Durai Senthilkumar, maintained patience. It is said that Sivakarthikeyan’s continuous interference in the screenplay and making of scenes had disturbed Durai Senthilkumar. This had interrupted the shoot and there had been a break in the film for few weeks. Later few well-wishers of Dhanush had advised him to bear till the completion of the movie and sell the rights of the movie.

Madhan of Escape Artist Motion Pictures had come forward and had bought the release rights of the film “Kakki Sattai”. The press meet of the film took place yesterday(20th February 2015) in Chennai. The hero of the film Sivakarthikeyan, Durai Senthilkumar – Director, Anirudh – Music Director, Sukumar – Cinematographer, Madhan – Escape Artists Motion Pictures, Manobala and Iman Annachi both actors were present in the press meet. The heroine of the film Sridivya and the Producer of the movie Dhanush were both missing in the press meet. Director said that since Sridivya is busy in her shoot, she was not able to make for the press meet. But no one commented about the absence of Dhanush. Sivakarthikeyan started his speech by making a statement that there are rumours speculating that there had been difference of opinion between Dhanush and him and that rumours were false.

Was Dhanush really affected by the attitude and behaviour of Sivakarthikeyan? Did Sivakarthikeyan really interfere too much in the screenplay and scenes making of the movie “Kakki Sattai”? If the answer is yes to the two questions, then would the output of the movie satisfy the audience is a major question mark?

Let us wait till February 27 for the release of the movie estimate it and post our comments and reviews.