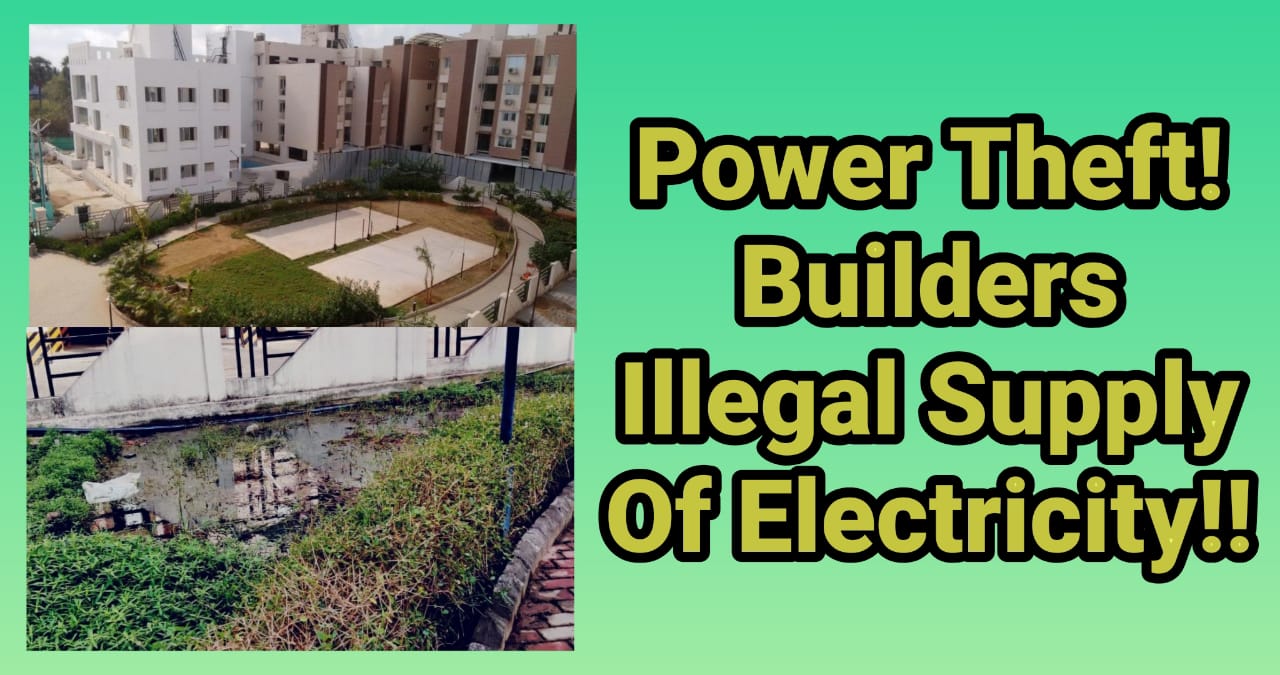 “Adinath Shantiniketan” is a residential apartment located at Manneswarar Nagar, Mannivakkam near Perungalathur on the outskirts of Chennai. The apartment was promoted by Aston Constructions Pvt. Ltd., promoted by Jitendra Bhandari, Akshay Seth and Anil Kumar Seth directors of the company.

Adinath Shantiniketan consists of 686 flats in total and 232 out of it has been sorted out for retirement community. All the apartment flats consisting of various blocks are inside a single compound. The apartment has been given approval by the Chennai Metropolitan Development Authority(CMDA) in the year 2012. CMDA has issued the Completion Certificate for the apartment in the year 2015.

Apart from the supply of illegal power supply and other malpractices related to it, the apartment residents suffer with improper construction of Sewage Treatment Plant. Residents complain that the sewage water overflows into children play area, Badminton Court and other open areas inside the apartment premises. Already the whole world is suffering by this Covid 19 pandemic and these sort of sewage water overflowing in common areas may lead to infections diseases like malaria, filaria, typhoid, dengue and many more diseases.

Residents of the apartment keep raising questions, how Tamil Nadu Pollution Control Board(TNPCB) had issued a No Objection Certificate for an improper Sewage Treatment Plant that has been constructed. Doubts arise whether corruption has played a major role in issuing No Objection Certificate by the Tamil Nadu Pollution Control Board.

Now immediate and proper action has to be initiated by TANGEDCO for Electricity Power theft and TNPCB to inspect the improper Sewage Treatment Plant.

Lets wait and see whether proper action is being initiated by the concerned government departments.