Screen Scene Media Entertainment Private Limited who had earlier produced an average movie ‘Iruttu’ and box office disaster movie ‘Dharala Prabhu’ later produced a Movie titled ‘MGR Magan’. Since ‘MGR Magan’ was not able to get released in theaters, later got released on Disney+ Hotstar OTT platform and failed to do well.

The production house’s two more projects ‘Idiot’ and ‘Saani Kaayidham’ which were completed long back are facing difficulties to get released in theaters. The production company had even approached many OTT platforms to make a direct release of ‘Idiot’ and ‘Saani Kaayidham’,but talks failed. In the meantime, Screen Scene, which had signed a three-film deal with Jayam Ravi, today released the title and first look of their first project among the three. The film has been named as ‘Agilan’. 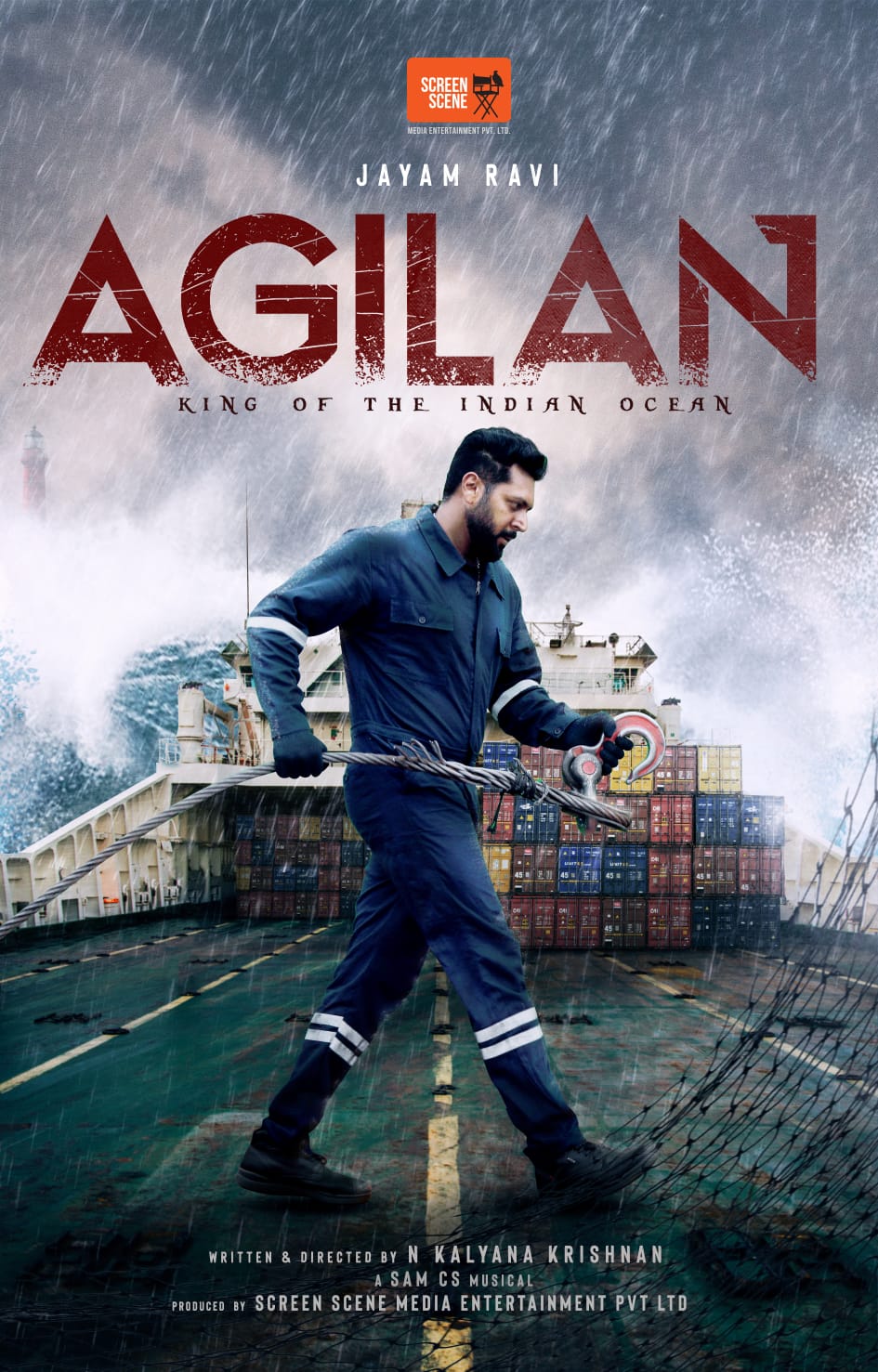 N.Kalyana Krishnan, who earlier directed Jayam Ravi starring ‘Bhooloham’ is directing ‘Agilan’, which would be Jayam Ravi’s 28th film. It is said that Jayam Ravi is doing a first-of-its kind role in his career. Priya Bhavani Shankar and Tanya Ravichandran are playing the female lead s in this movie.

Set in the backdrop of a harbour, major portions of the film were shot in Thoothukudi port, while some important scenes were shot in Kasimedu at Chennai. ‘Agilan’ which has completed 80 per cent of its shoot would be starting its next schedule of shoot at the largest container base in Gujarat and it would be a wrap-up of the shoot.

Sam.C.S is scoring the music for ‘Agilan’ while Vivek is handling the cinematography and Vijay Murugan takes care of the art department.

The tile and first look of Jayam Ravi starring ‘Agilan’ produced by Screen Scene Media Entertainment Private Limited and directed by N.Kalyana Krishnan were released today. The movie ‘Agilan’ is expected to hit the screens during summer 2022.