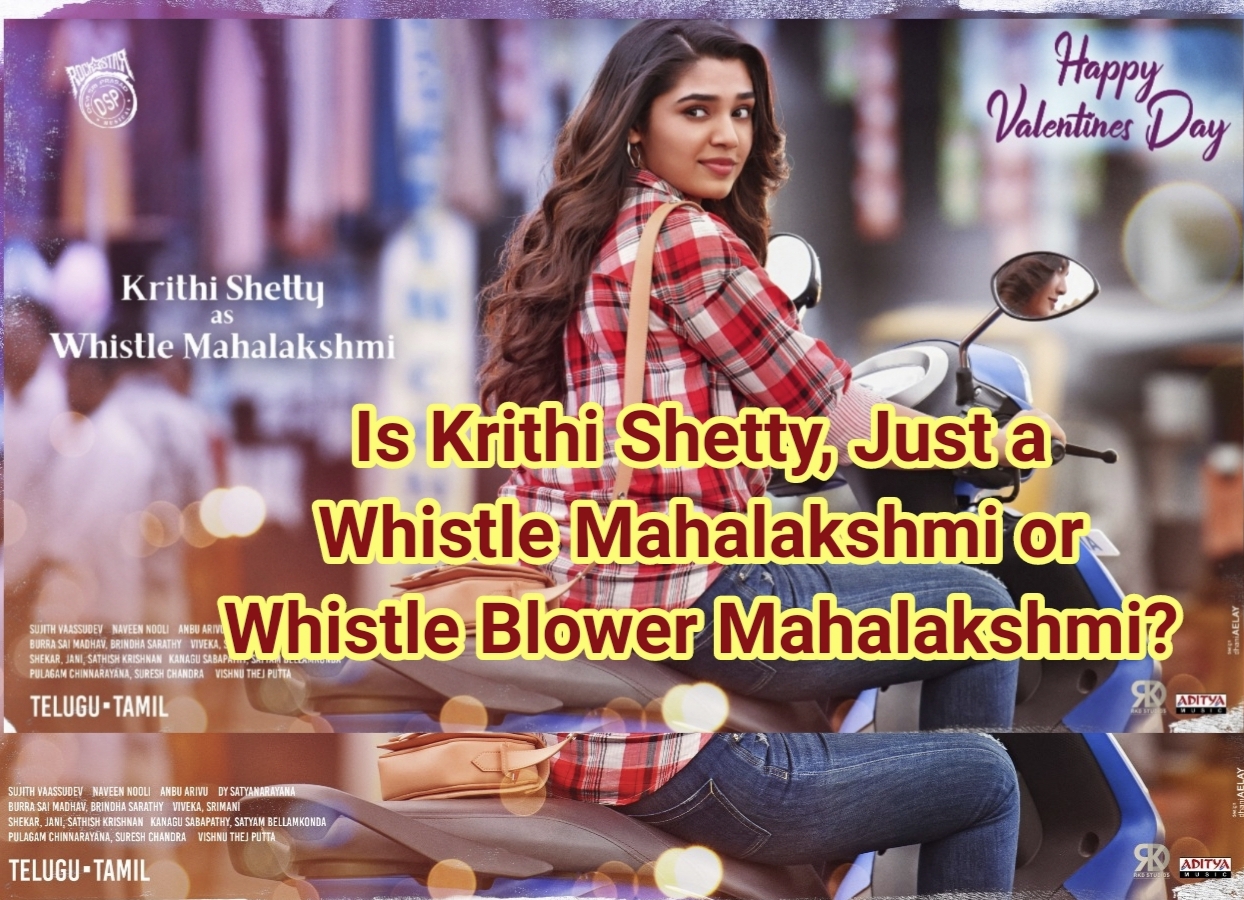 As Valentine’s Day special, the first look of Krithi Shetty from Ram Pothineni-starrer “The Warriorr’, directed by N.Lingusamy, has been revealed.

The poster shows Krithi Shetty riding a scooter with a shirt and jeans. “Krithi Shetty as Whistle Mahalakshmi” reads the poster, revealing the name of her character in the movie.

This first look aptly supplements the positive vibes generated by Ram Pothineni’s first look and the film’s title which were released recently.

It is anticipated that an action festival is in store in theatres when the film hit the big screens. Only after the release of the movie, audience would come to know whether Krithi Shetty is just ‘Whistle Mahalakshmi’ or her character in the movie is a ‘Whistle Blower’ since sources say that Krithi Shetty is playing the role of a journalist in the movie.

Srinivasaa Chitturi is producing the flick under Srinivasaa Silver Screen banner, while Pavan Kumar is presenting it. The producers previous movie “Seetimaar” got released in 2021 and made a decent business. “The Warriorr” is the production’s house new venture.

The film has Aadhi Pinisetty in a never before role of the antagonist while Akshara Gowda is playing an important character in the movie. Devi Sri Prasad would be scoring music for the movie.