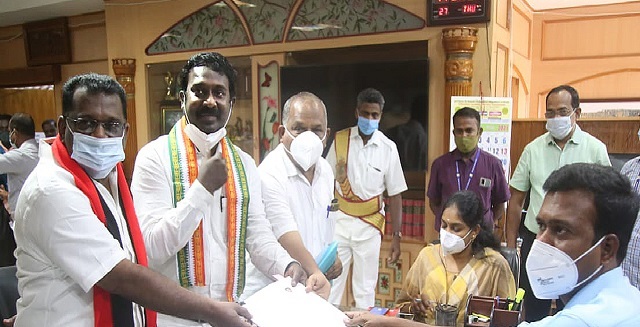 Actor Vijay Vasanth is the eldest son of Late. H.Vasanthakumar, Former Member of the Parliament from Kanyakumari Constituency. Vasanthakumar got infected with Covid 19 and underwent treatment at a private hospital in Chennai. He was able to survive only for few weeks on life support and died on 28th August 2020.

Pon.Radhakrishnan who had served as a minister in the center is now contesting Kanyakumari Parliament Constituency on behalf of BJP. Actor Vijay Vasanth who had acted in few Tamil Films is a full time businessman who is taking care of his family business along with his brother. It is said that Vasanthakumar during his tenure as a member of the Parliament and member of Legislative Assembly has done a lot of public works and have even contributed a lot on charities for his constituencies he had served.

Indian National Congress party knowing about the potentiality of late Vasanthakumar, understood that it would be better to make Vasanthakumar’s son Vijay Vasanth the appropriate candidate for Kanyakumari Parliament constituency. Vijay Vasanth who has been offered a ticket to contest in the Kanyakumari Parliament constituency has today filed his nomination at Nagercoil Collector’s Office.