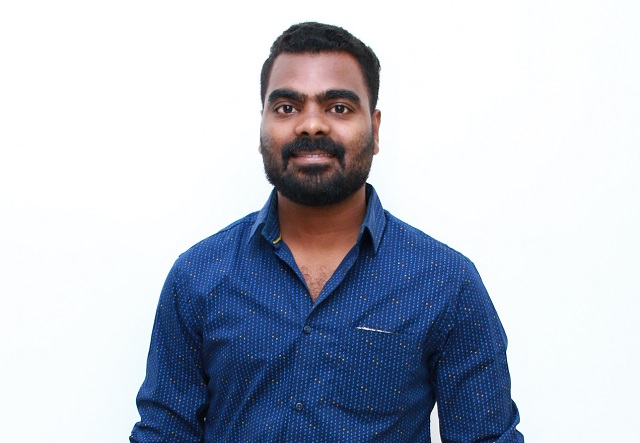 “Theethum Nandrum” is a movie directed by a debutante Rasu Ranjith and starcast by himself, Inba, Soorarai Potru fame Aparna Balamurali, Lijomol Jose, Esan and few others. The movie has been produced by “Hari Silver Screen. The movie was released on 12th March after a big struggle since 2018 it got completed and was ready for release.

The movie was showcased one week in advance for the journalists and got a huge response from the media both in a positive and negative manner. Many print and visual medias had appreciated the movie on its making and the performances of the artistes. 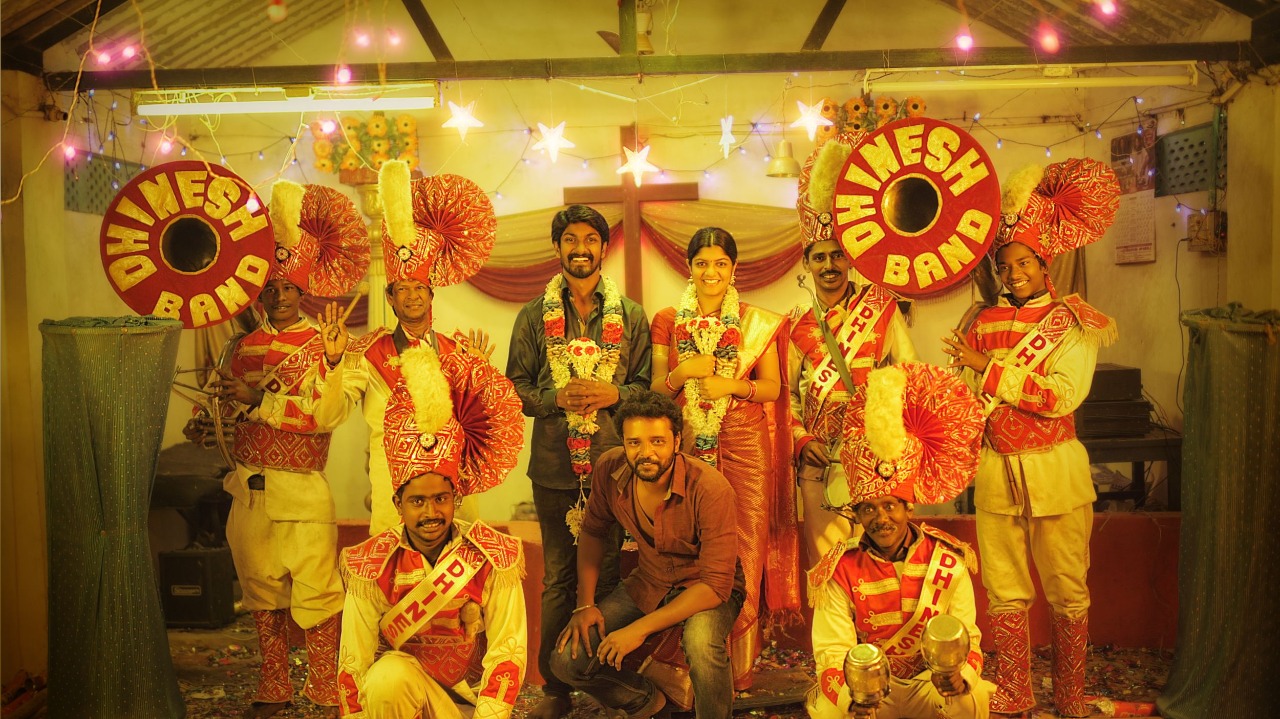 The producer of the movie H.Charles Immanuvel has filed an online complaint with the Tamil Nadu Police accusing “Cinema Vikatan”. In the press released sent by the production house, it is stated that the movie crew was shocked to see a degrading review for the movie “Theethum Nandrum” posted on the official Facebook page of “Cinema Vikatan”. The press release adds that it is the liberty of the media to review a movie with its plus and minus, but it is not agreeable to review a movie by degrading it leading to incur loss.

The producer in his letter claims that the review has been posted on the official Facebook page of “Cinema Vikatan” and has incurred a huge financial loss to them and had put the director into mental agony. Based on this the producer of the movie “Theethum Nandrum” H.Charles Immanuvel has filed a police complaint. 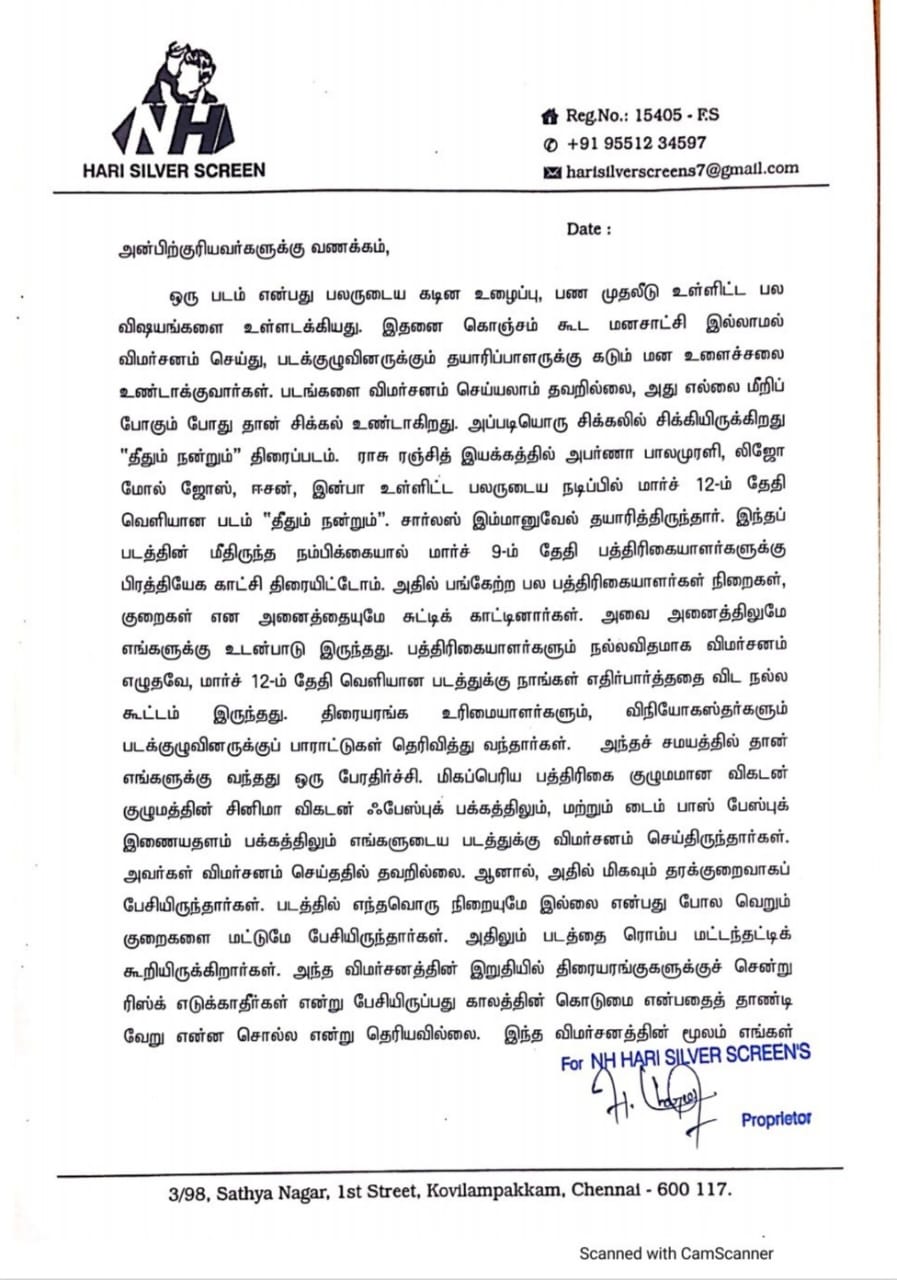 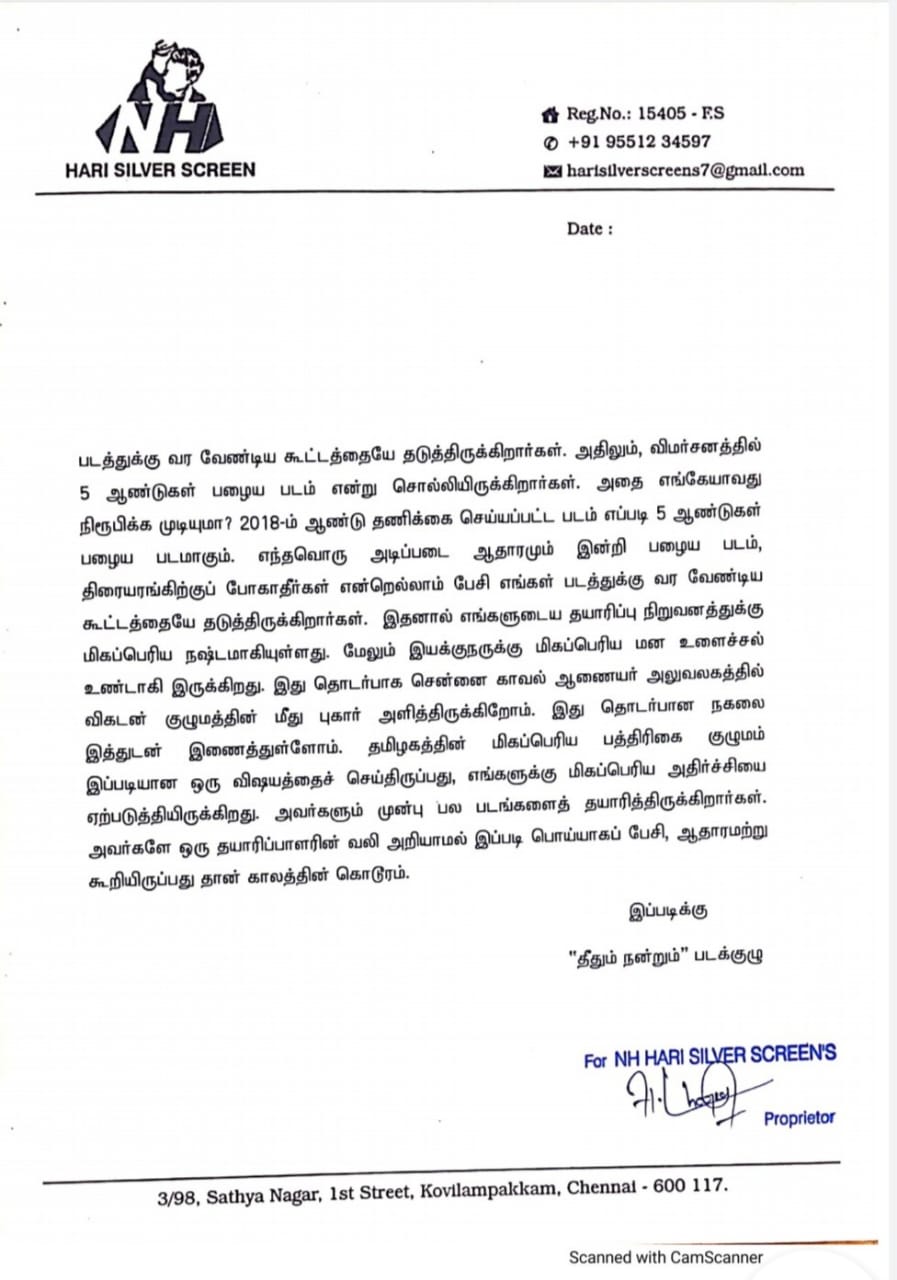 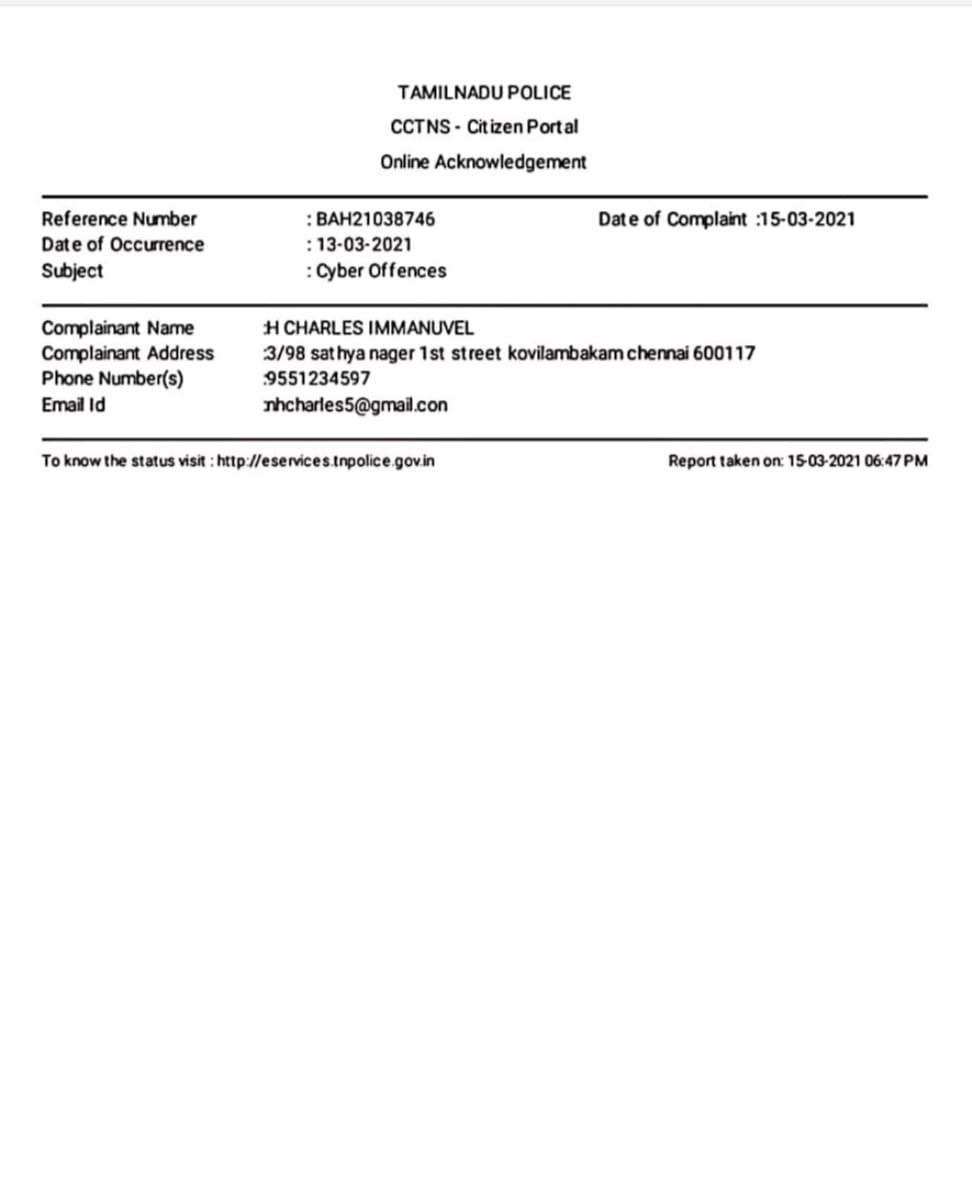 A family entertainer which would keep the kids enjoyable! – Teddy Review