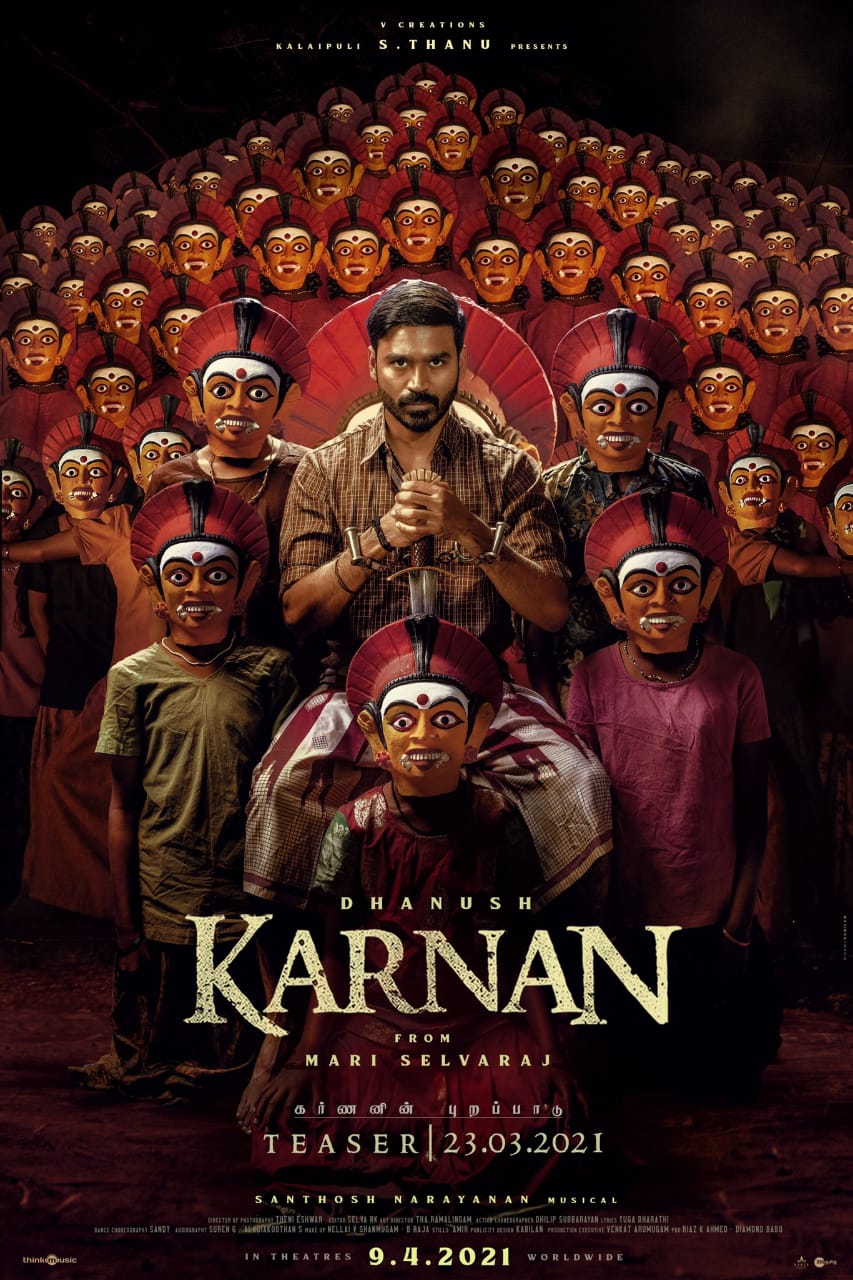 Actor Dhanush is now currently working with the film “Karnan”. The movie is being directed by Mari Selvaraj who had debuted as a directed in the film “Pariyerum Perumal”. Karnan is Mari Selvaraj’s second movie. The movie is star-cast by Dhanush as the main lead. Along with Dhanush, Lal, Natarajan Subramaniyam, Yogi Babu, Rajisha G Vijayan, Gouri Kishan and Lakshmi Priya Chandramouli have acted in it.

The music for the movie is scored by Santhosh Narayan and cinematography is handled by Theni Eswar. Selva RK takes care of Editing and the movie is being produced by Kalaipuli S Thanu on behalf of V Creations.

Since the songs which had become viral on YouTube and other visual media, the movie has created more expectations among the fans and general audience. Dhanush fans have been asking updates the teaser and movie release dates.

The movie has already been planned to be released on 9thg April 2021. The recent update from the production side is the release date of the teaser. The production team of Karnan have announced the teaser release date as 23rd March 2021 which is just 3 days to go. Social media is overflowing with wishes from the fans to Dhanush and the crew of Karnan.