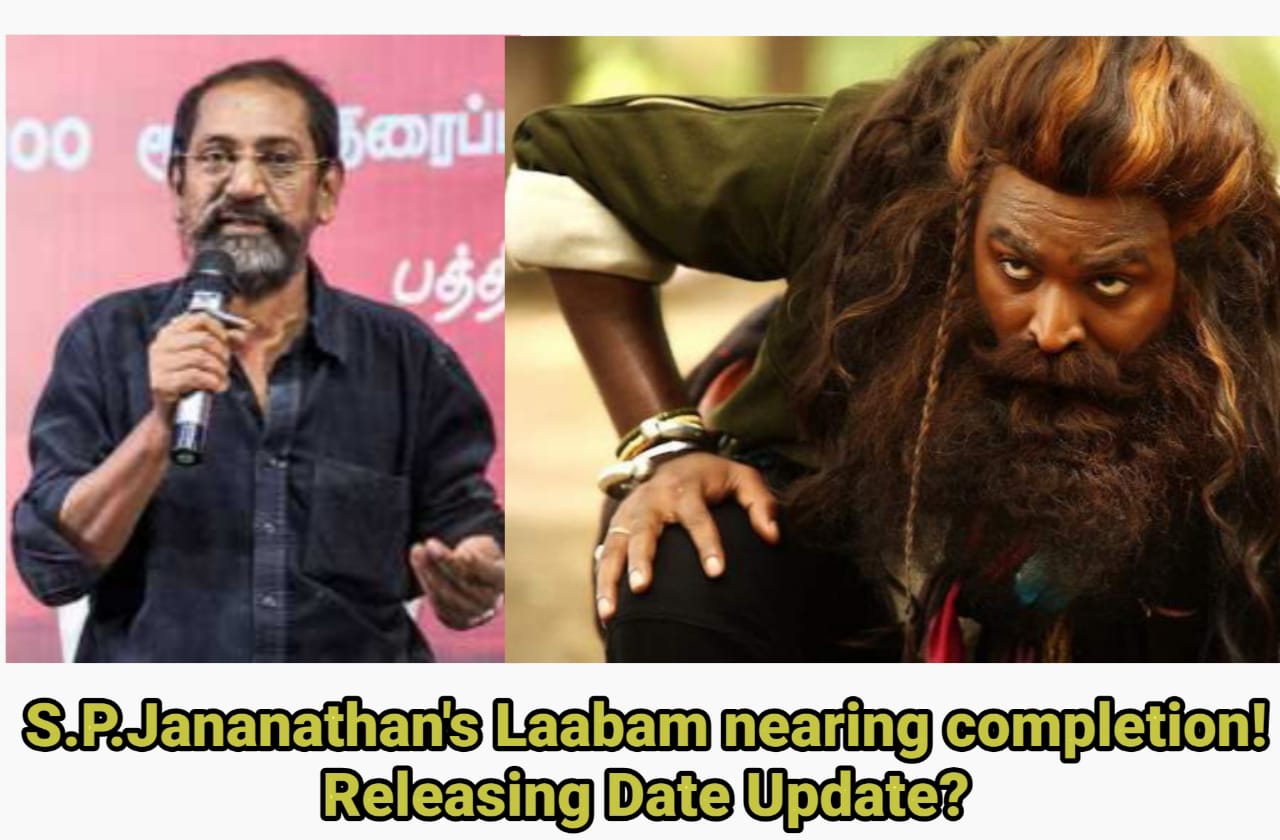 Director S.P.Jananathan who debuted throgh the Tamil movie ‘Iyarkai’ in the year 2003, has till date directed six films. On 11th March of this year, S.P.Jananathan who was busy with the Editing works of his movie Vijay Sethupathi starring “Laabam”, went on a lunch break to his home and did not return back to the Editing Studio. Since Jananathan did not turn back to the studio even after three hours, his assistants went in search of him to his house and saw him fallen unconscious at his home. Immediately his assistants called up and ambulance and rushed him to a private hospital in Chennai.

Doctors kept trying for two days to get back his conscious and they failed in their efforts where S.P.Jananathan passed away on 14th March 2021.

After the death of S.P.Janathan, there had been rumors speculating that the movie “Laabam” is left out with a lot of pending works and would be difficult to get released. To make a full-stop for such rumors, Arumugam, Producer of the movie Laabam has issued a press release.

In the press release he has mentioned that the most of the work pertaining to Laabam has been completed by Late S.P.Jananathan and the remaining work that is pending will be completed by their “Laabam” team.

It is mentioned in the press release that the movie would be released in both Tamil and Telugu by this April in theatres on a massive scale.

The press release also adds, “There can be no doubt that Laabam, will surpass the expectations of director SP Janananthan’s fans, and will be the crowning glory of the director’s filmography. We are honoured to be able to bring to theatres the film conceived and directed by a visionary of our times, SP Janananthan sir, a human with unparalleled vision.”

Though S.P.Jananathan has left us soon, his earlier films ‘Iyarkai, E, Peranmai, Purampokku Engira Podhuvudamai and Bhooloham’ have already spoken much with messages on social causes, environment and many other things. His last movie “Laabam” which is planned to be released in April would surely speak more on social causes, environment, agriculature and many more than his previous films. 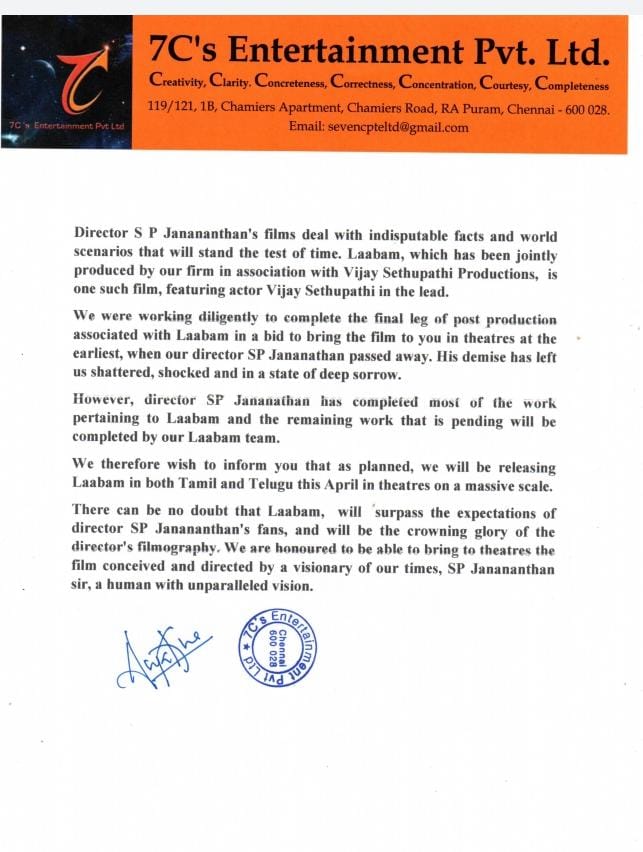