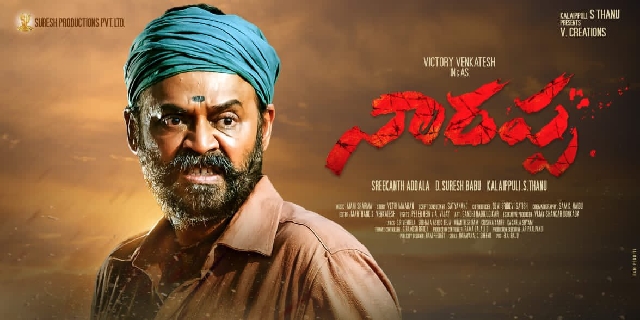 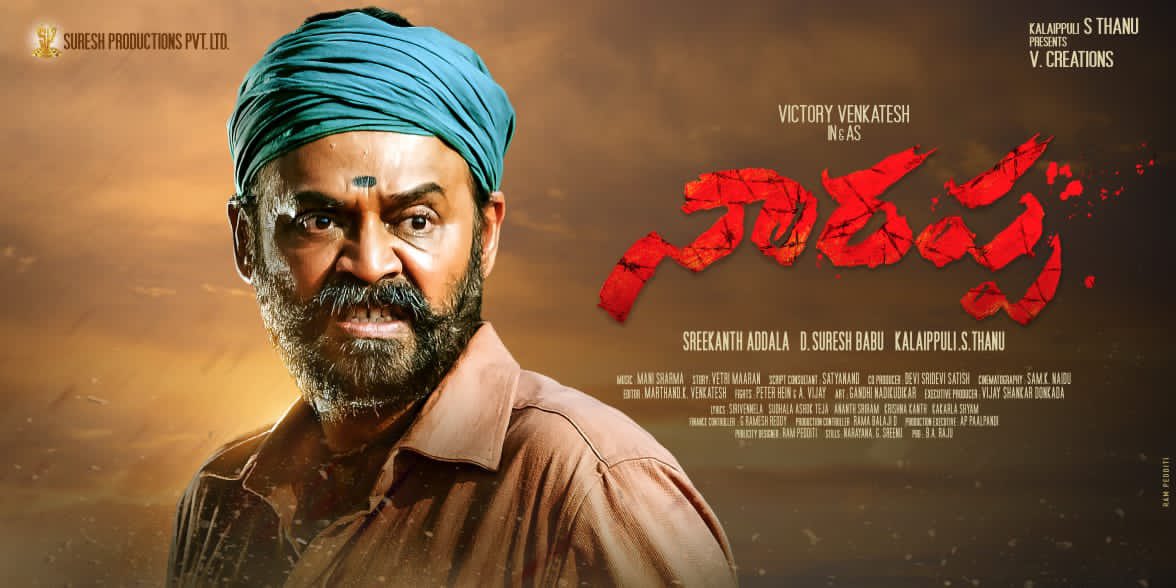 Victory Venkatesh who is on a roll with back to back Blockbusters ‘F2’ and ‘Venky Mama’ is back again as ‘Narappa’. The team has doubled the happiness of Victory Venkatesh’s fans by releasing a small teaser yesterday from the film as ‘Glimpse Of Narappa’.

‘Narappa’ is a remake of the Tamil movie ‘Asuran’ in which Dhanush and Manju Warrier played the lead roles in it. The movie was based in a Tamil novel ‘Vekkai’ written by Poomani. This movie was directed by Vetrimaran. This movie was produced by Kalaipuli S.Thanu through his ‘V Creations and got released in October 2019. This movie was critically acclaimed and hit the Box-office.

Coming back to ‘Narappa’, the glimpse highlights the ferocious Venkatesh in action episodes from the film. Makers hinted about the range of action and emotion in the film with ‘Glimpse of Narappa’. Teaser unveils a different side of Victory Venkatesh. He looks fiery walking with a sickle in his hand. Fans are ecstatic with his new mass avatar. Glimpse promises that Venkatesh will surely make a strong impact with his new getup and body language in ‘Narappa’. Appreciations are pouring both from industry circles and audience that Venkatesh looks very natural and lived in the rustic role of ‘Narappa’. Melody Brahma Mani Sharma’s Background music has further elevated the emotion in the glimpse. Team has taken the expectations to another level all together with this teaser. The film is being made to match everyone’s expectations. 80% of the film has been completed with Ananthapur schedule. Flashback portions would be shot in the next schedule.

Victory Venkatesh while releasing the teaser yesterday said, ” I am proud to share the Glimpse Of Narappa with you all.”

Star Producer Suresh Babu and Kalaippuli S Thanu are jointly Producing ‘Naarappa’ under Suresh Productions Pvt Ltd and V Creations banners. National Award Winning Actress Priyamani is playing the role of Sundaramma, wife of Narappa in this film. C/o Kancharapalem fame Karthik Ratnam is playing the role of Munikanna, elder son of Narappa. ‘Glimpse Of Narappa’ is said to be trending now at No. 1 place in YouTube.