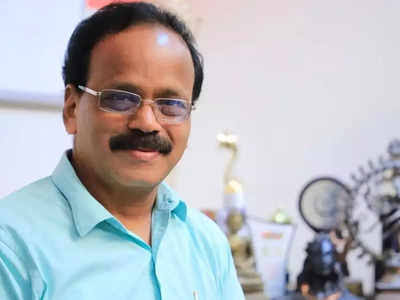 Director Bala’s home banner B STUDIOS is producing the film ‘VISITHIRAN’ that features RK Suresh in the lead role. The film is the official remake of the critically acclaimed Malayalam movie JOSEPH..

M.Padmakumar, who directed the original version, has helmed this remake version as well. With the project getting completed and all set for the worldwide theatrical release shortly, the audio launch was held this morning (February 22, 2022) in the presence of the film’s cast, crew, and celebrities from the Tamil movie industry. 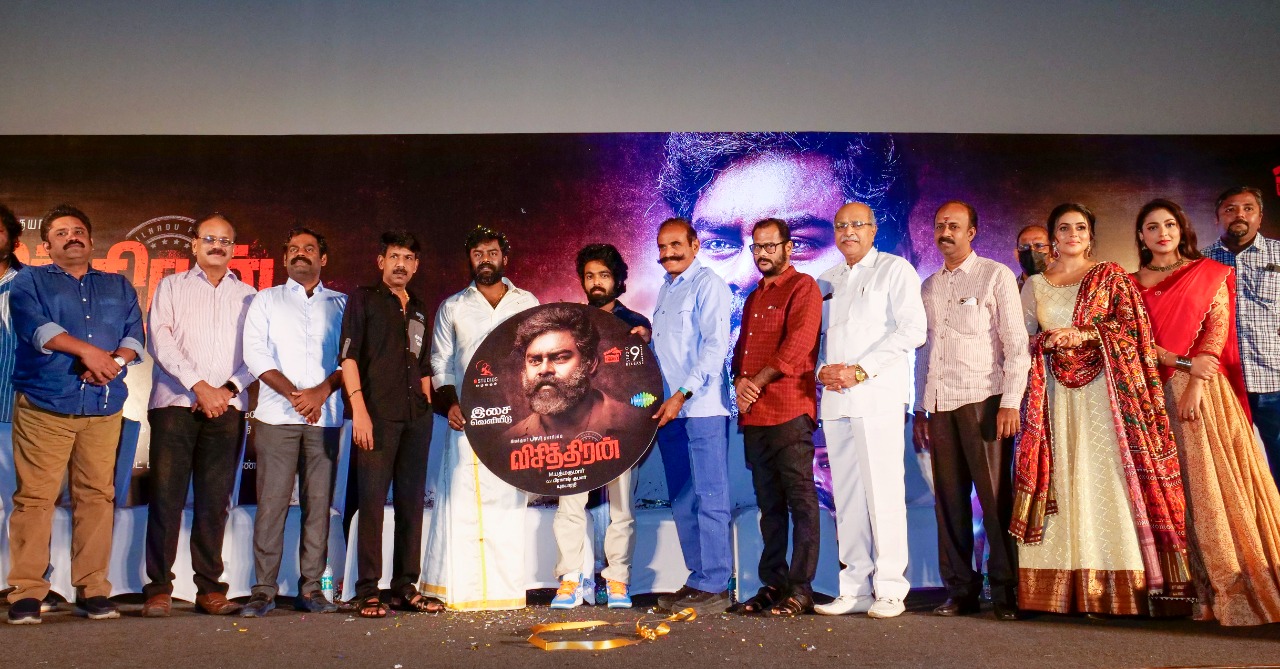 Below are a excerpts from the event:

Sakthivelan said, “It’s not an easy decision to remake a Malayalam movie that has won several critical acclaims and awards including the Best Actor award. RK Suresh, who is very well-known for taking up challenges, has made this happen with complete faith in him. When he initially expressed his desire to become an actor, I thought, it would be an impulsive dream, and would wind up at the earliest, but then, today, I see him as one of the finest stars of our industry. RK Suresh got introduced through the Bala’s direction, and today, has played the lead role in a movie produced by him. GV Prakash is a musical magician, and his involvement in this project is going to escalate the film to next level.”

Producer & Tamil Film Producers Council President Murali Ramaswamy said, “I have personally witnessed the challenges of RK Suresh, who prepared himself for this project. We earlier released the movie ‘Pisasu’ produced by director Bala. It was critically acclaimed, and at the same time, was commercially successful as well. I am confident that even this movie is going to yield us the same results. GV Prakash’s musical score always makes us feel serene and peaceful. This movie is going to be a benchmark for all of us.”

Actor Bhagavathi Perumal said, “Cinema has always gifted and blessed with me a good career, and this movie is going to shower its abundant blessings on me. Bala sir wanted to meet me regarding this project to ask my permission if I would be interested to do a specific role. I would have done it even without listening to anything else for he is the master of Midas-touch on any actor. I openly admitted this statement, but still, he was so polite and humble in asking me if I am interested to do this role. I thank him for the unconditional love and opportunity he gave me. Padmakumar sir’s proficiency was evident in every single frame for his details. He gave complete freedom to all the actors. Visithiran is going to be a special movie for everyone, especially RK Suresh sir.”

Music Director Srikanth Deva said, “I am always filled with instant positive energy when seeing Bala sir. Everyone in this crew has exerted their inmost heart and soul into the project. This is going to be a great success for them. I wish the entire team a grand success.”

Actress Madhu Shalini said, “I would like to extend my first thanksgiving to Padmakumar sir. I thank him for giving me this role for me. Suresh sir is appearing in different getups for this movie, and it wasn’t an easy thing. He has worked a lot and hard on this project. GV Prakash’s music is so enchanting. I thank Bala sir for giving me an opportunity to work with him again. I request everyone to give their support towards this film. Thank You.”

Filmmaker Seenu Ramasamy said, “When I narrated a script to Suresh’s father, he told me that he would like to make a spiritual movie, and cannot afford to produce his script. He gave me Rs. 500 and wished me good luck in my future. Years later, his son RK Suresh produced my movie Dharmadurai and made me famous. Director Bala has taken care of RK Suresh as his own son and has always shown his concern for his success. Your father’s goodwill and good heart will shower more blessings and success on you. It is quite a challenging task to convert a villain in Tamil cinema into a hero, but RK Suresh has broken the pattern. You can see the unconditional love and affection in his eyes throughout this movie. He is an inborn actor, and he has to hold it tight. Director has done a fabulous job. GV Prakash’s musical score is so nice to hear. I strongly believe this movie is going to be a tremendous hit.”

Music director GV Prakash said, “This is my third movie with Bala sir’s B Studios. When he committed me to this project, I wasn’t aware of Joseph. Then I happened to watch the film and was fascinated by the directorial skills of Padmakumar, and I was inspired to come up with the music to the best of my potential. Suresh and Poorna have delivered stellar performances, and this movie is going to be a great success.”

Producer Dhananjayan said, “Everyone has been stating that Visithiran is a remake of Joseph movie, but it is merely an adaptation. Lots of fresh and new scenes have been included in this movie, and audiences, who have seen the original version, will acknowledge it. When I saw Joseph, I immediately wanted to remake it, but Suresh requested that he would like to take it up. I was brimmed with doubts, about whether he would be able to do justice to this character for he has been consistently doing negative roles. However, he has slashed out my doubts, by breathing more life and naturalness in this character. I congratulate him on this great work. I thank Bala sir for bringing such a good movie into the Tamil movie industry. I wish grand success for this movie.”

Actor RK Suresh said, “I thank my parents, and my brother like Bala Anna for holding my hands, and guiding me with his complete concern for me. I am a part of this movie industry for 13 years. The press and media friends have always extended their support for me. I am so happy to have my movie event happening in cinema halls after they are operating in full swing. I have been trying my best and shaping myself as an actor to stand before you. After I watched the movie ‘Joseph’, it was consistently running in my mind. I instantly told Bala anna about this movie, but he told me that I have to go through lots of preparations for this role. I had to gain more weight for this role and had to work a lot. Cinema will always recognize the ones with hard work and sincerity. To be a part of a movie produced by Bala anna, and Padmakumar, who has directed Superstars is a blessing. I thank my entire crew for their earnest support. I am a great fan of GV Prakash, and I thank him for composing music for this movie.”

Director & Producer Bala said, “I thank everyone here, who have accepted our invitation for this event and making their presence. When I had the thought to remake the film, RK Suresh expressed his desire to be a part of it. I invited director Padmakumar, and asked him to exhibit all his creative proficiencies, which he couldn’t do with the original version due to financial constraints. Of course, he has done a fabulous job, and delivered a beautiful version than the original work of ‘Joseph’. Suresh will gain the respect of many after the film’s release, and I request him to retain it. The film has shaped very well, and I wish entire team for grand success. Thank You.”

Huma Qureshi was supposed to work with Ajith in Billa 2! Valimai has fulfilled it!!