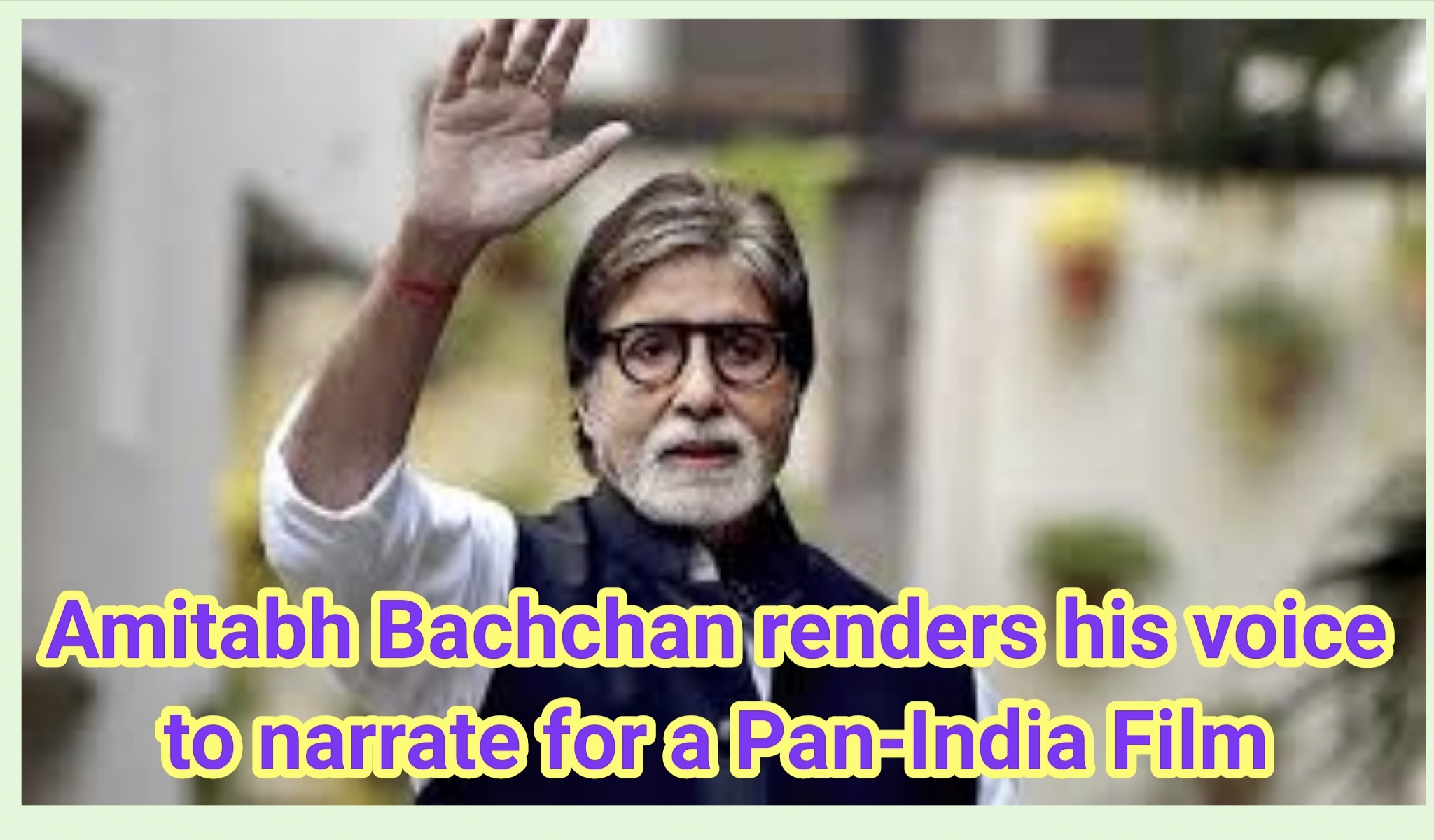 Actor Prabhas ‘Radhe Shyam’ is Pan-India film with a great expectation among the audiences, film exhibitors and fans of Prabhas throughout the world. The posters, teasers and songs from the film have been receiving positive feedback from the audiences and fans of Prabhas. The latest development in the movie is, cinema legend Amitabh Bachchan joining the team as he turns narrator for ‘Radhe Shyam’.

‘Radhe Shyam’ is been Directed by Radha Krishna Kumar. This multi-lingual love story is set in Europe in the 1970’s with Prabhas essaying the role of a palmist. Shot extensively in Italy, Georgia and Hyderabad, Radhe Shyam is mounted on a mega canvas, boasts of state-of-the-art visual effects and will see Prabhas and Pooja Hegde in never-seen-before avatars.

Given the reach and paramount scale of the film, Amitabh Bachchan with his iconic baritone and stardom brings that much weight and dimension to the film. 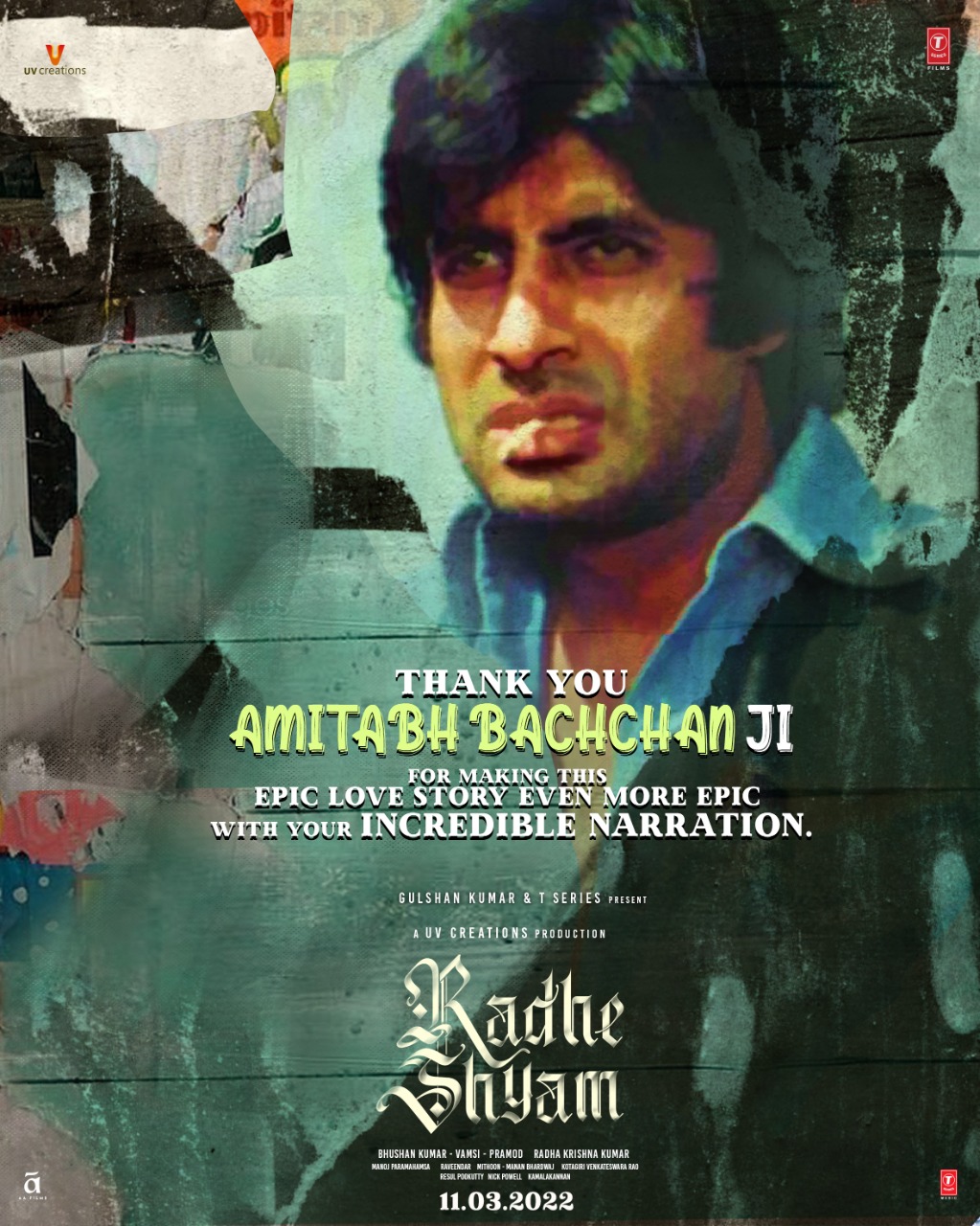 Talking about this development, director Radha Krishna Kumar said, “The film is set in the 1970’s and is mounted on a massive scale, we needed a voice that can command the nation and who better than Mr. Amitabh Bachchan, a voice that everyone recognizes, respects and more importantly loved. We are so happy to have him as Radhe Shyam’s narrator .”

The film will hit the screens on March 11, 2022. Multi-lingual film ‘Radhe Shyam’ is directed by Radha Krishna Kumar and produced by Vamsi and Pramod in the banner of by UV Creations.

Ajith Kumar is an actor of modesty, who has mastered the discipline – Says Boney Kapoor