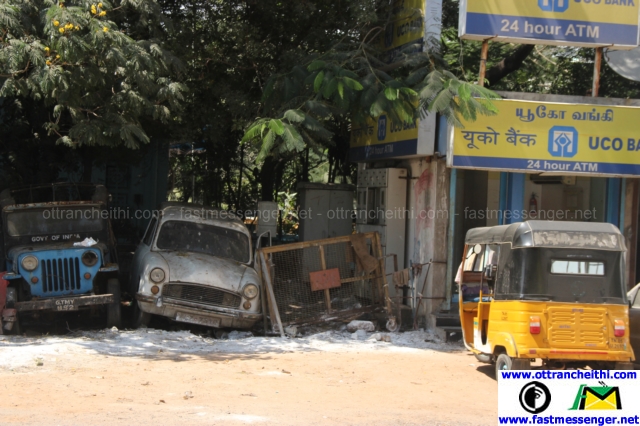 The approach part (southern side) of Chennai Central Railway station has been let out for parking of vehicles. On the south-western part of the Railway station damaged and old vehicles belonging to the Railway department have been parked with worst care.

The approach to those ATM’s are said to be dirty and keeps stinking. Public and commuters have to walk through this path to climb the temporary over bridge to cross the Poonamalle High Road and to Park Nagar Railway station. Stagnated urine and other waste particles could affect the passers on the way and would lead them to various diseases.

When journalists and public are aware about this dirty and unhygienic parking zone, why is the Railway Department, Railway Protection Force and Tamil Nadu State Railway Police, Civic Departments unaware about it? Hope concerned authorities would initiate action to clean the parking zone and make sure that necessary action is being taken against people who urinate in public place and spoil the environment.