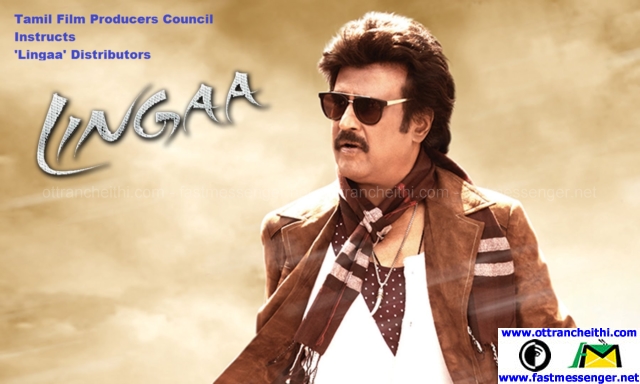 The release also adds that if the Exhibitors and Distributors had incurred loss in the movie ‘Lingaa’, they should have approached their respective associations and the associations should have discussed and made an amicable solution for it. The release also states that it is injustice defaming the goodwill of Rajnikanth and the Producer of the movie by unnecessarily staging Hunger fast and to initiate begging protest. It says that the protest are condemnable. The release says that the movie industry is apart from politics and unnecessarily involving political leaders in this issue is much condemnable.

Finally the release says that if at all there is an issue in this regard, the affected persons should contact the Federation with the assistance of their respective associations and find and amicable solution to resolve the dispute. The release also advises that it would be better to avoid such kind of activities, which could spoil the cooperation within the Film Industry.

Old aged Emmi Ammal, a hard working and an active hawker in the trains: