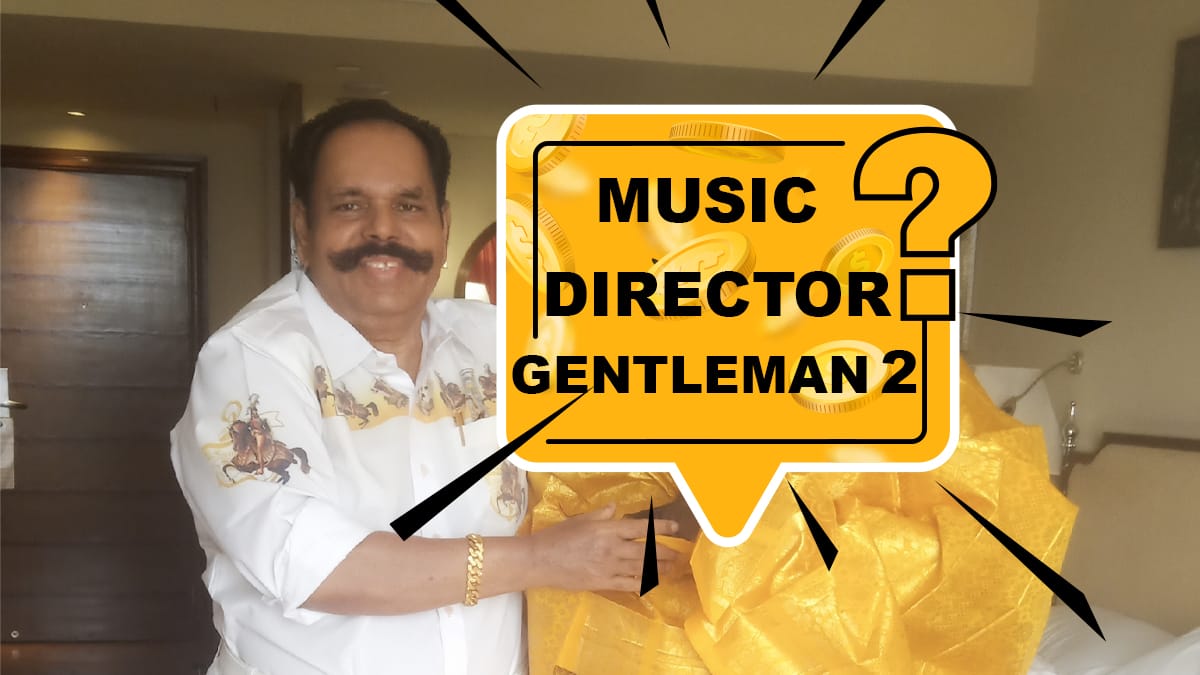 K.T.Kunjumon is one of the grandeur producers of Tamil Film Industry. It is he who introduced Director Shankar as director through the film ‘Gentleman’. He has produced movies in Malayalam and Tamil totalling around Twenty Five movies.

Suriyan, Gentleman, Kaadhalan, Kadhal Desam, Sakthi, Ratchagan and Endrendrum Kadhal are some of his grandeur movies produced in Tamil. Though Kunjumon had given box office movies, he stopped producing new movies for the past two decades.

The press release also adds that the first three persons who correctly mentions the name of the Music Director of ‘Gentleman 2’ would be rewarded with Gold Coins.

Let’s wait and watch, Who are those three lucky persons to win the Gold Coins? Who is the music director for ‘Gentleman 2’?