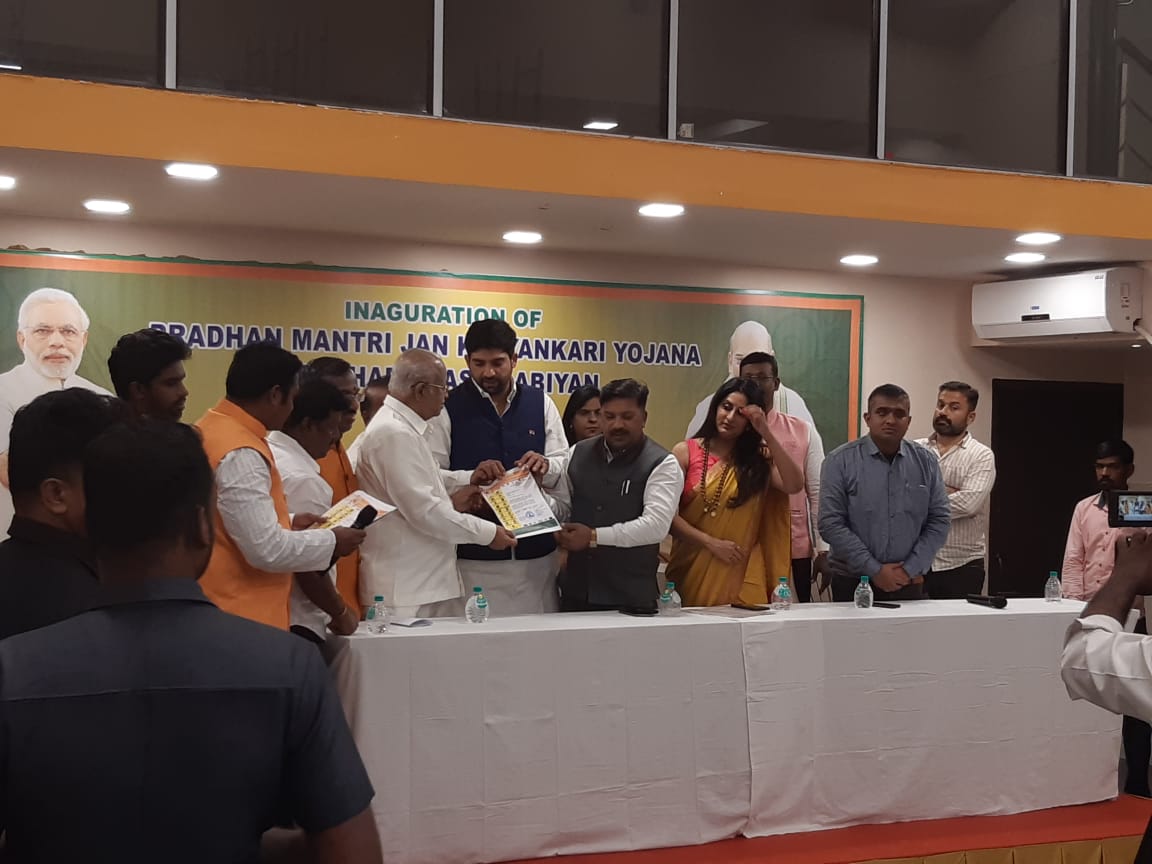 The list of office barrera are as mentioned below:

The National and state level office bearers presented their tributes to Late. Atal Bihari Vajpayee and took a promise to do propaganda on Central Government people welfare scheme to create awareness among the people of Tamil Nadu, untill every single individual of Tamil Nadu get benefited.

PMJKYPPA’s state General Secretary announced “Nammavar Modi” bike rally, “Modi Rath Yatra” as their immediate agenda to start propaganda in all Districts, Taluks, and Villages of Tamil Nadu. “Nammavar Modi” bike rally is scheduled to start in the month of January 2020. During the rally PMJKYPPA is planning to create beneficiaries who are under the Poverty level, Women, Girls, Youth, Backward Class, Farmers, Businessmen totaling more than a lakh by creating self-employment, Employment, Business Development under the central government people welfare schemes.

In addition to that, he added that before the rally PMJKYPPA’s State Organizer will visit all the Taluk villages with the respective district co-ordinators to identify eligible office bearers, volunteers and beneficiaries till the root level. During the rally, State General Secretary will inaugurate the District office, Help Desk in the villages and Government office. The Propaganda will be in the form of “Nammavar Modi” (Art Seminar, Awareness camps, Discussion with women, Sports & Entertainment programs) and “Modi Rath Yatra” will pronounce the achievement of Narendra Modi’s Government.

If anyone from Tamil Nadu is interested to join hands with PMJKYPPA to get the benefits of Central Government People Welfare Scheme, may contact Dr. M.K.R. Jayaganesh, State General Secretary, PMJKYPPA (Tamiliadu, Pondichery) on his cellphone number +91 9788112202.