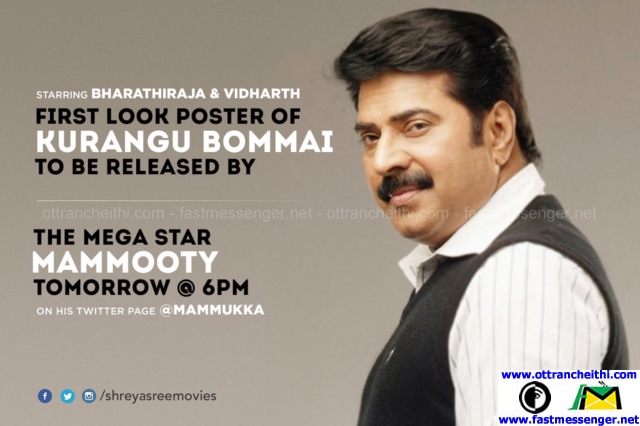 Director Barathiraja as an actor after his successful movie “Pandiya Nadu” is currently acting along with Vidarth in “Kurangu Bommai”. The movie is been directed by debutante Nithilan. The movie is being produced Shreyasree Movies.

The first-look of the movie “Kurangu Bommai” would be launched by Actor Mammooty on his official Twitter page @Mammukka by 06:00 PM on 16th September 2016.