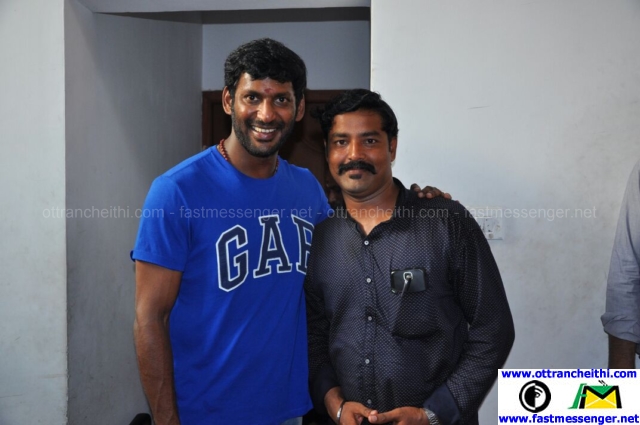 Vishal is busy shooting with his “Kathisandai”. The movie is being directed by Suraaj and co-starred by Tamannah. Vasudevan Kumanan is a drama artiste and hails from a hamlet near Arni. He is one among few drama artistes who had worked hard during the recent ‘South Indian Artistes Association(SIAA)’ Election held in 2015. It is said that drama artistes Jerold and Vasudevan Kumanan had played a major part in gaining support from drama artistes during that SIAA election. Later after the new body “Pandavar Ani” headed by Nasser took charge of SIAA, Vasudevan Kumanan was appointed as nominated Executive Committee Member of SIAA.