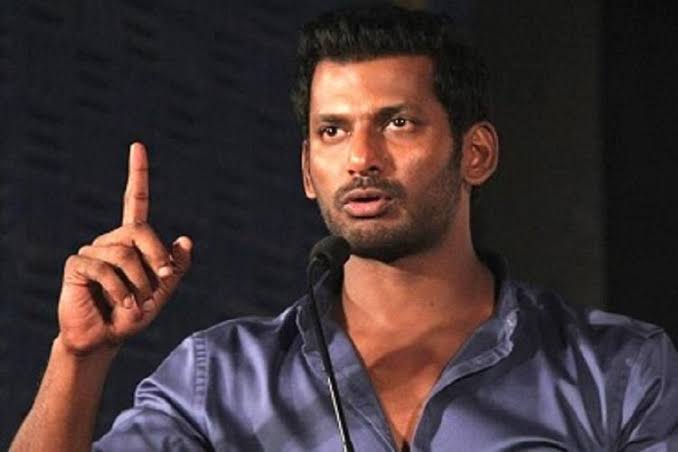 In the Tamil Film Producers Council(TFPC) election held in April 2017, Actor Vishal and hia team of members contested the election and won majority of the seats in it. Vishal won as President, his team members Prakashraj and Gautham Menon won as Presidents and later both resigned after few month. K.E.Gnanavelraja of Vishal team and Kathiresan of the opposite team won as Honorary General Secretaries, where Gnanavelraja resigned after few months. S.R.Prabhu of Viahal’s team won as the Treasurer.

In the place of Prakashraj, Gautham Menon and Gnanavelraja, few from the Executive members were bought in to their posts of vacancy. After a year of Vishal’s team in the administration power of TFPC, few producers started to raise objection on the activities carried out by Vishal’s team and their administrative works. Parallel to it, dispute arouse within the office bearers who had won from Vishal’s team.

Producers Radhakrishnan, J.Sathishkumar, K.Rajan, Suresh Kamatchi and few others filed a writ petition in Hon’ble court of justice complaining mismanagement of Vishal as President of TFPC and liquidation of TFPC funds saved in fixed deposits. Later on by the recommendation of Hon’ble High Court of Madras, Government of Tamil Nadu appointed a District Registrar as a Special Officer for TFPC in the month of April 2019.

The Special Officer was appointed by the Hon’ble High Court to check out the accounts carried out at TFPC during the Presidentship of Vishal and S.R.Prabhu as Treasurer.

Few weeks ago the Hon’ble High Court of Madras had ordered to conduct an election for the TFPC and the same took place on 22nd November 2020. In this election two major teams contested. One team was lead by actor, director & producer T.Rajendar and the other team was lead by Producer Murali Ramaswamy who is the son of producer late Ramanarayanan. Along with them few independent candidates also contested in the election.

Ramananarayanan who contested opposite to T.Rajendar for the post of President won in the election. Most of the office bearers who had won in this election were from Ramnarayanan’s team. Kathiresan who was earlier Secretary in TFPC contested this election as an independent candidate and had won. The swearing-in-ceremony of the new office bearers took place on 4th December 2020 in the presence of Kadambur Raju, Minister of Information & Publicity, Government of Tamil Nadu.

Ilayaraja appreciates Talented women singer! Requested her to sing songs for him!!