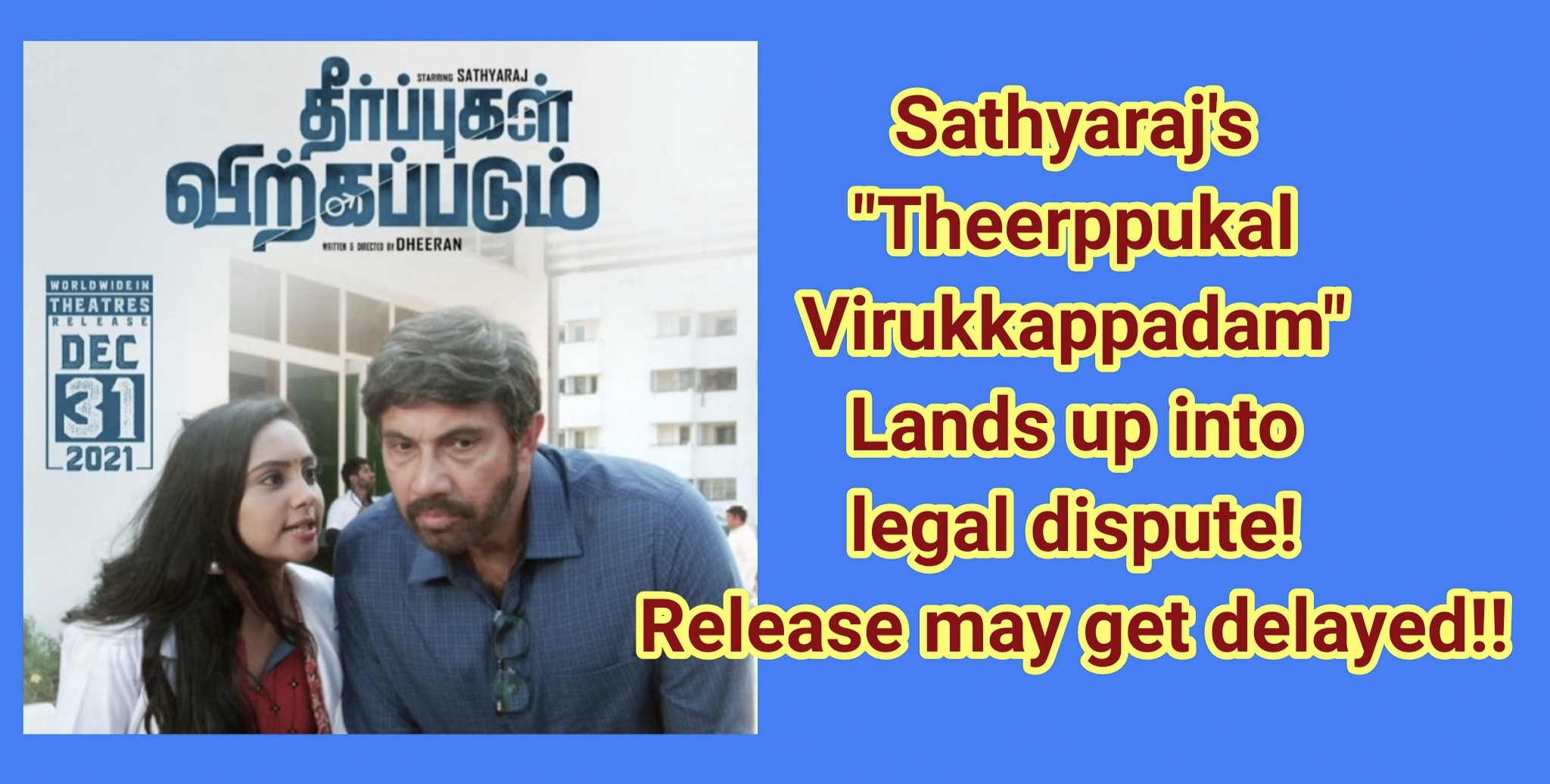 ‘Theerppukal Virukkappadam’ is a Tamil movie start cast by Sathyaraj in the lead role and directed by Dheeran. The movie has been jointly produced by ‘Honey Bee Creation’s represented by Sajiv Meera Sahib and ‘Infinity Frames Productions’ represented by K.K.Sudhakaran.

It is stated that ‘Honey Bee Creations’ and Sajiv Meera Sahib had purposely removed the names of ‘Infinity Frames Productions’ and K.K.Sudhakaran in the posters and titles in the footages of the movie ‘Theerppukal Virukkappadam’.

Later on Sanjiv Meera Sahib of ‘Honey Bee Creations’ has sold the whole rights of the movie ‘Theerppukal Virukkappadam’ to ‘Al-Taris Movies’ represented by C.R.Saleem.

Disappointed Sudhakaran has approached the Honourable Court of the Sub-Judge at Alapuzha seeking Temporary Injunction to restrain the release of the movie ‘Theerppukal Virukkappadam’ in Theaters and OTT Platforms. The Honourable Sub-Judge of Alapuzha has considered the prayer of K.K.Sudhakaran and has restrained the movie release mentioning, ‘Upon motion made into this Court by the petition and upon reading the petition of the said petitioner in this matter filed on.19.07.21. and upon hearing the evidence of the petition in support thereof, this court doth order that an interim injunction is passed /granted that the respondents are restrained by means of a temporary injunction from releasing the Tamil feature film “Theerppukal Virukkappadam” in the cinema theatres and OTT platforms without titling the name of production as ‘Honey Bee Creations In Association with Infinity Productions” and by titling the production as Al-Tari movies or to the name of the 2nd respondent / 2nd defendant till the disposal of the suit.’ 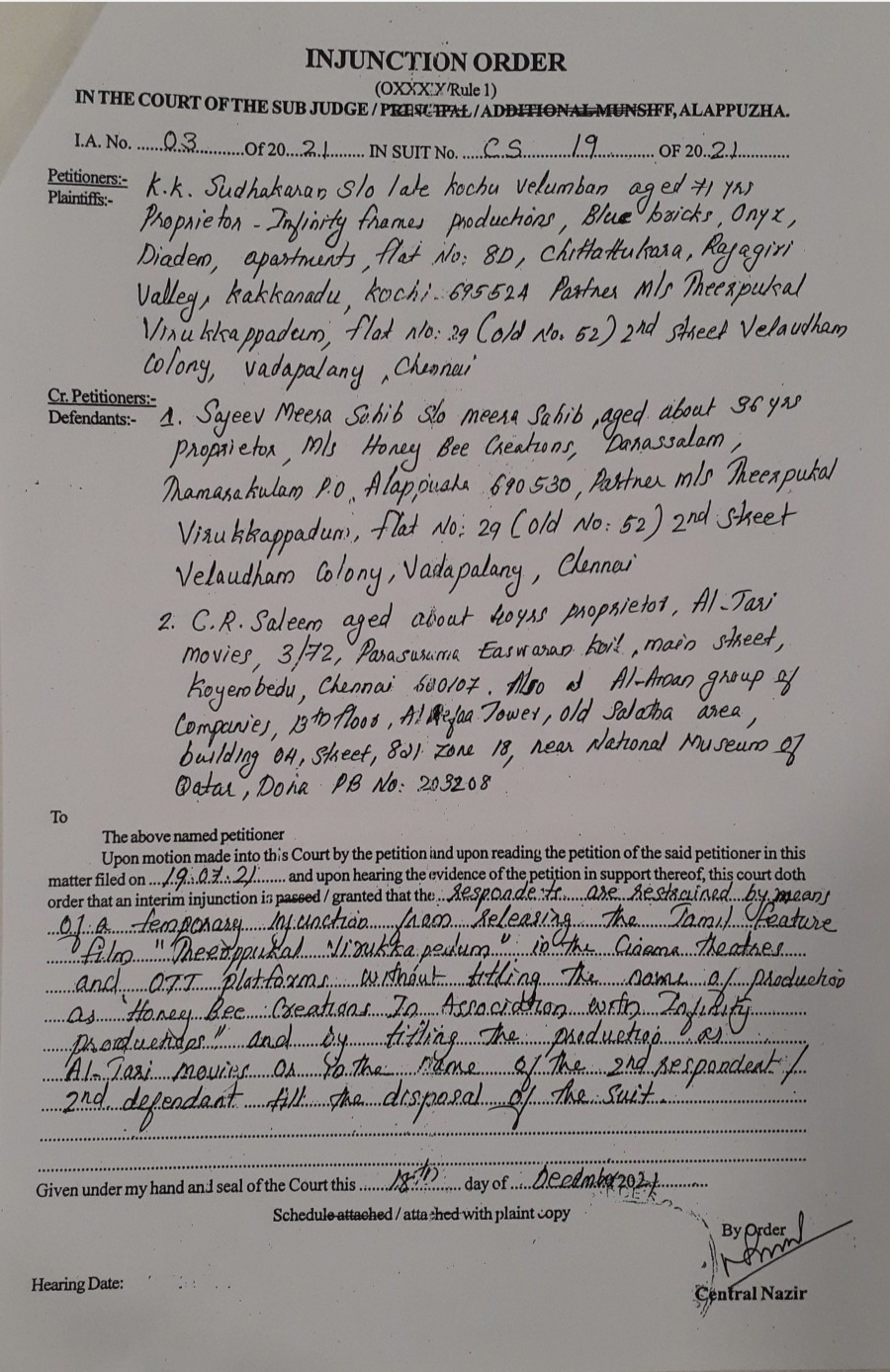 Since the movie titled “Theerppukal Virukkappadam” is stayed with a Temporary Injunction order by the Honourable Court , releasing the movie in theaters or on OTT platforms without the consent of K.K.Sudhakaran or judicial clearance would be a contempt of court.