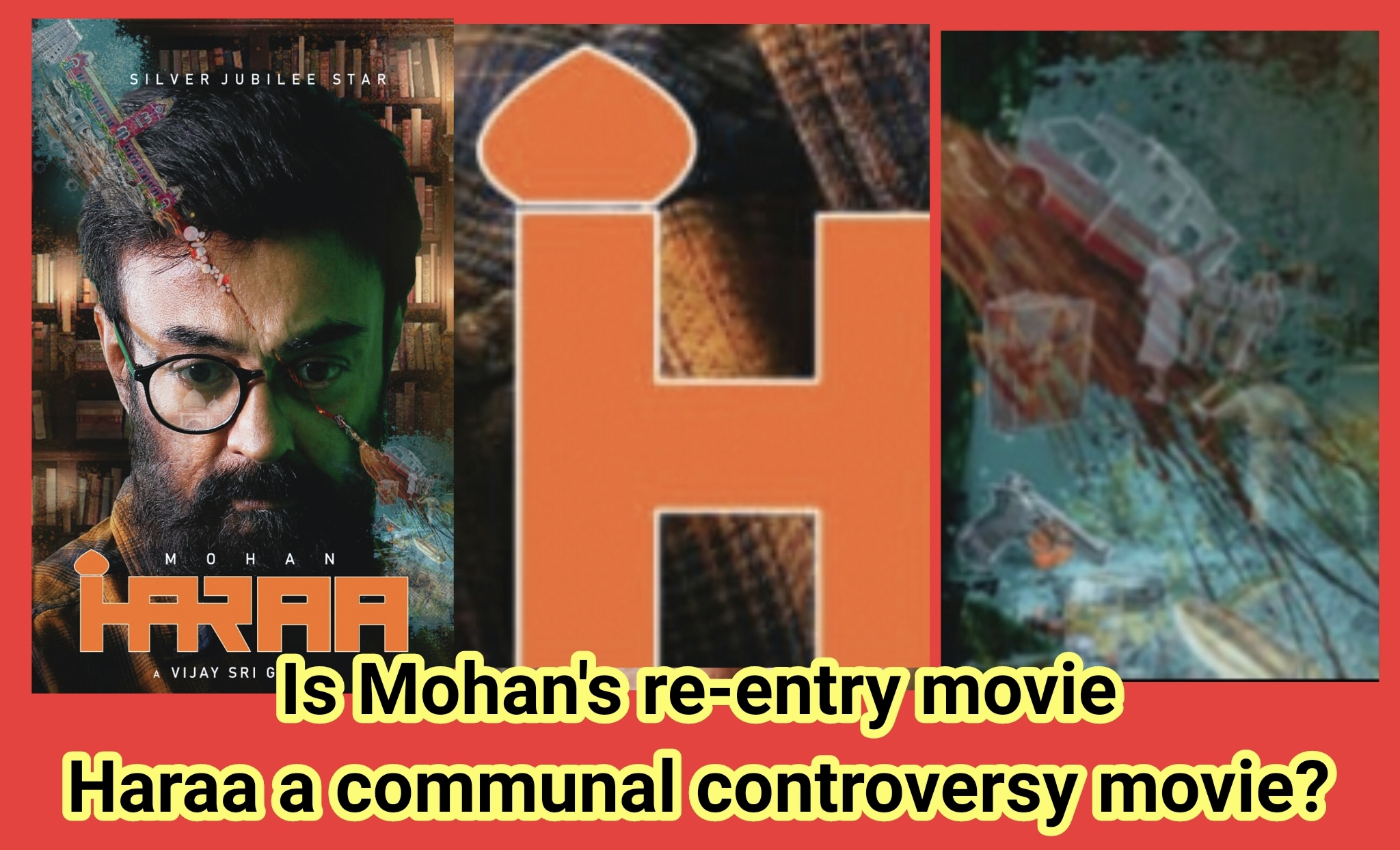 Actor Mohan who has acted more than 140 films and who had been a Silver jubilee star in 80’s is now re-entering into silverscreen through a Tamil movie titled ‘Haraa’. The movie is being directed by Vijay Sri G, who had earlier directed ‘Dha Dha 87’ in which Kamal Hassan’s elder brother Charu Hassan had played the lead role in it. ‘Dha Dha 87’ got released in 2019 and was critically acclaimed.

Vijay Sri G then directed Polladha Ulagil Bayangara Game(PUBG) and is near completion. Actor Vikram’s nephew Arjuman is playing the lead role in it. Parallel to this movie Vijay Sri G has completed his third directorial venture title ‘Powder’. The talking portion of the movie is completed and post-production works are going on.

The fouth directorial movie of Vijay Sri G has been titled as ‘Haraa’ and the First Look of the movie was released yesterday on the New Year 2022. The movie is being star-cast by yesteryear’s silver jubilee star Mohan commonly called as ‘Mic’ Mohan. The first look poster of ‘Haraa’ had Mohan in the middle. Mohan’s look slightly resembles that of actor Kamal Hassan in communal controversy movie ‘Hey Ram’. Apart from this, the poster has Taj Mahal, Riot scene, Ambulance, Central Railway Station, Arms, Police, Medical Workers and Mosque Tomb in the title.

The rugged look of Mohan and other elements in the poster raises doubts whether the movie could be a communal controversy movie. Our reporters spoke to the director Vijay Sri G to clarify about the doubts arising on Communal controversy elements in the first look. Vijay Sri G said that the storyline would be very much powerful and don’t wish to comment anything more for now. Sources from the production team say that the shoot of the movie is planned to start from mid of February 2022.