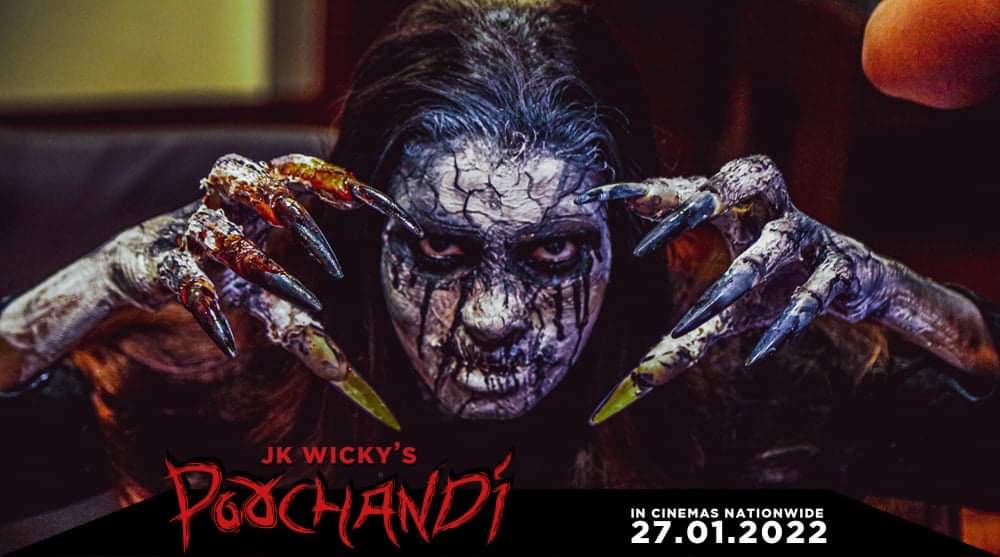 Poochandi is a 2022 horror film. Yes, another horror film to the list. This one’s kinda different and a good one directed by J.K.Wicky starring Mirchi Ramana, Dinesh Sarathy, Ganesh Manoharan, Loganathan who are new to the film industry.

Protogonist Murugan does researches on antiquity, ghosts, eeries… in Malayasia, where he meets Shankar. He narrates an incident that happened when he was with his friends Anbu and Guru to Murugan.

Anbu, Guru, Shankar are close friends. Anbu is physically challanged. He has been collecting and preserving ancient coins. One day, he decides to get the spirit with the help of ancient coins. They talk to a spirit who gets introduced herself as Mallika. Subsequent days followed by, they keep talking to her. Suddenly, Guru dies. Anbu and Shankar believe that the haunted powers had killed Guru.

Who is this Mallika? Did Mallika really kill Guru? Who is responsible for Guru’s death? Will Anbu and Shankar solve this case is the rest of the story.

Mirchi Ramana who has debuted as an actor in this movie has performed well and done justice to his character. Performance of Malaysian Tamil actors Dinesh Sarathy, Ganesh Manoharan and Loganathan was casual, but appeared to be realistic.

To be released on 27 Jan, 2022. The production team is parallelly planning to release the movie in India also.