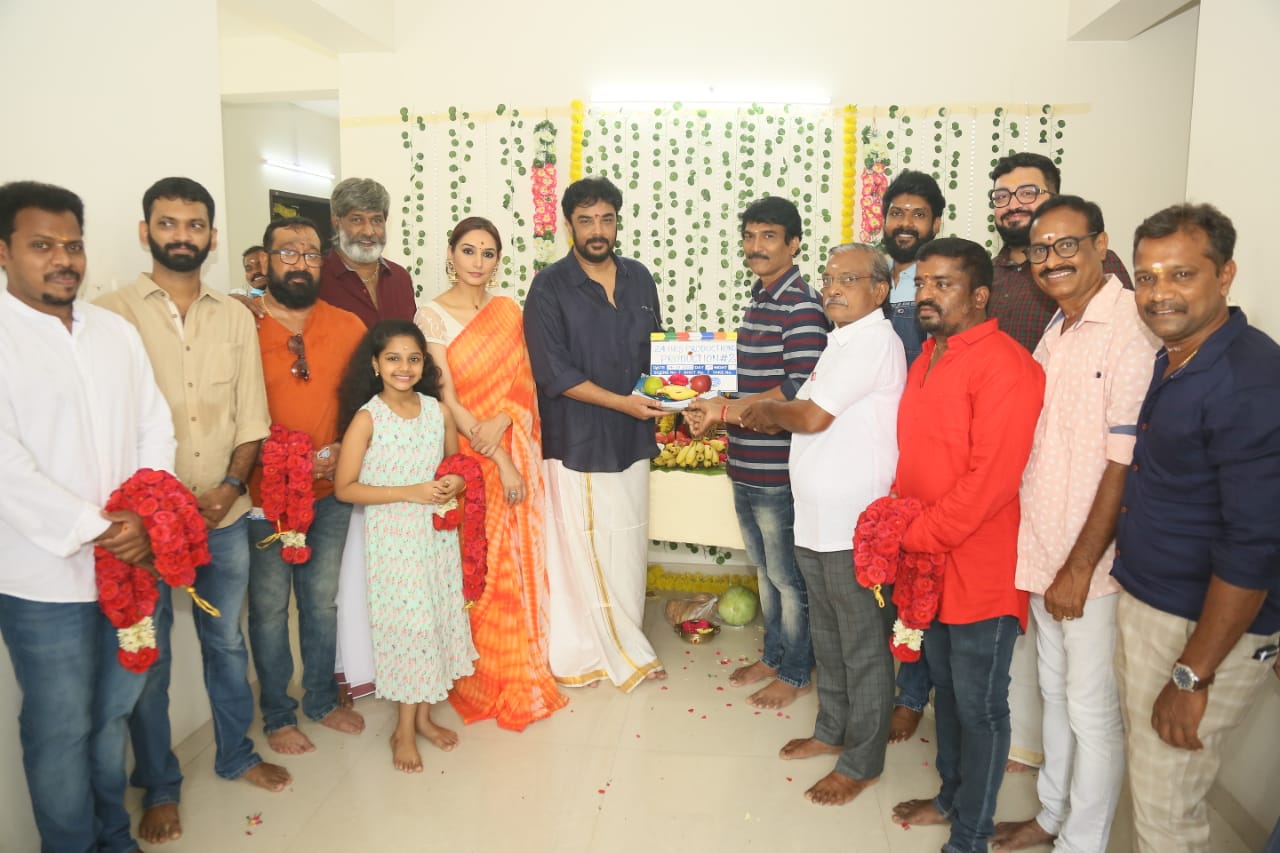 Sundar.C who has directed and acted many movies is playing the lead role in new film launched today. This new film has been titled as “One 2 One”. K.Thirugnanam has written the script and would be directing it would be produced by 24 HRS Productions.

The movie launch happened this morning (January 14, 2022) with a ritual ceremony.

Director K.Thirugnanam had earlier directed “Paramapadham Vilayattu” in which Trisha played the lead role in it. “One 2 One” would be the second film for the director and is said to have a racy screenplay.

Ragini Dwivedi has been roped in as the female lead role in this film. The others in the star-cast include Vijay Varma, George Antony, Vichu, Manasvi, and a few more prominent actors.

Apart from the actors mentioned earlier, talks are going on with a leading and familiar actor to play the antagonist, and the official announcement about this will be revealed soon.

Vikram Mohan is handling cinematography, and Siddarth Vipin is composing music. The shooting of “One 2 One” is scheduled to kick-start by this month.