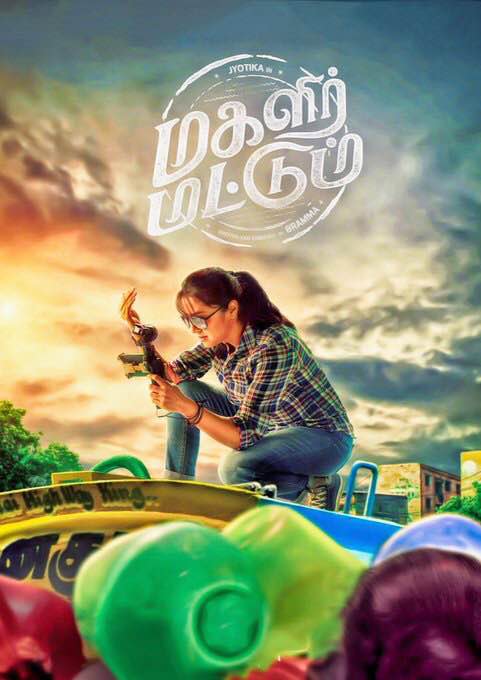 “Magalir Mattum” is an upcoming film starring Jyotika in the lead along with Urvashi, Banupriya and Saranya. The movie is being scripted and directed by National Award winning film “Kutram Kadithal” fame Director Bramma. Actor Suriya’s 2D Entertainment in Association with Chris pictures is producing the movie. Rajsekar Karpoorasundarapandian & Christy Siluvappan are co-producers for the movie.

Jyotika plays a documentary film maker and the movie is a feel good family entertainer. Nasser, Livingston and Paval are playing important roles in “Magalir Mattum”.

The others in the crew are, S.Manikandan takes care of cinematography and the music is being scored by Gibran. CS Prem would be taking care of Editing cuts, Sound design would be handled by Anthony B Jayaruban. Thamarai, Vivek and Umadevi have penned the lyrics for the movie.