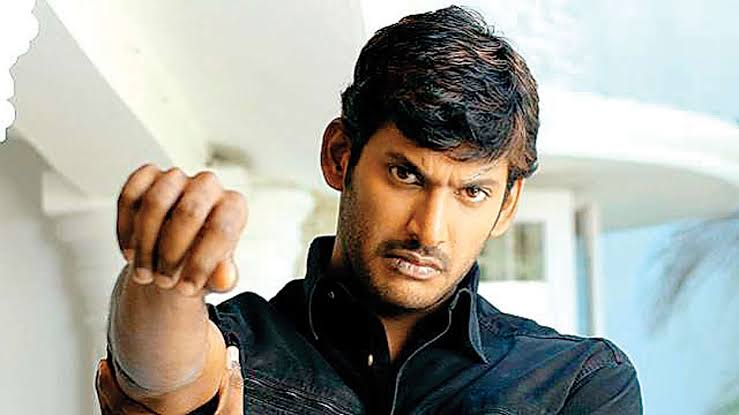 Actor Vishal who has acted in more than 30 films has also produced few of his films he has acted. He had served as the General Secretary of South Indian Artistes Association for one tenure from October 2015 to October 2019. He had also served as the President of Tamil Film Producers Council from 2017 for a tenure of three years. 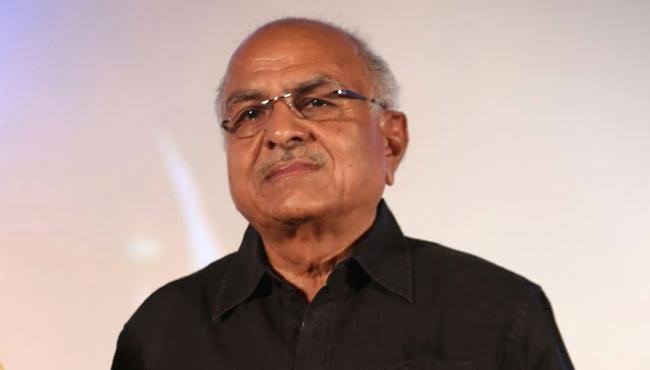 Sources confirm that Vishal had repeatedly contacted R.B.Choudary and his associates in his office requesting them to return the signed Pro-note he had given as an undertaking to aval the loan. It is said that they have replied that the Pro-n ote is missing and they are unable to return the same. In few incidents, it is said that R.B.Choudary and his associates have even insulted him without returning the Pro-note.

Vishal who is disappointed with the acts of R.B.Choudary and his associates has filed a Cheating Complaint against R.B.Choudary on 7th June 2021 with the Deputy Commissioners Police, T.Nagar says sources. 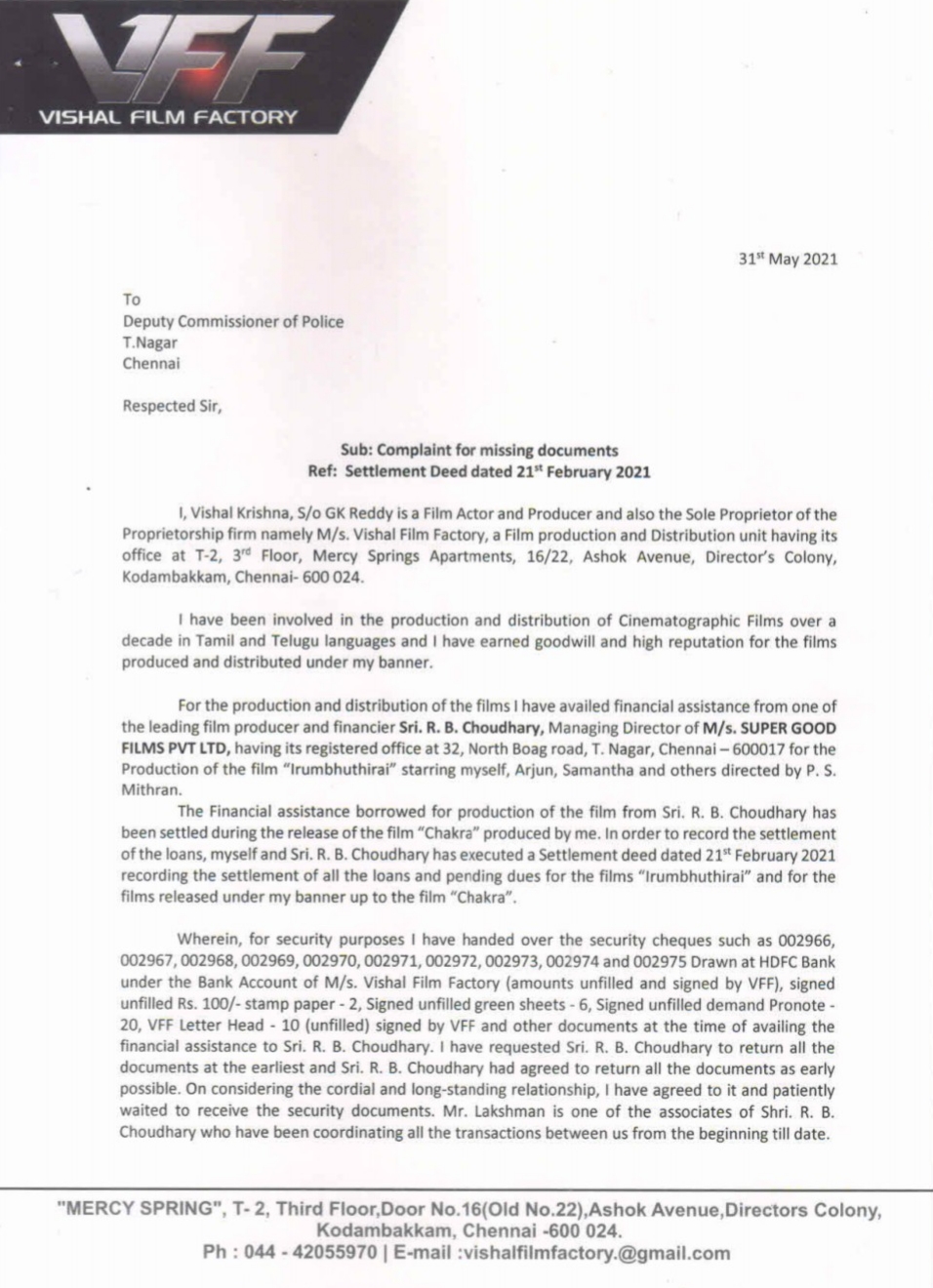 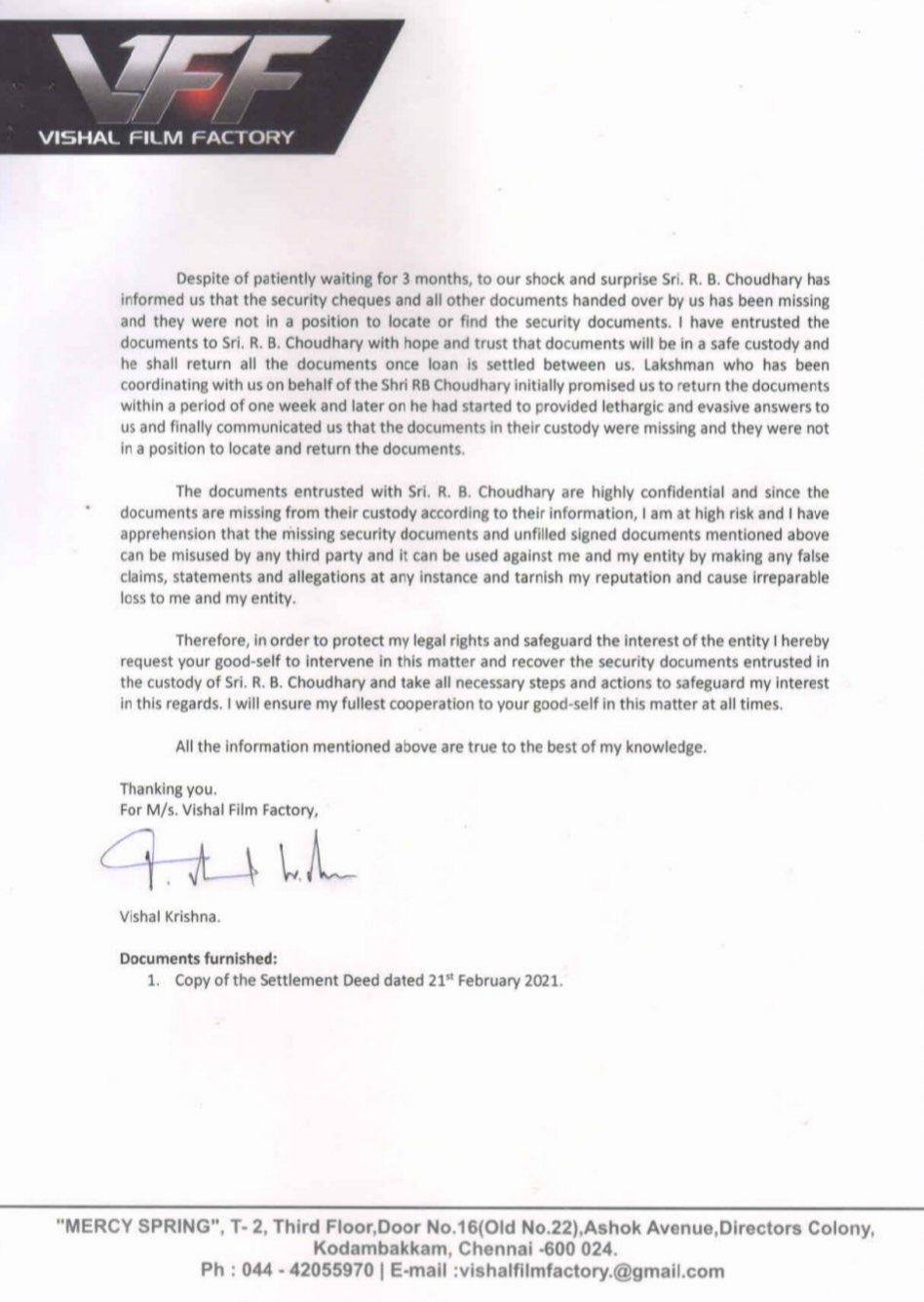