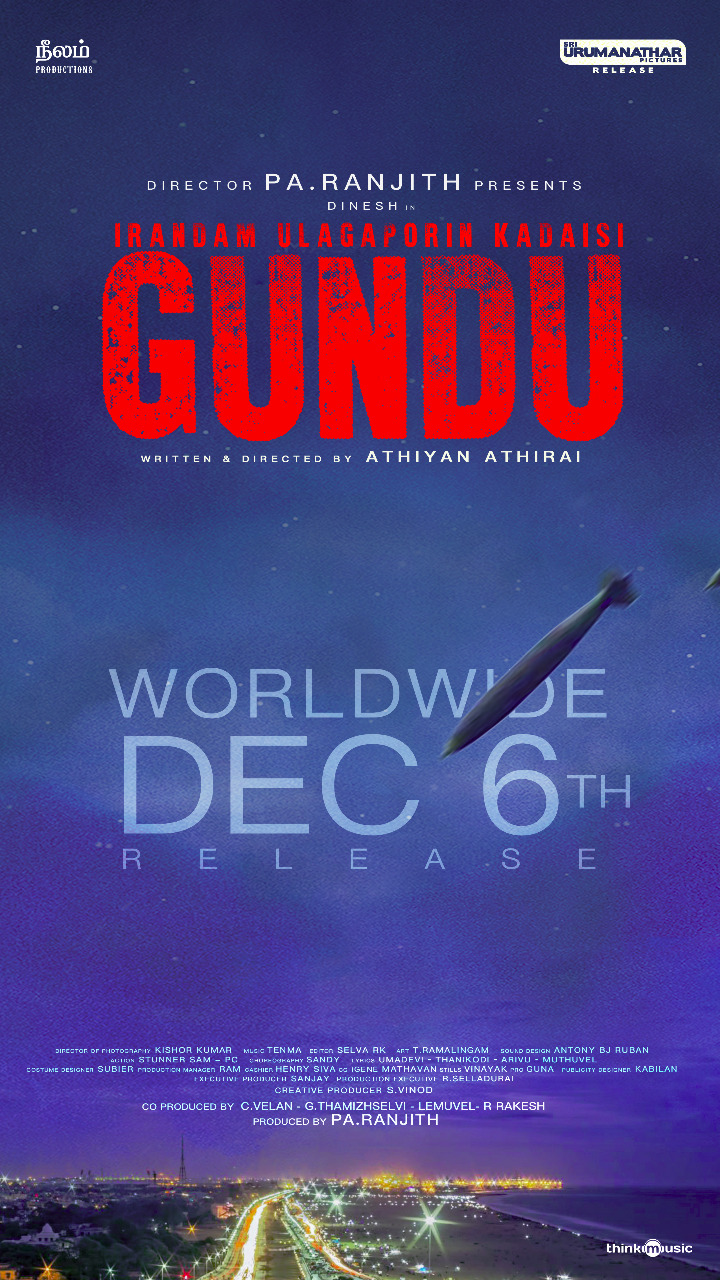 Pa.Ranjith debuted as a director through Tamil film ‘Atta Kathi’. After directing few more films, he had the opportunity to direct ‘Kabali’ & ‘Kaala’ for Rajinikanth.

Ranjith’s directorial success led him to produce films and his debut production was ‘Pariyerum Perumal’ directed by Mari Selvaraj. In continuation to its mass success, he wished to establish his production company to produce more films. His next production ‘Gundu’ has been completed and certified as ‘U’ by CBFC.

Since there is huge mess up in the release of movies due to lack of screens & improper planning, many full completed movies are stagnant without getting released. These sort of delayed releases have put many producers in dark.

‘Gundu’ is a movie star-cast by Dinesh and Kayal Anandhi in the lead roles. The movie has been directed by Athiyan Athirai and produced by Pa.Ranjith on behalf of his Neelam Productions is getting released on 6th December this year.

It is to be noted that 6th December is the day Babri Masjid was demolished in the year 1992. This demolition incident had caused many violent incidents and there had been many loss of lives due to it. Few days ago a final judgement in regard to the Babri Masjid land dispute was announced and both Hindutva organisations and Muslim organisations accepted the Apex Court’s order and maintained cordial relationship between them exchanging sweets. In this peaceful situation, Pa.Ranjith’s production movie ‘Gundu’ has been announced to get released on 6th December this year.

It’s still a question mark whether it’s true that there are no sufficient screens available after December 6th for the release of the movie!