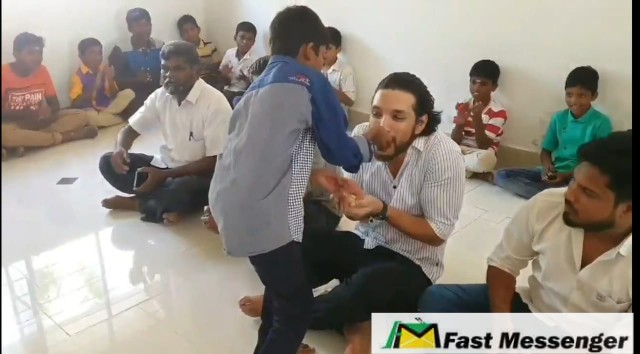 Actor Gautham Karthik had recently been to Bengaluru. On 9th Of November he had left to Hosur by car to attend a wedding and from there he travelled on road to Theni to attend a marriage. On the way to marriage, he dropped in to a Destitute Home named ‘Manidhaneya Kaapagam Ashram’ on the outskirts of Theni.

Gautham Karthik who spoke to our reporter said that the visit to the Home was arranged by his fans club. He said that the Home had approximately 50 male inmates in the age group of 4 to 15 and approximately 30 male inmates of old age. He adds that the old age inmates teach the young age inmates in their studies and discipline. A state level Pole vaulter is an inmate of the home said Gautham Karthik.

While speaking to our reporter he said that the youngsters were very happy to receive him and sing a song from his movie ‘Thevarattam’. He was happy to share that the inmates showed too much of affection on him, where the many kids started feeding him with a morsel of food into his mouth. 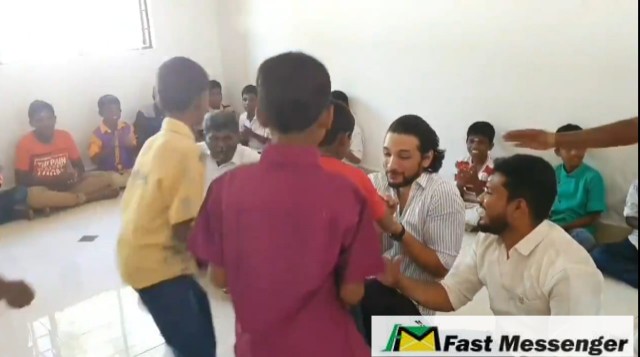 Gautham Karthik said that two hours of his presence in that Home made him very much energetic and made him happy. He expressed his intention to make such visits to various other Destitute Homes of this kind and spend few hours with such inmates.

They have been taught to serve others first before they serve themselves. I'm so proud of the way they have been raised! #மனிதநேயகாப்பகம்ஆசிரமம் #Theni pic.twitter.com/lnBgm59fzG