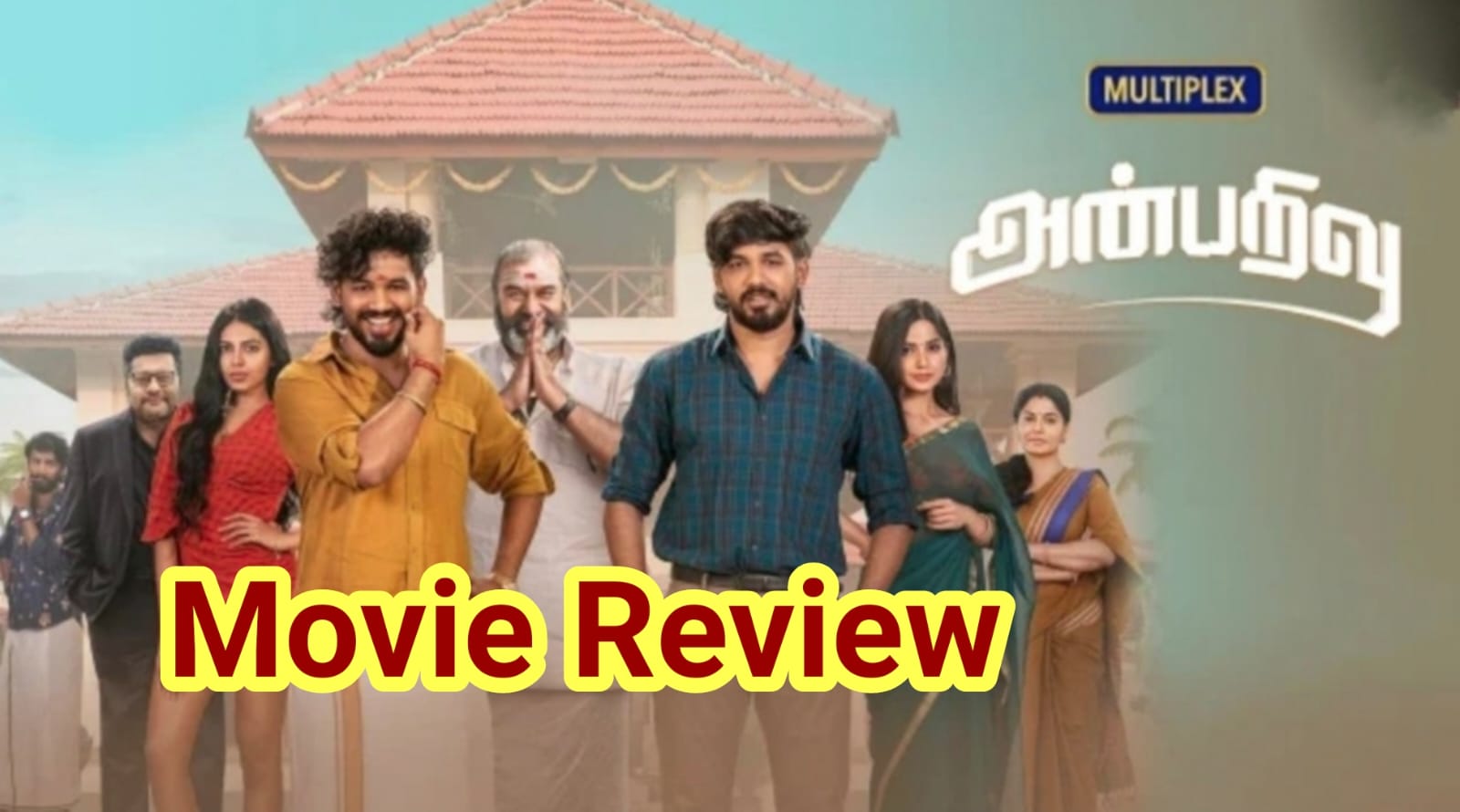 Anbarivu is a 2022 action, family drama released on Disney+Hotstar on 7 January 2022 directed by Ashwin Raam. The film stars Aadhi(Hiphop Thamizha), Vidharth, Saikumar and Napoleon in the lead roles.

Love develops between Lakshmi(Muniyandi’s daughter) and Prakasam. When they decide to get married, Lakshmi’s father opposes but later he agrees as his friend Jayaprakasam(Narain) convinces him. But also wants him to stay in his in-laws house, he agrees. They are blessed with twins. One is named Anbu and the other is named Arivu.

There is a clash and that is because of Pasupathi(Vidharth) who works for Muniyandi(Napoleon) was greedy and jealous of Prakasam. Prakasam decides to move to someother place with Lakshmi and their sons, but she doesn’t want to get seperated from her father. So he decides to go by himself, but something unexpected happens the same night that is, he takes one of his babies without anyone’s knowledge with him.

24-25 years later, all grown up and aged, Arivu with his father in Canada who is now a big businessman and Anbu in Arasapuram with his mother and grandfather. The only family Arivu has is his father and believes his mother is dead and has no idea about his elder brother(Anbu). Arivu gets to know about his family and wants them to get united. He then flies to India and sees his brother injured, then switches places with Anbu and now Anbu is with the person who he hates the most, his father.

Love kinda develops between Kayal(Kashmira Pardesi) who’s a doctor in Andiyapuram and Yazhini(Shivani Rajashekar) who’s a friend of Arivu in Canada.

Will they unite? Will he succeed? Does Pasupathi get paid back? is the rest of the story.

Can be seen once and could be liked by families. There is a bit of lag and unwanted scenes which the editor, Pradeep E. Ragav should have concentrated. Music by Hiphop Tamizha was usual and nothing special in it. Adhi’s acting was a bit too much. Vidharth’s and Napeloen’s acting should be appreciated. Dheena’s acting was casual.  Not much to say about Shivani and Kashmira’s acting. Many dual role scenes of Aadhi replicates that of Suriya’s ‘Vel’ and few other Tamil movies of the past.