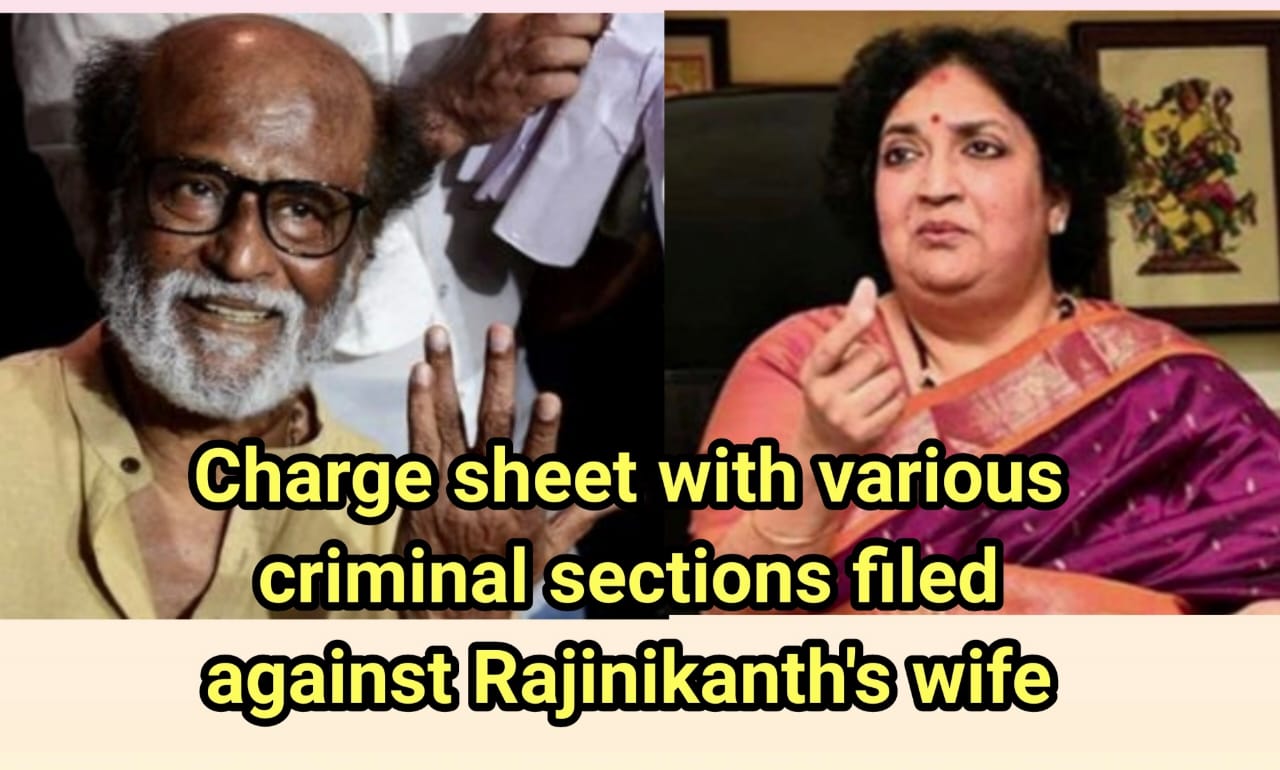 Ad Bureau were the Post Producer and Tamil Nadu Theatrical Rights of the Movie “Kochadaiiyaan” were with “Ad Bureau”. The movie had collected a revenue of Rs. Ninety Crores and Latha Rajinikanth had double sold the same to EROS International joining hands with Mediaone Global Entertainment Ltd.

Further to escape the payment to “Ad Bureau”, a fake letter was created and produced under affidavit by Latha Rajinikanth in the city civil court of Karnataka, Bangalore.

This was investigated by Karnataka Police and was proved that Latha Rajinikanth who produced the fake letter in court, was the sole beneficiary and the fraud was committed by her u/s Sec 196, 199, 463, 420 rw 34 of IPC. In regard to this case the Apex court had ordered Latha Rajinikanth to face trial.

On 27th March 2021 Charge Sheet has been submitted in the Additional Chief Metropolitan Magistrate Court, Bangalore City, against the accused Latha Rajinikanth by Halsurugugate Police Station, Bangalore, Karnataka. It is to be noted that a FIR was registered in 2015 itself on Superstar Rajinikanth’s wife Latha Rajinikanth at Halsurugugate Police Station, Bangalore, Karnataka and Charge Sheet has been filed against her only after five years. 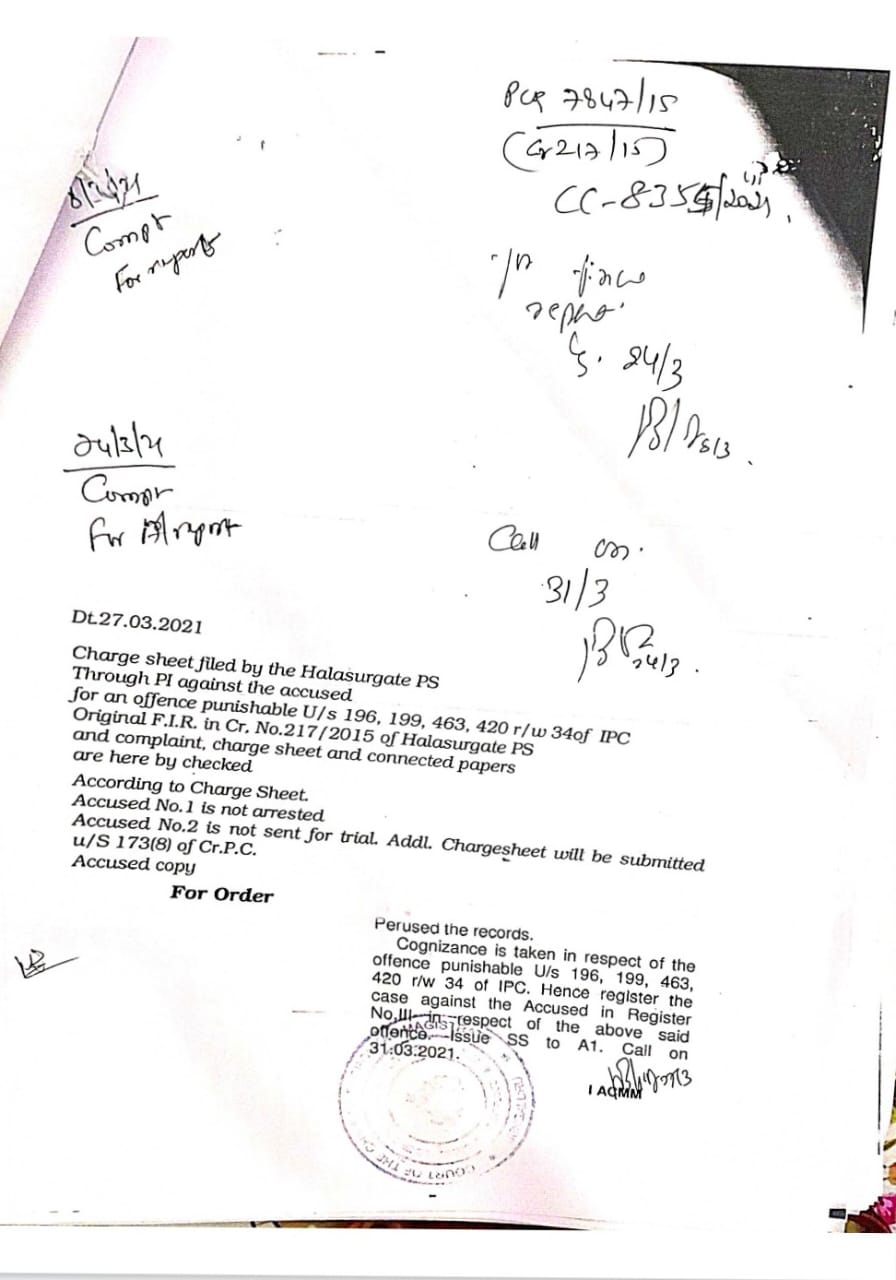 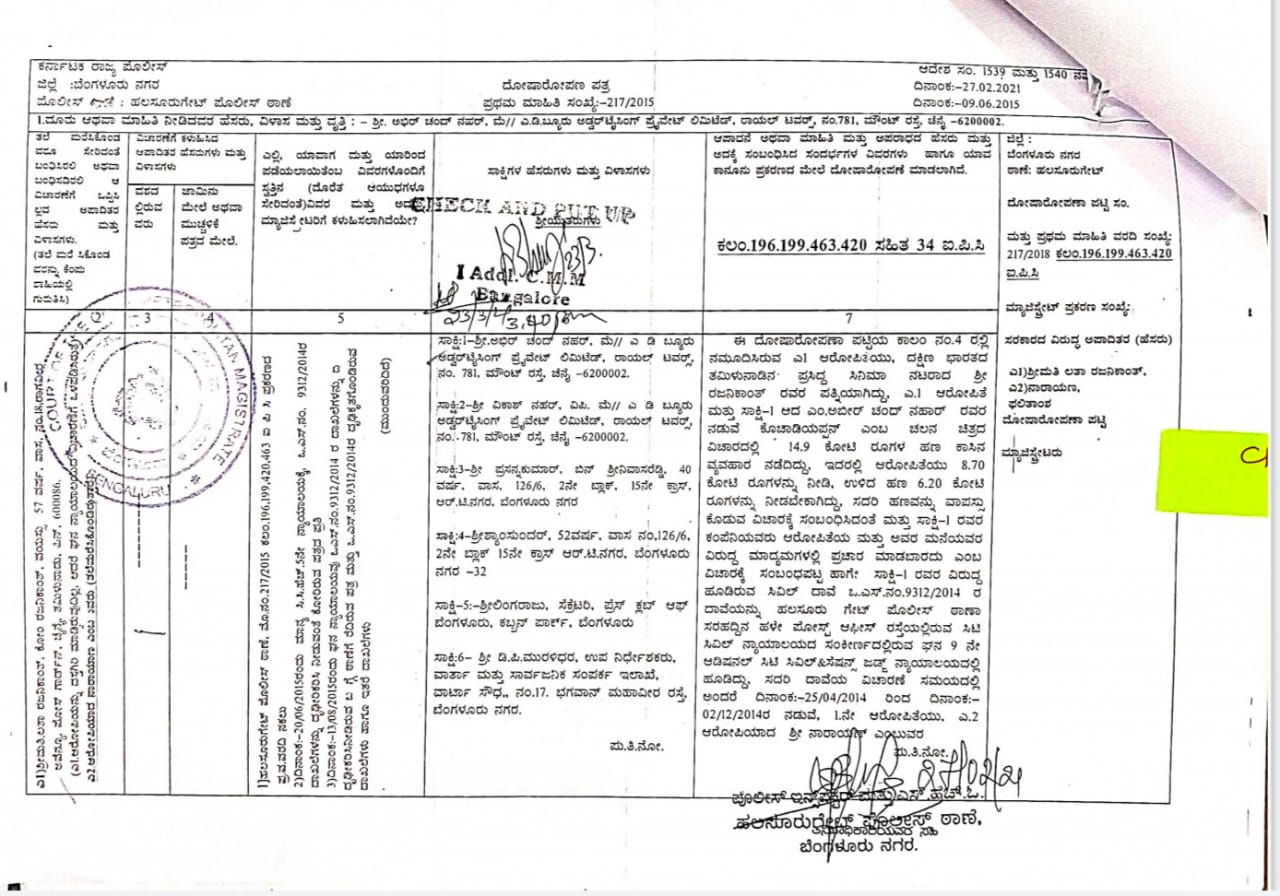 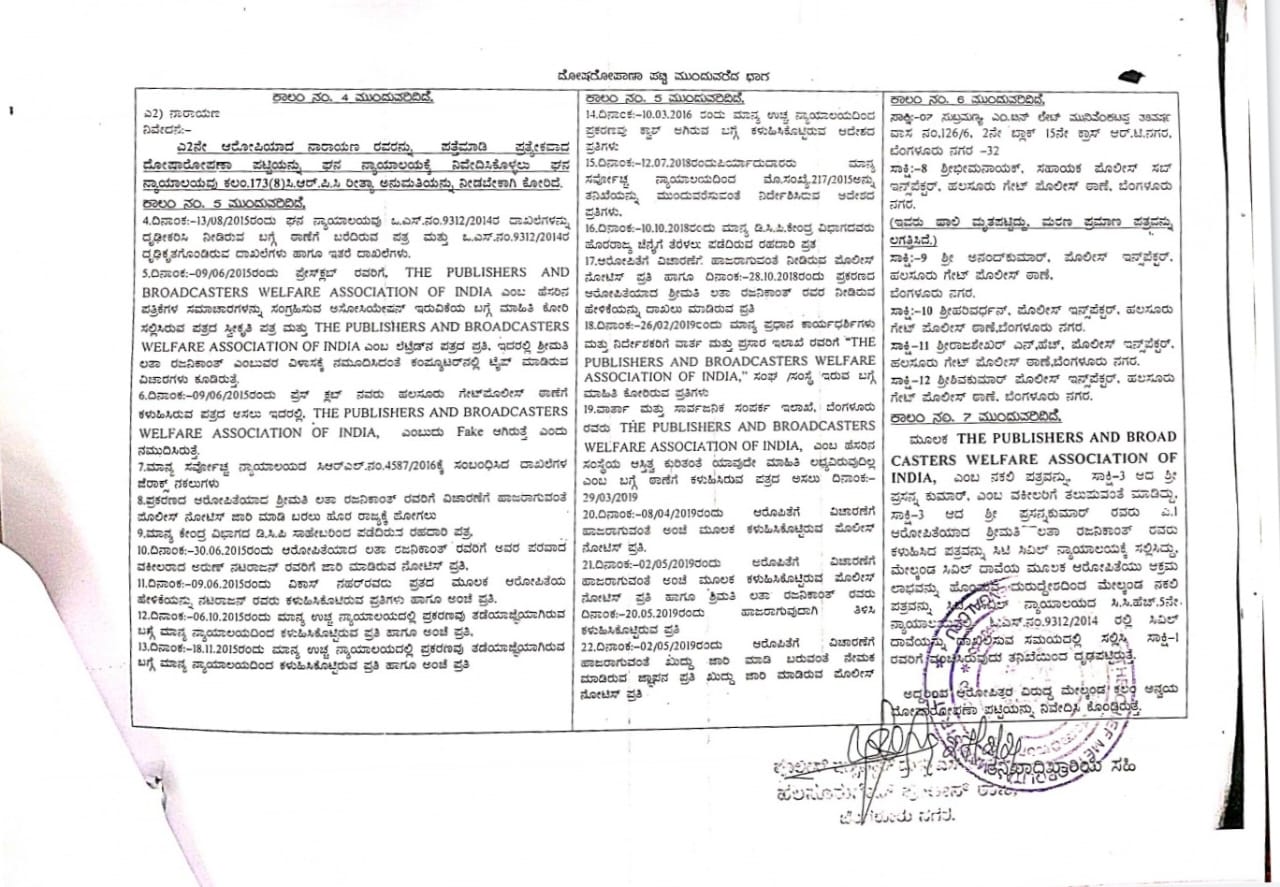 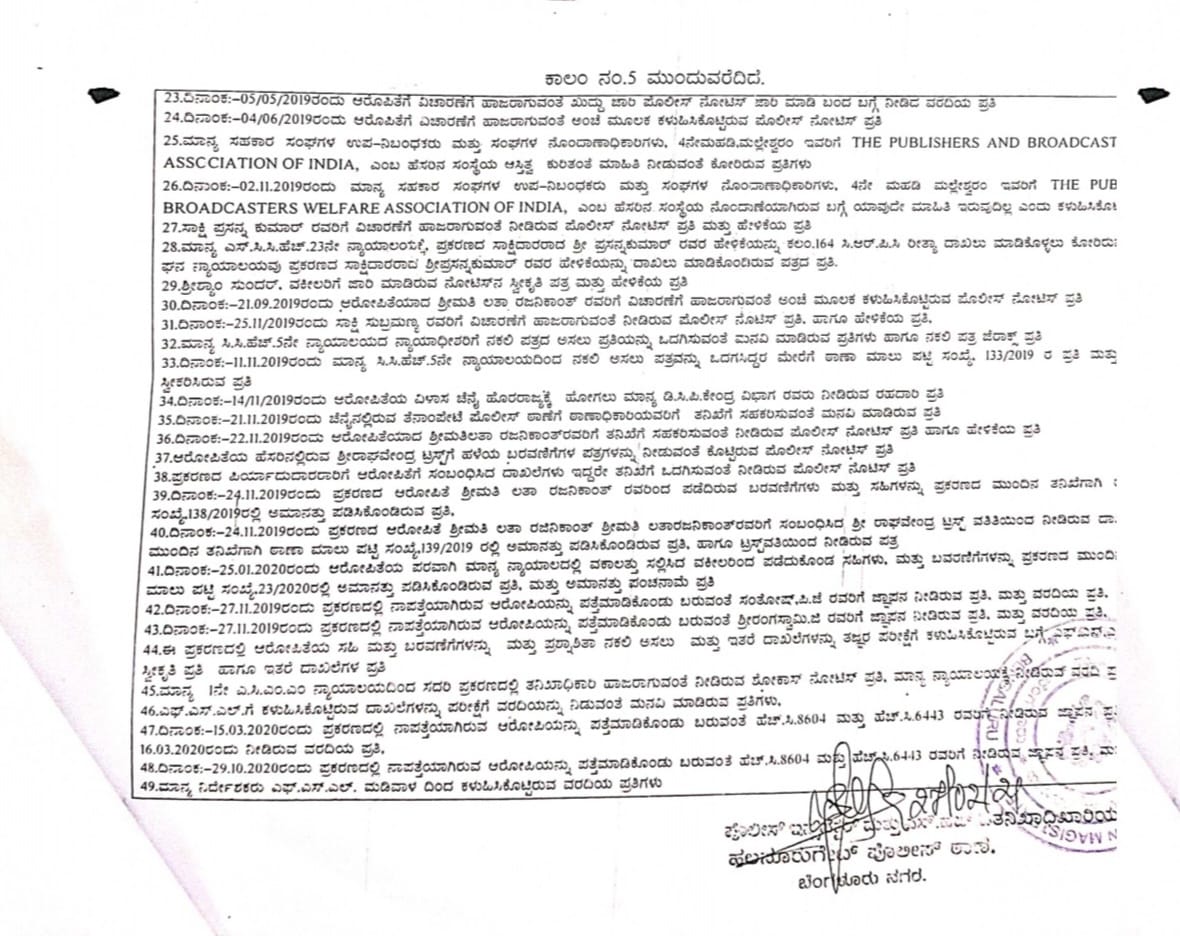 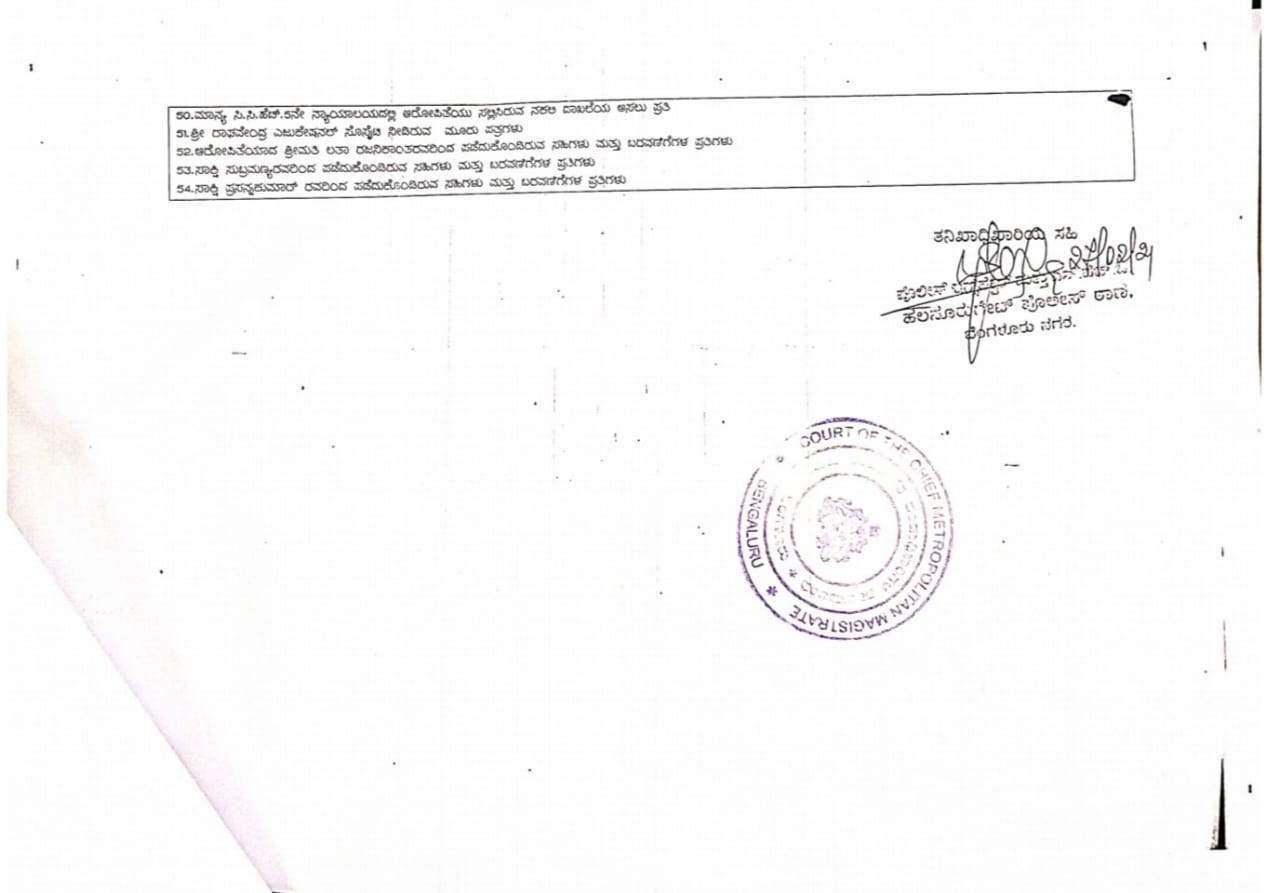