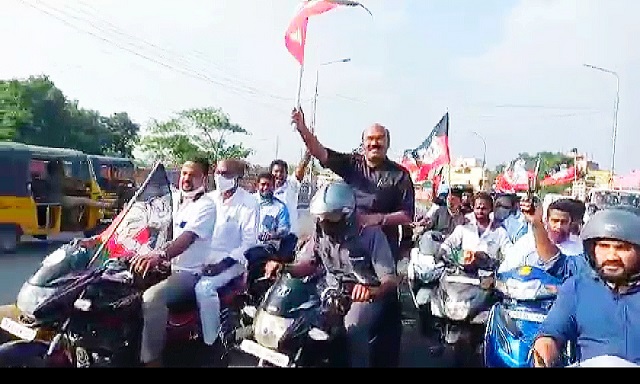 Tamil Nadu Fisheries Minister and AIADMK functionary D.Jayakumar was spotted as a pillion rider in a bike few days ago in North Chennai. It was the death anniversary of the Ex Chief Minister of Tamil Nadu and AIADMK Founder Late M.G.Ramachandran on 24th December.

As a mark of respect to MGR on his death anniversary, AIADMK functionaries had organised in around 40 different places with various functions.

Since it would be difficult to visit all the 40 places in a car in the present traffic conditions, Jayakumar decided to travel in a two-wheeler. He called up one of his party member and sat as a pillion rider in his motor bike and attended functions all the 40 places organised by the AIADMK functionaries. Jayakumar was seen holding an AIADMK party flag in his hand and travelling in the motor-bike.

Minister D.Jayakumar distributed free books & stationeries, Dhotis, Sarees and also served food in various places of the functions that were carried out.

It is said that Jayakumar’s ride in the bike took hardly around four hours to complete attending functions in those forty different places. Party members witnessing Jayakumar travelling in a two-wheeler started to follow him in their two-wheelers and this show-cased like a bike rally. 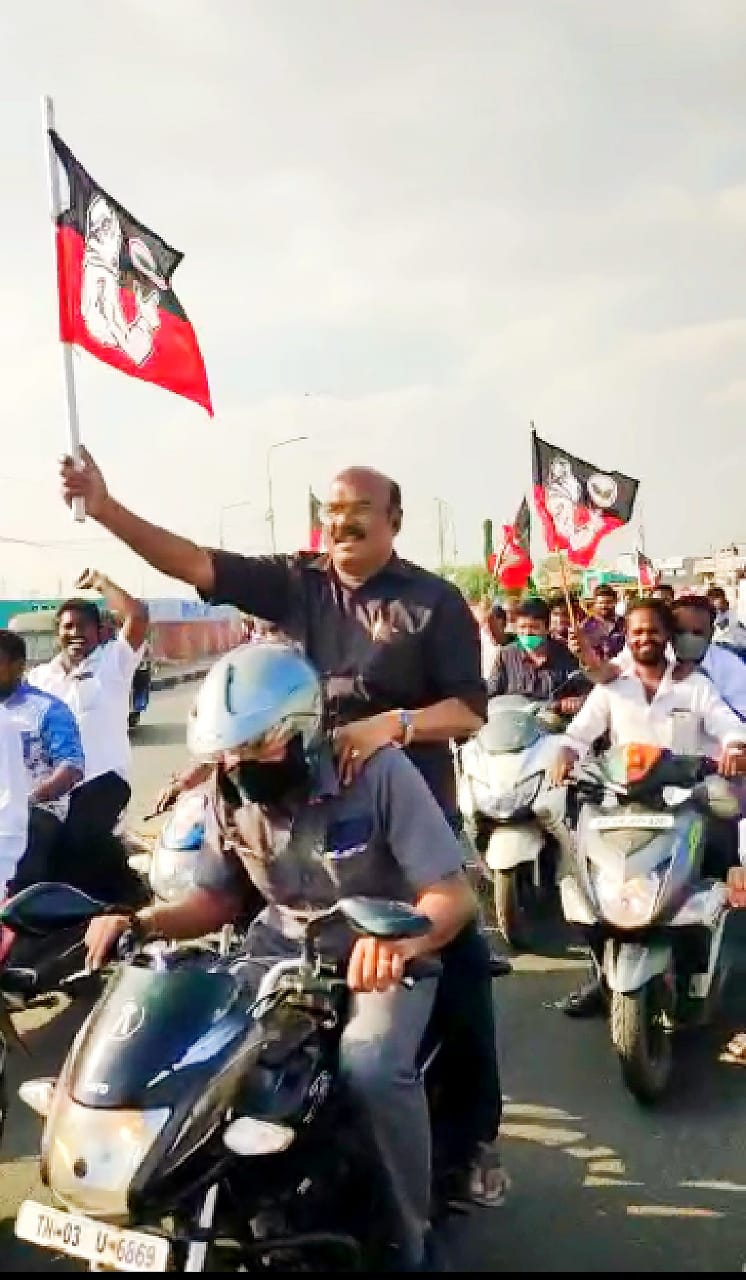 Is this minister a swordsman?

It was Jayalalitha who named me and my daughter! MP shares his experiences with Jaya!