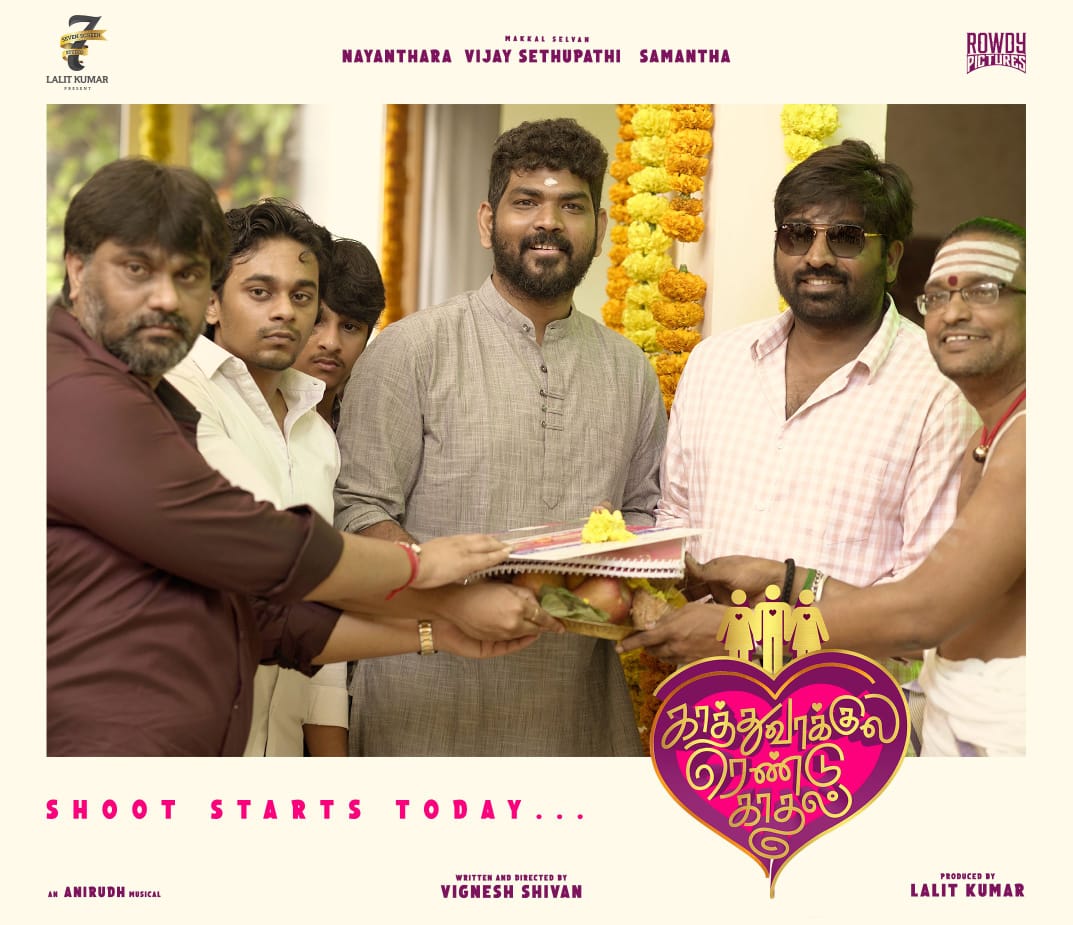 Vijay Sethupathy and Nayantara had earlier paired in the movie titled ‘Naanum Rowdythaan’ directed by Vignesh Sivan in the year 2015. This tri-combo movie was successful and hit the box-office. Though the audience expected the same combo, this could not happen immediately due to the non-availability of call-sheets of the three together.

The time has come now for the tri-combo to join hands for their next project titled ‘Kaathuvaakula Rendu Kaadhal’. The project kick-started today with a formal pooja.

Along with Vijay Sethupathy and Nayanthara, Samantha is playing an important role in the movie. The other star-cast and technicians are expected to be announced soon.

Anirudh would be scoring music for this movie and is been directed by Vignesh Sivan. The movie is being produced by Lalitkumar of 7 Screen Studio in association with Rowdy Pictures. Since Nayantara did not attend the pooja as usual, hope Samantha also skipped to attend the pooja.