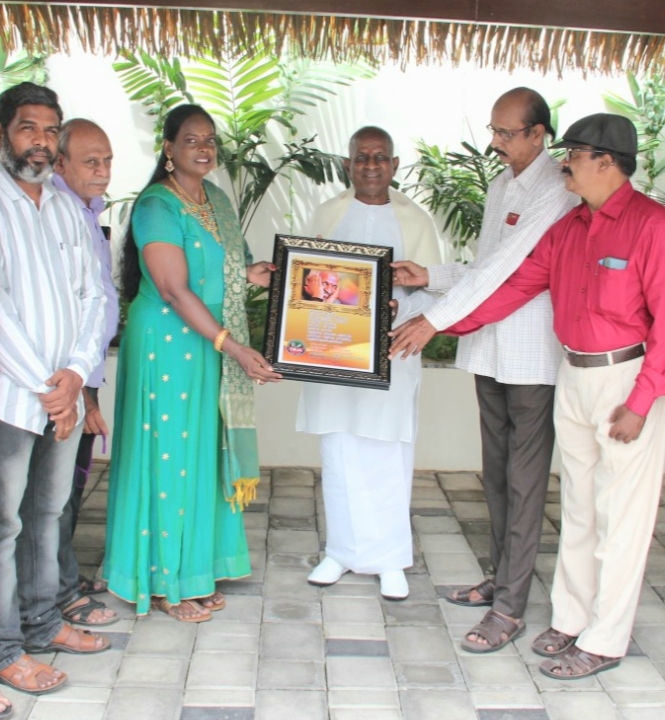 Renowned Music Director Ilayaraja who has composed music and songs for more than 1000 films in various languages, recently inaugurated his new recording studio.

As a token of gesture Ilayaraja was presented with a large framed greeting card and with three fruit saplings Mango, Jackfruit & Bananna. On request made by TMJA members, Ilayaraja spent few minutes with the members for individual photographs.