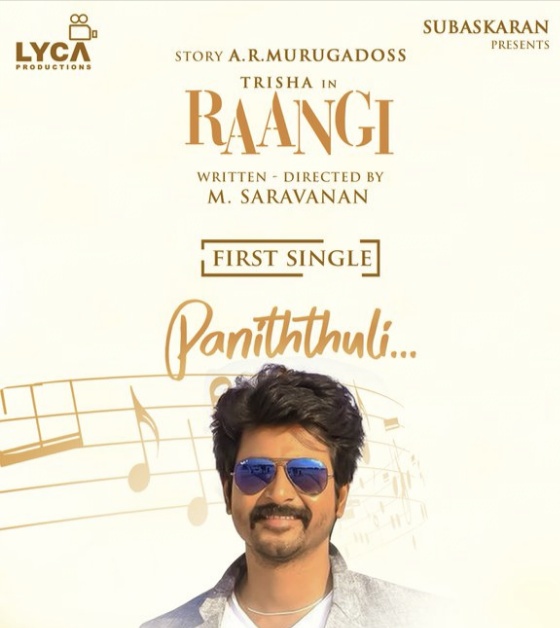 Renowned film director has penned the script for the movie ‘Raangi’ and is been directed by M.Saravanan who had earlier directed Engeyum Eppodhum, Ivan Veramadhiri and Valiyavan. Trisha plays the lead role in the movie.

The the first single track of the movie ‘Paniththuli vizhuvadhaal anaiyaadhu deepam’ has been written by Kabilan. This song has been sung by Chinmayi and the music has been composed by C.Satya.

The movie is being produced by M.Subaskaran for Lyca Productions.

Below is the YouTube link of “Raangi” Paniththuli lyric video – https://youtu.be/RZMi6ANmhek

Unrepaired roads! Too much of potholes!! Assembly elections would teach a lesson!!!

Rash driving of delivery boys! Will police keep a vigil on them?