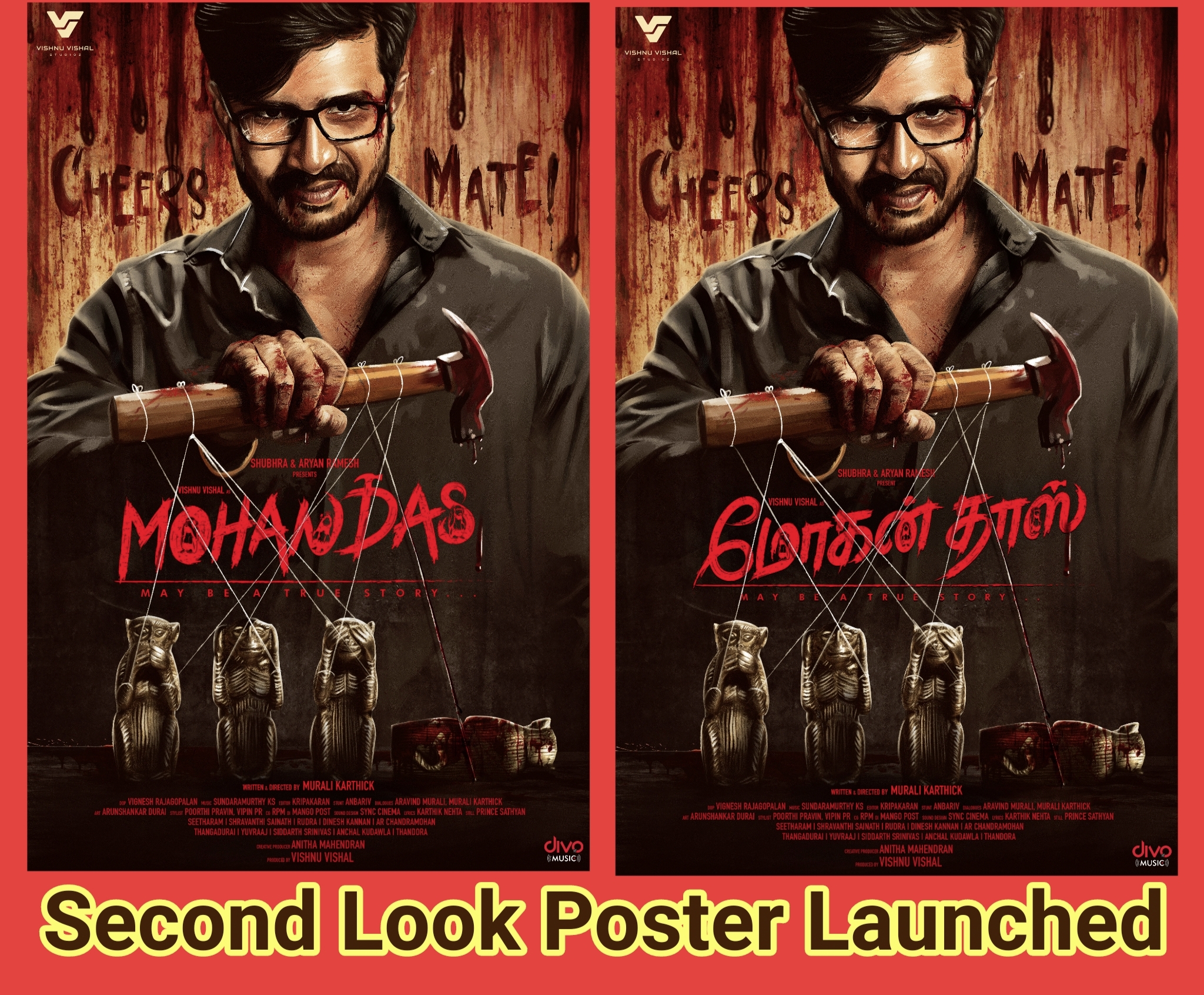 Tamil movie Mohandas is the second directorial from Murali Karthick, who made his debut with Kalavu. The film stars Vishnu Vishal, Aishwarya Rajesh, Indrajith Sukumaran, Shariq Hassan, Lallu, Prakash Raghavan and Poornima Bhagyaraj. The team had completed major portions of the film in Chennai, across various locations.

The shoot of the film ‘Mohandas’, got wrapped up recently, and post-production works with edit and dubbing are taking place simultaneously. The second look poster showcases Vishnu Vishal with a smirk, holding a bloody hammer which has the three monkeys hanging like puppets from it. A fourth monkey is shown knocked down on the side.

Mohandas has cinematography by Vignesh Rajagopalan, with music composed by Sundaramurthy.K.S. The editing is being taken care by Kripakaran. The movie is being produced by Vishnu Vishal’s own banner Vishnu Vishal Studioz. The film is planned to hit the screens in 2022.