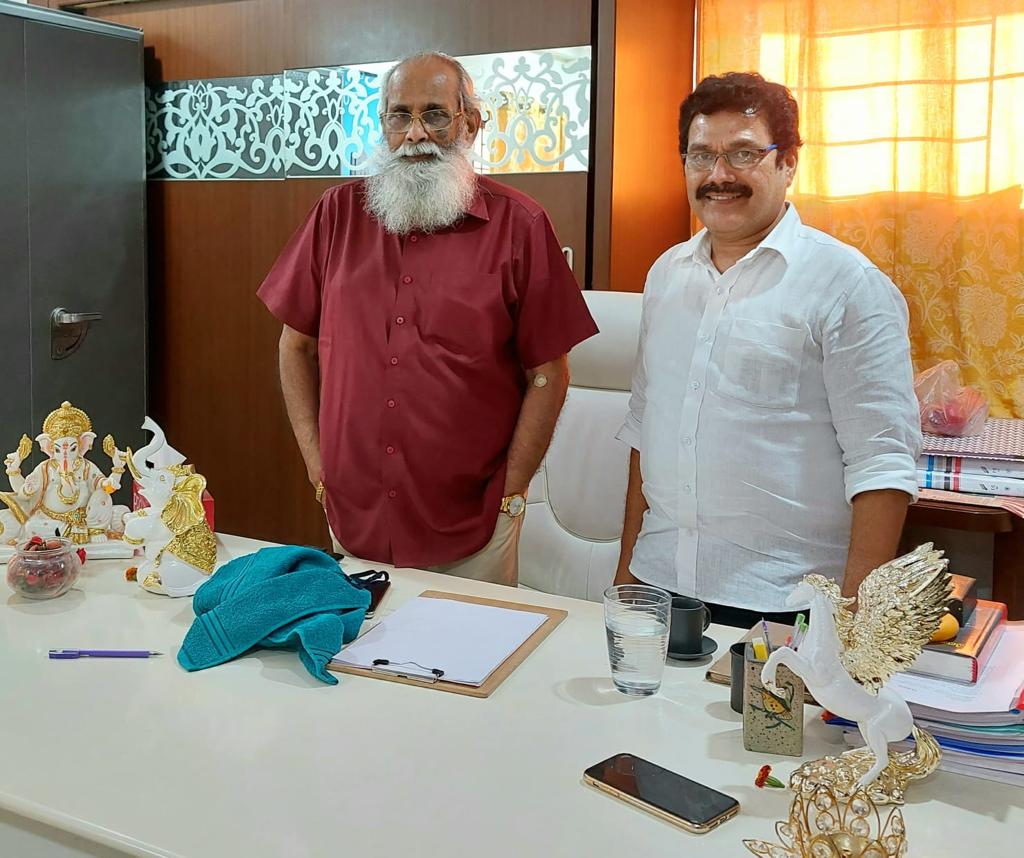 Ace Director S.S.Rajamouli’s father and legendary screen writer K.V.Vijayendra Prasad has been roped in to do story and screenplay for Sri Vaari Films third production venture.

Producer P.Ranganathan of Sri Vari Films said that Vijayendra Prasad will be doing the story and screenplay of the production house’s third venture, which is set to commence soon.

It is to be noted that Vijayendra Prasad has written the screenplay for more than 25 superhit pan Indian films in Telugu, Tamil and Hindi, including ‘Baahubali 1 & 2’, ‘Bajrangi Bhaijaan’, ‘Manikarnika’ and the highly anticipated upcoming flick ‘RRR’ directed by Rajamouli. Vijayendra Prasad had also penned the screenplay for the biopic of Late.J.Jayalalitha’s ‘Thalaivi’ directed by Vijay.

Ranganathan said leading actors will be part of the project and the official announcement about the cast and crew will be made in the coming days.

‘Dharmaprabhu’ is a fantasy flick which had Yogi Babu in the lead role while ‘Anandham Vilayadum Veedu’ which was an emotional family drama featuring Cheran and Gautham Karthik in prominent roles.

Ranganathan who initially started his career in the film industry as a film distributor later turned as a producer through his debut production ‘Dharmaprabhu’. Ranganathan has distributed and marketed many films in various areas of Tamil Nadu and overseas.