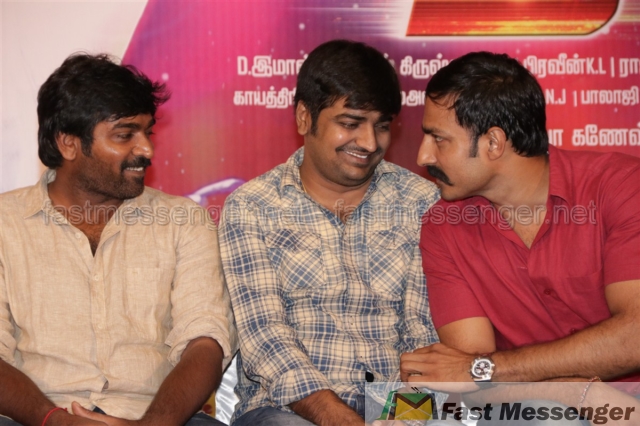 Vijay Sethupathy on addressing the media said, I don’t know whether the movie would succeed or fail. I was intractable when I was acting in that movie. I am not sure whether I would once again play such character in my future! But in future I would surely act in movies of this kind!!”.

Though Vijay Sethupathy had spoken as if he liked his character in “Rekka” movie, his expression during his speech seems to be as if he is dissatisfied with the outcome of the movie. Lets hope “Rekka” gains at Box office.