Director Shankar lands up in trouble! Anniyan in Hindi may not kickstart now!! 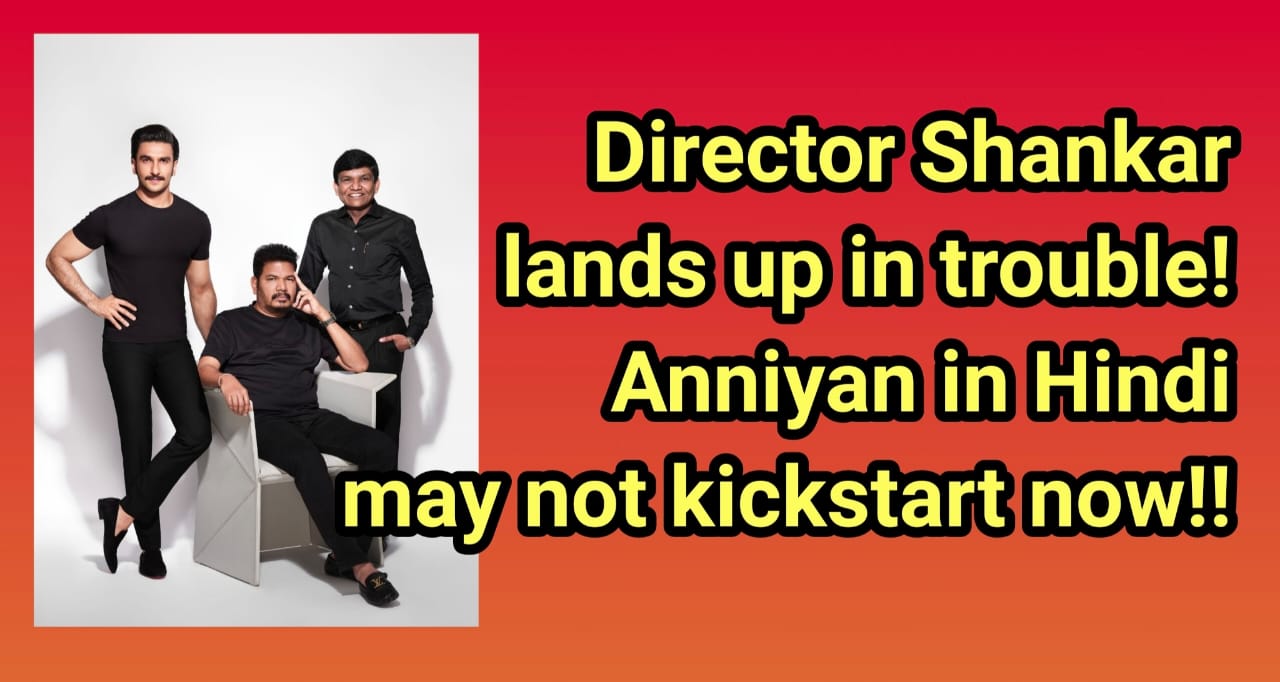 Director Shankar who debuted as a director through ‘Gentleman’ star cast by Arjun in the lead role. The movie was a blockbuster. He remade ‘Mudhalvan’ as ‘Nayak’ in Hindi and and Shankar became a director on demand in the whole of Indian Film Industry. Few of his films were dubbed in various languages and released and the movies became hit and Shankar got wel established as a Branded Direcctor.

Yesterday an official press note was released stating that the 2005 blockbuster Tamil movie ‘Anniyan’ is going to be remade in Hindi. The press statement released by Dr.Jayantilal Gada, Chairman & Managing Director of ‘Pen Studios’ mentions that the movie would star Ranveer Singh in the lead role, directed by Shankar and produced by ‘Pen Studios’.

V.Ravichandran, Producer of the original version ‘Anniyan’ in Tamil, who came to know about this news through the media, is said to have sent a notice to Director Shankar claiming that he V.Ravichandran had procured the story rights of the movie ‘Anniyan’ from writer Late. Sujatha, who has penned the story for the movie.

When our correspondent contacted V.Ravichandran, he confirmed that the news speculating about the notice sent to Shankar was true. He had even shared us the statement of monetary transaction done to writer Late.Sujatha towards procuring the story rights for the movie ‘Anniyan’. Below mentioned is the text of the letter served by V.Ravichandran to Director Shankar:

“I am utterly shocked to know, that, you are likely to undertake the Direction of a Hindi film by adopting the story of the movie Anniyan. You are well aware of the fact that, I am the Producer of the said movie Anniyan. The entire story rights was purchased by me from the writer Sujatha (alias late Rangarajan) for which full payment was done by me to him and necessary records are also available. I am the whole and sole owner of the rights of the storyline. As such, any such adoption or remaking or copying the main plot of the said movie, without my permission, is totally illegal.

Further I wish to remind you that after the not so successful film namely ” BOYS directed by you, you were under severe stress due to dented image. Still I have provided you the opportunity to Direct the film Anniyan, after which you have regained the lost ground, only because of my support. It is a sorry state of affairs that you have conveniently forgotten the same and without even informing me, you have tried to reap the accolades of my successful movie “Anniyan” by associating yourself and adaptation of Hindi version of the same. I am sure you always maintain certain ethical values, hence I wonder how can you stoop to a low level by resorting to such unlawful acts.

You are hereby advised to immediately stop proceeding any further on the same, due to the illegal copying of the story line for which the entire rights are held by me. Please note that a legal notice follows this letter.” says his notice.

It is to be noted that Director Shankar is already in a trouble with ‘Lyca Productions’ who are producing ‘Indian 2’ star-cast by Kamal Hassan and directed by Shankar. Now it’s now an another heads-up for Shankar. Legal experts says that ‘Anniyan’ cannot kickstart without the consent of V.Ravichandran.

Let’s wait and see whether the dispute between Shankar and Ravichandran gets over and ‘Anniyan’ Hindi remake kickstarts. 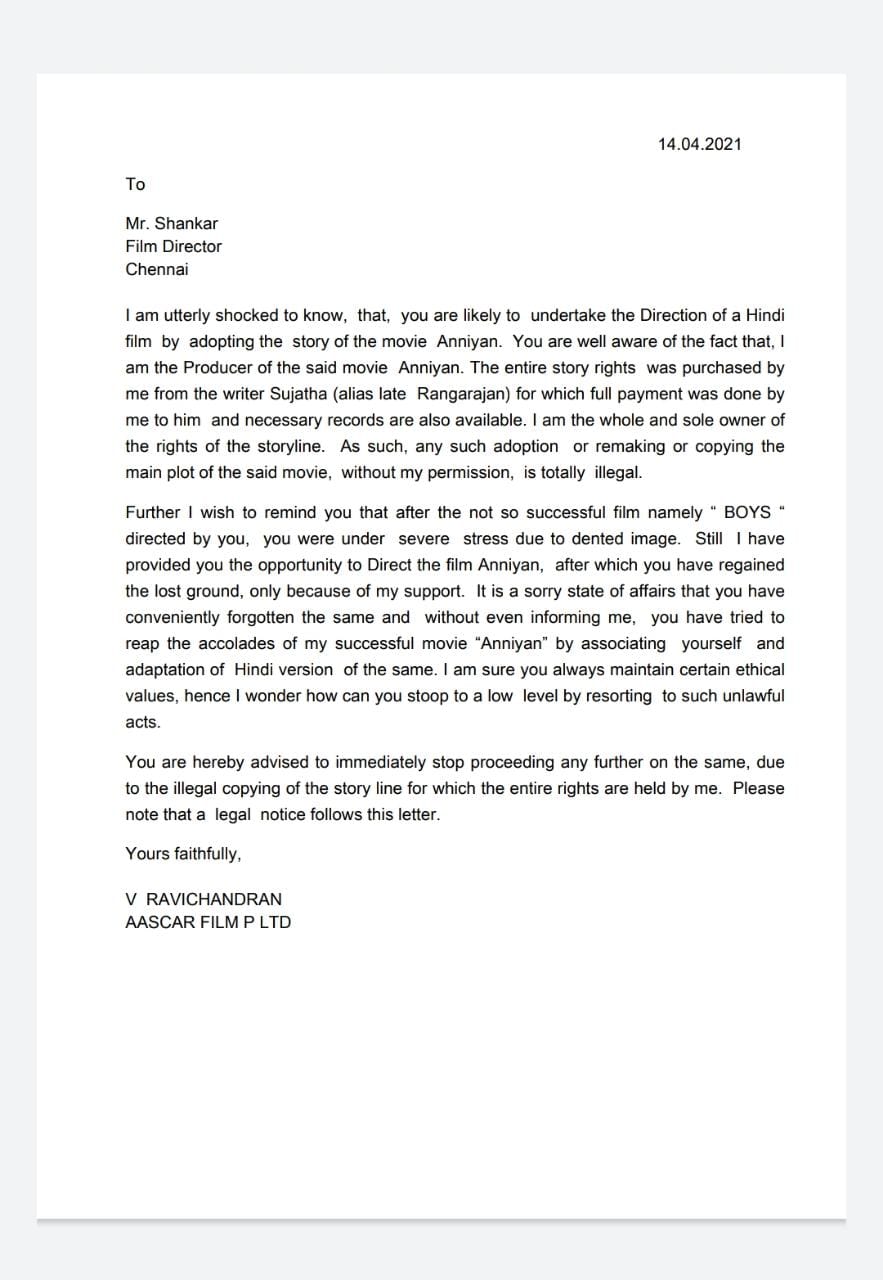 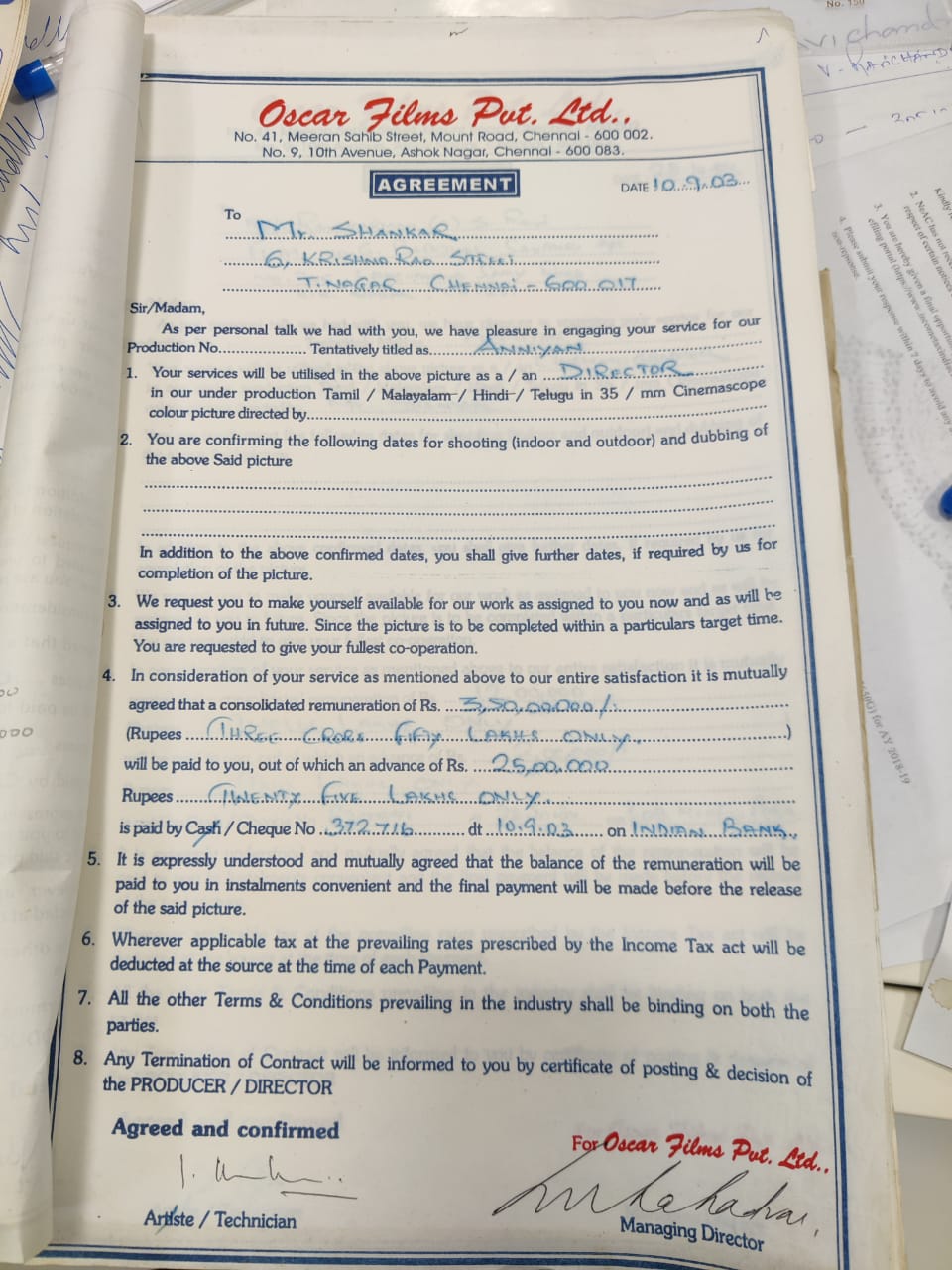 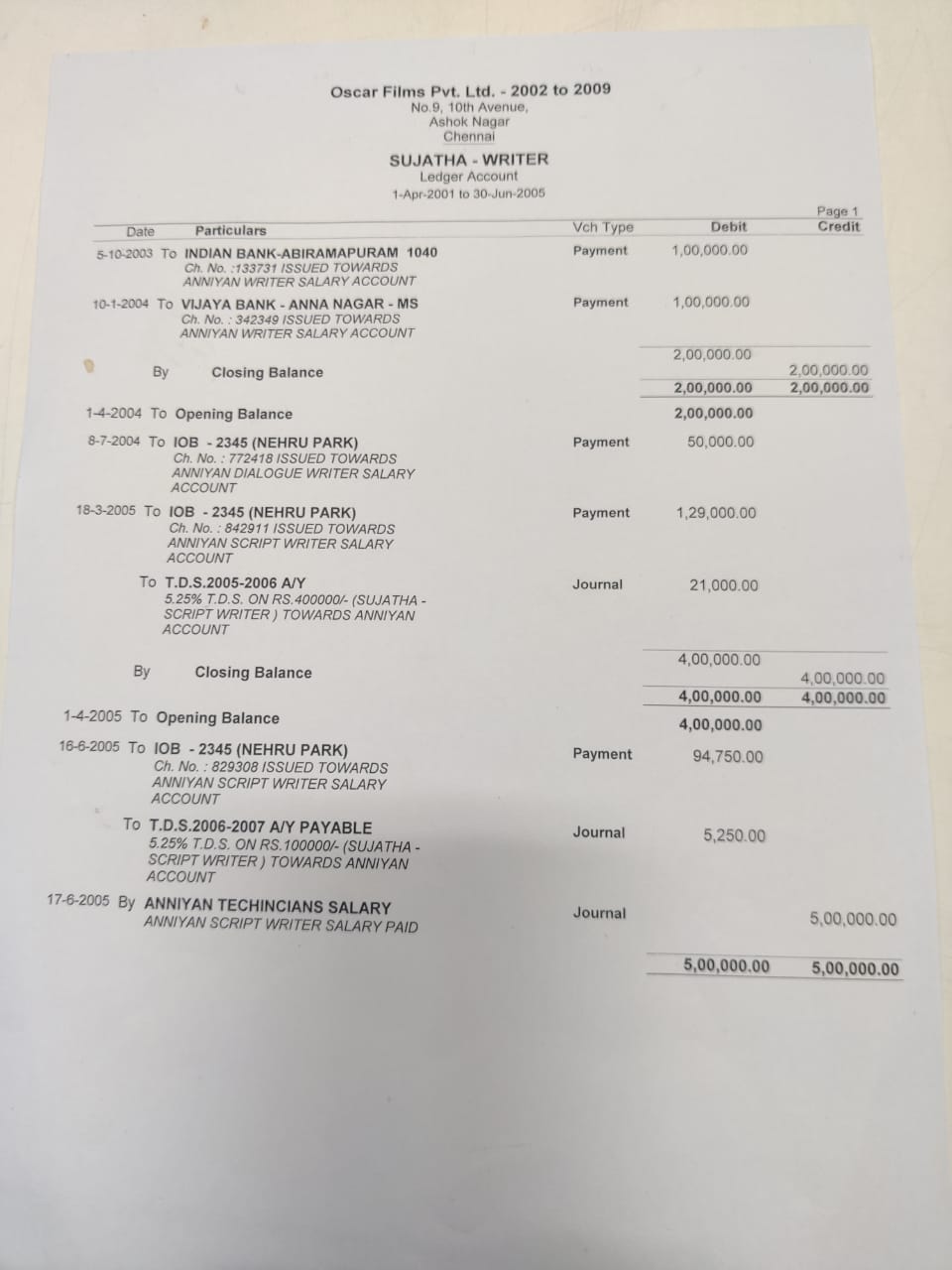