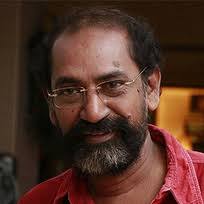 Director S.P.Jananathan who made his directorial debute with the Tamil movie Iyarkai in 2003. Jananathan later made Tamil movies E, Peranmai, Purampokku Engira Podhuvudamai and Bhooloham which got released in theaters. Currently Jananathan is directing Vijay Sethupathi and Shruthi Hassan in the movie titled Laabam. The shoot of Laabam is almost over and the post production works are going on.

Jananathan was today engaged in the editing work of the movie Laabam at the Editing studio. Afternoon he had left the studio to his house for lunch. Since Jananathan did not turn up to the Editing studio till 03:30 pm, his assistants had dropped in to Jananathan’s house to see him.

Sources say that the Doctors who hd diagnosed director Jananathan have found out that he is Brain Dead. It is said that a senior neurologist has been called to treat Jananathan.

Jananathan is said to be an exceptional in the film industry for his simplicity. He is a bachelor and aged 60 years. He is the youngest brother of Producer Azhagan Tamilmani. Jananathan has worked as assistant with B.Lenin, Bharathan, Vincent Selva and Keyar.

Let’s believe director Jananathan would soon recover from his ill-health and would turn back to his routine work with his same old energy.