Divyansha Kaushik is playing as the heroine opposite Sundeep Kishan in the movie.

Varalaxmi Sarathkumar comes on board to play a crucial role in the movie. More details about her character in the movie are awaited. 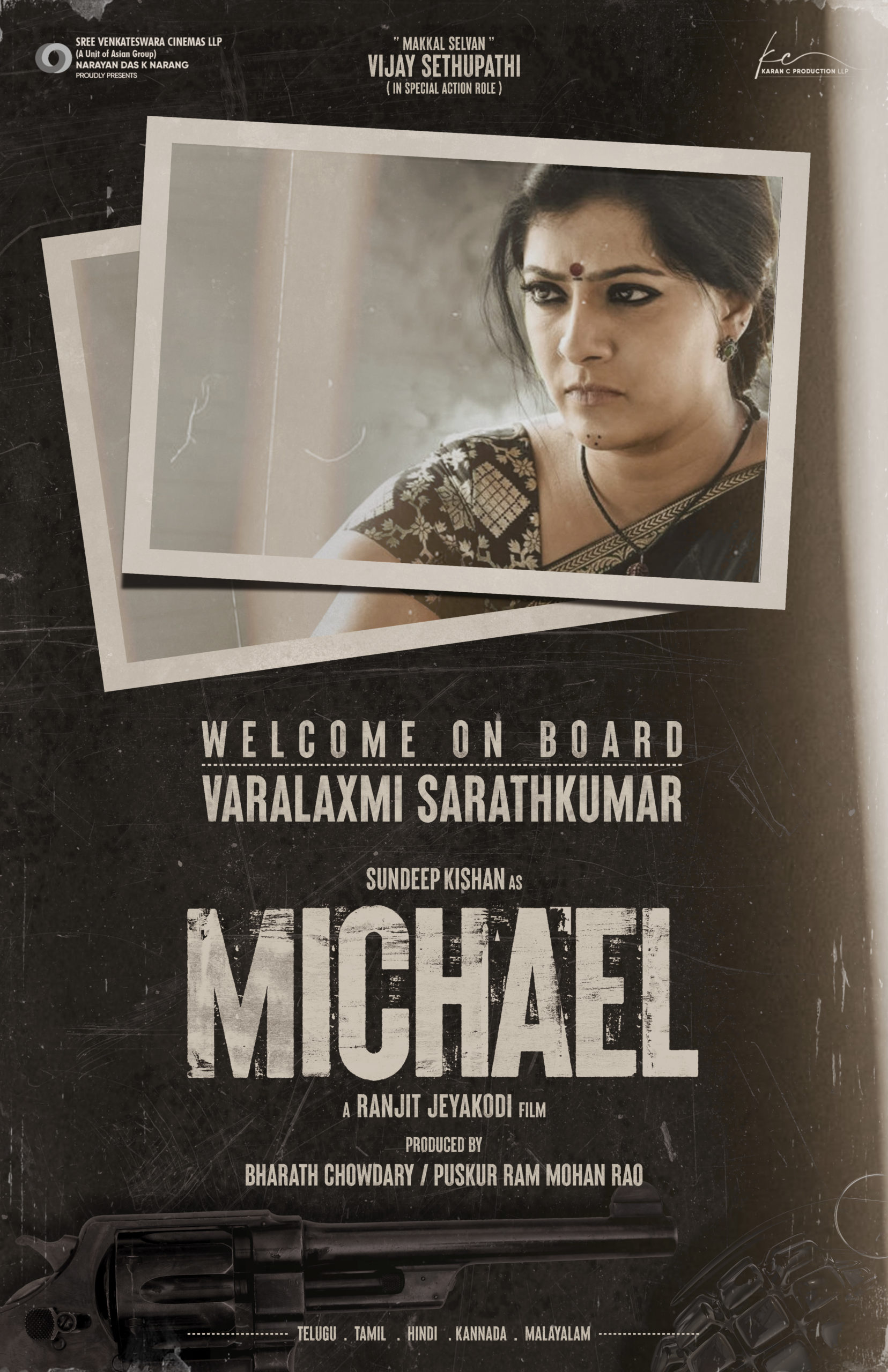 Director Gautham Vasudev Menon is playing an antagonist in the film and the first schedule of his shoot has already completed and second schedule is expected to commence soon.

It is said that Ranjit Jeyakodi has penned a distinctive script and Sundeep Kishan will be seen in an intense role in “Michael”.

The production house states that the film’s other cast and crew will be revealed later.