Toyota to sell more than 5.5 million Electrified vehicles by 2030 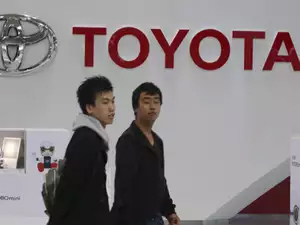 Japanese auto major Toyota today said it will launch more than ten battery electric vehicles by early 2020s starting in China, with India to be among the first markets along with the US and Europe besides its home turf.

The electrification will be across the entire Toyota and Lexus line-ups, it added.
“Toyota will accelerate the popularisation of BEVs with more than 10 BEV models to be available worldwide by the early 2020s, starting in China, before entering other markets – the gradual introduction to Japan, India, the United States and Europe is expected,” the company said in a statement.

The FCEV line-up will be expanded for both passenger and commercial vehicles in the 2020s, it added.

The company further said by around 2025, every model in the Toyota and Lexus line-ups around the world will be available either as a dedicated electrified model or have an electrified option.

“This will be achieved by increasing the number of dedicated HEV, PHEV, BEV, and FCEV models and by generalising the availability of HEV, PHEV and/or BEV options to all its models,” it added.

Minister walks on road due to his car stuck in…

Subsequently, no models will be developed without an electrified version, it said. Toyota has already announced plans for cooperation with compatriot Suzuki Motor Corporation to introduce electric vehicles (EVs) in India by 2020.

The partners had said they also intended to conduct a comprehensive study of activities for widespread acceptance and popular use of EVs in India.

Suzuki has also announced that it would construct a lithium-ion battery plant along with its partners in Gujarat, where it operates a manufacturing plant supplying automobiles exclusively to its Indian arm Maruti Suzhuki.

The announcement by the two companies came at a time when the Indian government is pushing for electric vehicles, setting a target of an all electric fleet by 2030.

Toyota said it has been actively developing next- generation solid-state batteries and aims to commercialise the technology by the early 2020s.