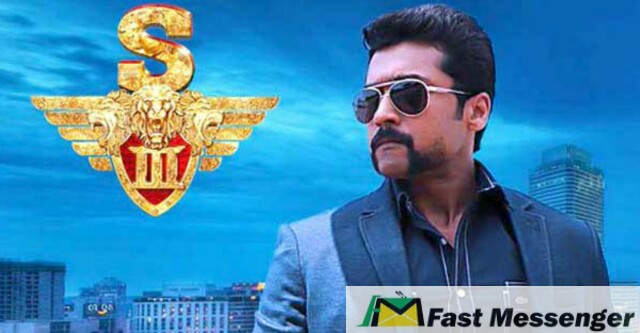 With the success of ‘Singam 1’ and ‘Singam 2’, the producer is coming out with its third sequel titled ‘Singam 3’. K.E.Gnanavelraja is producing the movie for their production house Studio Green.

Hari who had earlier directed Singam 1st and 2nd part is directing its 3rd sequel. Music is being scored by Harris Jeyaraj. The cast includes Sruthi Hassan, Anuska Shetty, Vivek, Suri, Radharavi and many others.

The shooting kick started from Visakhapatnam and continued in various places of India. The crew has now flown to Malaysia to shoot the song sequence and few scenes. The stunt scenes have already been filmed at Thalakkonam, a forest in Andhra Pradesh.

The film is set to release by next year.