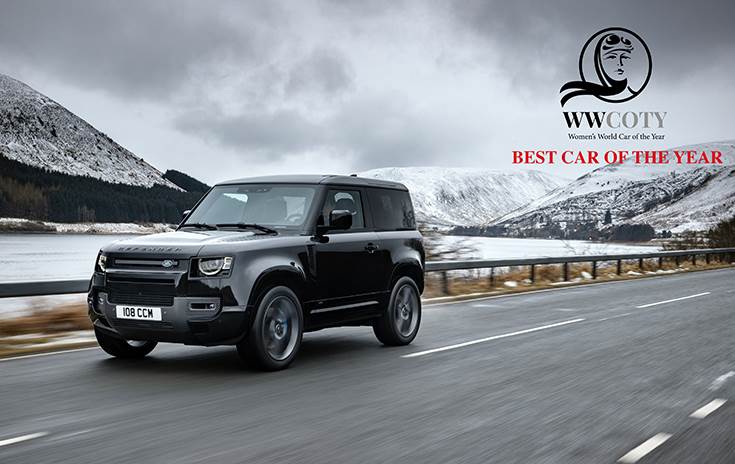 On March 8, Women’s International Day, the 2021 World’s Best Car of the Year was voted by a majority of 50 women motoring journalists from 38 countries on five continents.

The journalists of the Women’s World Car of the Year have chosen the Land Rover Defender as the World’s Best Car 2021.

To reach this result, the jurors of the international team of 50 female motoring experts from 38 countries and five continents, including Autocar India’s Renuka Kirpalani, have tested dozens of models and evaluated each. Nine vehicles have reached the final, each of them winners in their category, and all of them worthy candidates for the highest trophy. The finalists are:

After a vote in which different aspects such as safety, performance, comfort, technology and value for money were taken into account, the specialists have given the absolute victory to the Land Rover Defender.

The voting system of the Women’s World Car of the Year was based this year on choosing in the first round the three best cars in each category, taking into account models launched between January and December 2020.

In the second round the jurors have chosen only one, the best in each category in relation to its rivals in the same segment.

Toyota to sell more than 5.5 million…

The third ballot was undoubtedly the most difficult because the finalists were the winners of each segment, all vehicles with an excellent level.

“The Women’s World Car of the Year is the only jury in the world made up entirely of women motoring journalists. This gives it enormous value because its decisions represent the liking and preferences of millions of women drivers around the globe.

“But cars have no gender and are not subject to stereotypes so the winners of these awards are, quite simply, the best cars in the world.

“And this year’s top winner is the Land Rover Defender,” says Marta Garcia, Executive President of the Women’s World Car of the Year.

The voting was verified by Grant Thornton, from its office in Auckland (New Zealand). The firm has been certifying the results of the Women’s World Car of the Year since its inception in 2009. Paul Kane, a partner in the company, says it is always a hard-fought process.

Women’s World Car of the Year is the only car awards group in the world comprised exclusively by women motoring journalists. It was created by New Zealand motoring journalist, Sandy Myhre, in 2009. She is currently Honorary President while Marta García performs as Executive President.

Gender neutral environment important to encourage women in the workplace

Toyota to sell more than 5.5 million Electrified vehicles by 2030