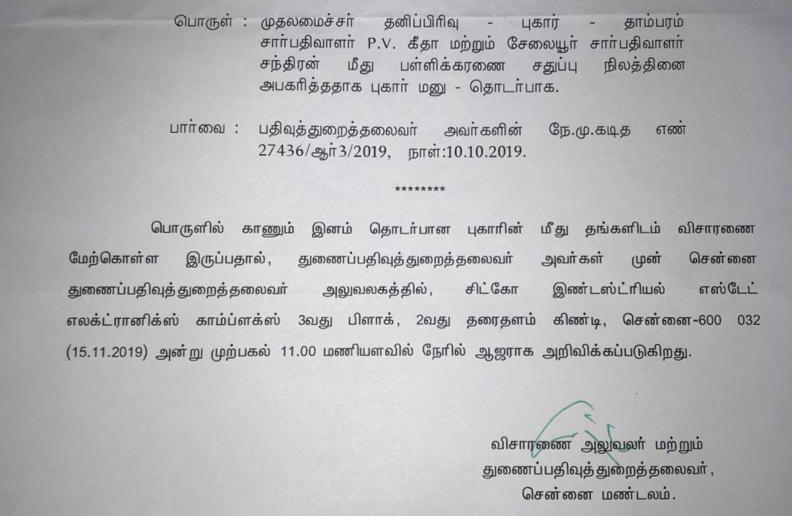 In the year 2006, approximately around 7 acres of Marsh Land situated at Perumbakkam on the outskirts of Chennai was transferred to indidviudals through Settlement Deed as mentioned below:

1. The Marsh Land measuring 3 Acres was Transfered by S.Vasanthi to M.Sampath through Settlement Deed as per Document Number 1483 Dated 22nd February 2006.

2. The Marsh Land measuring 2 Acres was Transfered by J.Sudha to E.Janarthanan through Settlement Deed as per Document Number 1484 Dated 22nd February 2006.

3. The Marsh Land measuring 3 Acres was Transfered by K.Suguna to G.Kaliyamoorthy through Setthlement Deed as per Document Number 1485 Dated 22nd February 2006.

The above mentioned Marsh Land Properties were given ‘Power of Attorney(POA)’ as mentioned below:

1. The Marsh Land measuring 3 Acres was given a ‘Power of Attorney(POA)’ by M.Sampath to M.Nagarajan as per Document Number 674 Dated 23rd February 2006.

2. The Marsh Land measuring 2 Acres was given a ‘Power of Attorney(POA)’ by G.Kaliyamoorthy to M.Nagarajan as per Document Number 675 Dated 23rd February 2006.

3. The Marsh Land measuring 2 Acres was given a ‘Power of Attorney(POA)’ by E.Janarthanan to M.Nagarajan as per Document Number 676 Dated 23rd February 2006.

As per the above mentioned details, it clearly explains that 7 Acres of Marsh Land belonging to the Government has been transferred illegaly to individuals using forged and fake documents.

It is said that during this period of this land rregistration, P.V.Geetha was the Sub-Registrar of Tambaram Sub-Registrar Office where these documents were registered.

In regard to these land scam and forged, fake documentation, one Mr. S.Sivasuriyan has filed a police complaint at Central Crime Branch. The complaint has been registered as Crime No.:62/2012 with the 25th Team mentioning as Marsh Land Scam valuing Rs.1200 crores.

Sivasuriyan has filed a fresh complaint on 18th June 2019 with the Commissioner of Police, Greater Chennai and has marked copies of the complaint to Chief Minister;s Special Cell, Inspector General of Registration, Director of Vigilance & Anti-Corruption, Joint-Commissioner of Police – Central Crime Branch at Chennai. P.V.Geetha who has been accused by S.Sivasuriyan in his complaint, had earlier served as Sub-Registrar in the year 2006 was later promoted and now she is been designated as Assistant Inspector General of Registration. P.V.Geetha was recently given additional charge as Special Officer of ‘South Indian Artistes Association’ which is called in general as Nadigar Sangam. Reliable sources say that P.V.Geetha is grand daughter of Late.Kakanji’s brother. Kakanji had earlier served as Home Minister in the Madras Presidency Government. Kakanji is still being remembered for his sincereity and straight-forward behaviour during his period of service. 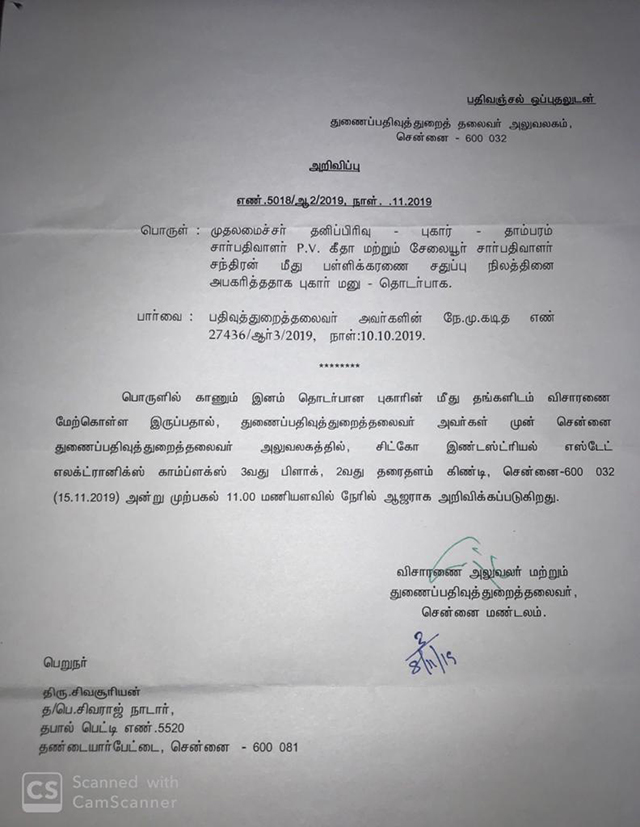 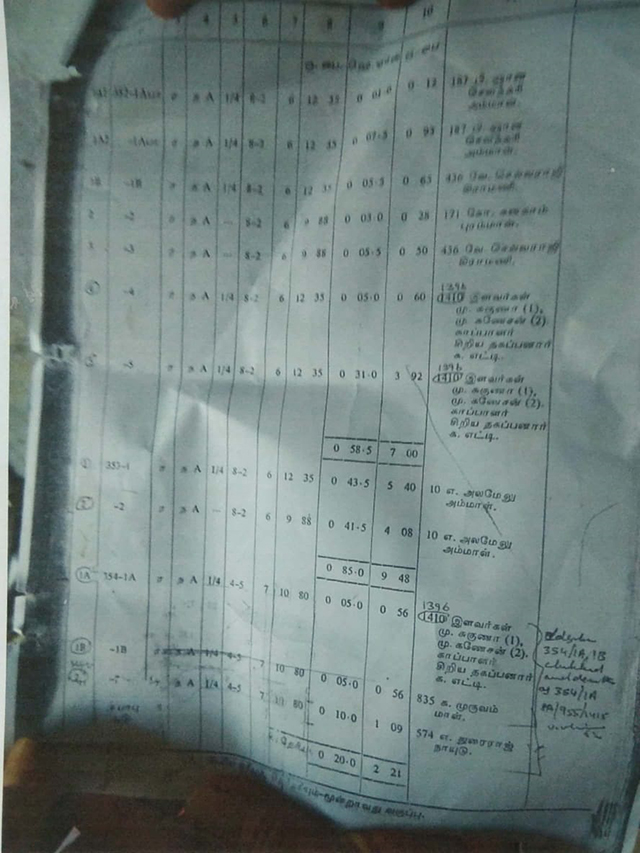 Today most of of the girls consume alcohol! Says debutant director Sanjay Bharathi…