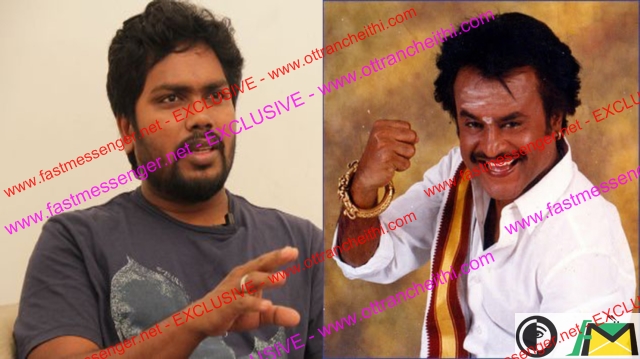 Few weeks ago there were news about Superstar Rajnikanth to act in a film directed by an young director Ranjinth who is popular for his first film “Attack Kathi” and then “Madras”. Later an official announcement confirmed the same and the movie would be produced by Kalaipuli S.Thanu on behalf of V Creations.

There had been news speculating that Bollywood actress Radhika Apte would be pairing along with Rajni in the movie. Recently Radhika Apte was on controversy for her nude video that was floating on social media, which is said to be shot for a documentary film directed by Anurag Kashyap. Her nude selfies were also said to be floating on social media.

Though the title of the movie has not yet been announced officially, news were spreading with various names Kaali, Kannabiran, Rudhra, Eswaran, Munneswaran and Kabaleeshwaran. But there were no confirmation about any of the titles that were been assumed and spread by the fans.

We started to find out the truth behind the real title for the new movie of Superstar Rajni directed by Ranjith and produced by Kalaipuli S.Thanu. We understand from close sources of the movie crew that the movie has been titled as ” Kabaali” and Rajni’s character is named as Kabaleeshwaran. The story is said to be played on the backdrops of Mylapore. There is a news about one named as Kabaali, the outlaw of yesteryears of Mylapore is also known to have rendered helping hand to the Mylaporeans in times of need. But we can’t assure that the story would be related to that of yesteryears Kabaali.

Let’s wait for the official announcement and later confirm, whether the title of Rajni starring Ranjith Directorial is “Kabaali” or something else?