MNM’s Kamal Haasan Bats For Privatisation Of TASMAC, Says ‘it Is Not Government’s Job’ 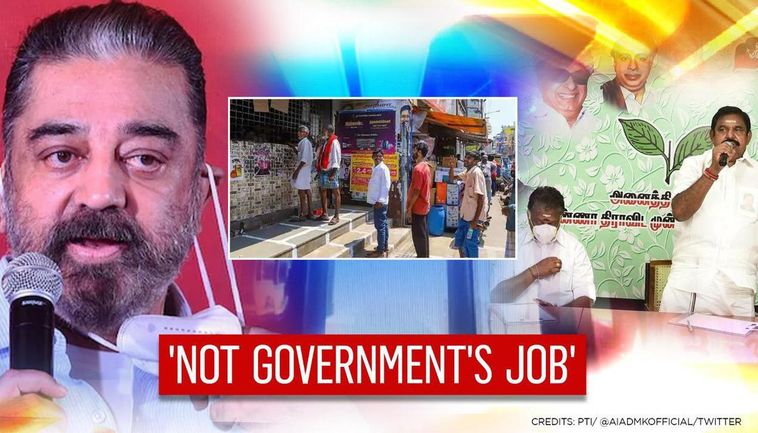 Makkal Needi Maiam (MNM) chief Kamal Haasan batted for the privatisation of the state-run TASMAC outlets in Tamil Nadu, claiming that it wasn’t the government’s job to be involved in the sale of alcohol. The actor-turned politician’s remarks came after a sub-inspector was killed by a man under the influence of alcohol in Thoothukudi on Monday. Slamming the state government for controlling the TASMAC liquor outlets, Kamal Haasan said that the responsibility of TASMAC should be handed over to private companies to monitor and control sales.

Taking to Twitter, Kamal Haasan claimed that the honest sub-inspector was killed by the man who was addicted to alcohol on Monday in the southern part of Tamil Nadu. Haasan pointed out that the ‘addict’s’ wife had also attempted suicide following his actions. The MNM chief urged the government to hand over the operations of TASMAC to private companies while also suggesting the government to set up rehabilitation centres next to each TASMAC outlet in order to help people with issues of addiction. The actor-turned-politician also slammed the government for inviting vendors to set up TASMAC outlets thereby drawing lakhs into the addictive habit.

Politics over a futuristic Budget