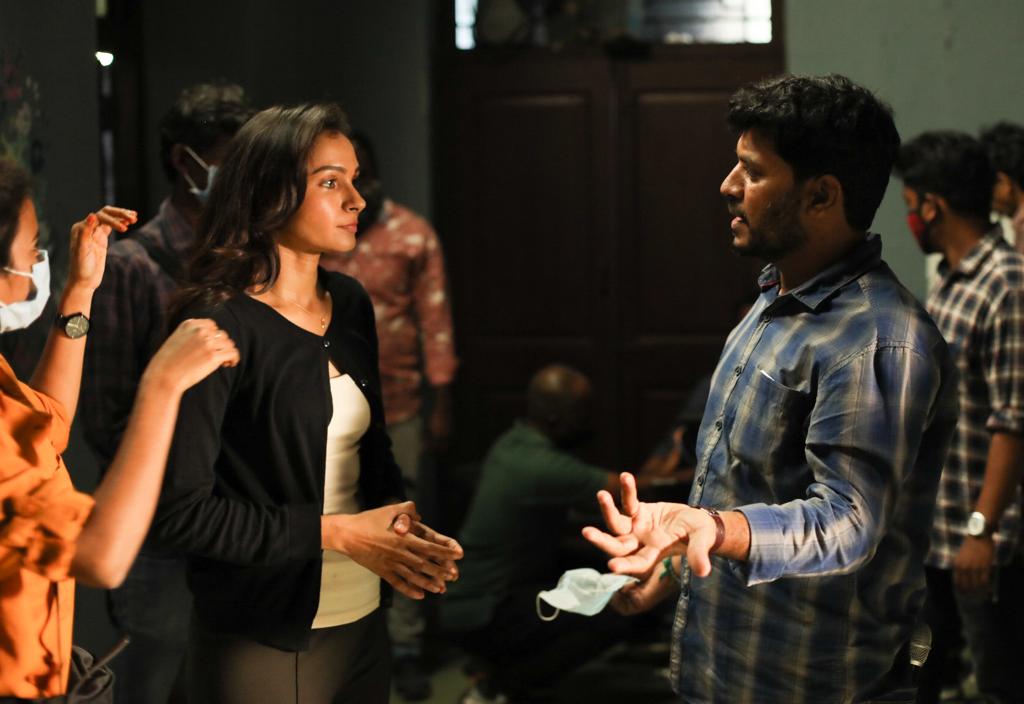 Focus Films is a new film production company and their first movie’s shoot has commenced. The movie is still untitled.

This movie is about mermaid and is being directed by Dinesh Selvaraj who has earlier directed the movie titled ‘Thuppaki Munai’. An artificial set work has been constructed at a cost of around fifty lakhs at T.Nagar in Chennai and the shoot has commenced. After completion of shoot at T.Nagar, the movie crew would be moving to Tiruchendur Manappadu to shot in the sea and it’s shores.

Andrea Jeremiah has been roped into this movie to play the lead role as a mermaid. Along with her, Sunaina, Munishkanth, Indhumathi and around fifty kids have been casted in the movie.

Balasubramaniem would be handling the cinematography. Art work of the movie would be managed by CRAWFORD. Since the movie would have lots of computer graphics and animation shots in it, Animation works would be carried out by LORVEN. Movie would be produced by Focus Films.

The shoot of this movie is expected to get completed by this February and has been planned to release during this 2022 summer.